has a wide distribution in the Neotropics, ranging from Costa Rica to northern Argentina ( Ridgely and Tudor 2009, Fitzpatrick and Kirwan 2017). In Brazil, its occurs in the southernmost part of the country in all states except Santa Catarina and Rio Grande do Sul ( Sick 1997, Sigrist 2009). This species occupies a great variety of forest habitats, in addition to parks, gardens, mangroves, shrubby areas and the cerrado ( Fitzpatrick 2004). However, it prefers semi-open environments, either xerophilous or subxerophilous ( Giraudo and Baldo 1998), occupying the middle and lower strata of vegetation ( Narosky and Yzurieta 2010).

On 12 December 2013, I found 1 individual in vocal activity in a gallery forest in the municipality of Dezesseis de Novembro (28°10′46″ S, 055°03′12″ W), northwestern Rio Grande do Sul, southern Brazil ( Fig. 1 View Figure 1 ). GoogleMaps   Both   GoogleMaps a photograph ( Fig. 2 View Figure 2 ) and an audio recording (after playback) were obtained as evidence for the record. Additional photographs were published on the Wikiaves   GoogleMaps website (http://www.wikiaves.com) and the voice recording was uploaded in the online digital archive Xeno-Canto   GoogleMaps (http:// www.xeno-canto.org) under the number XC367617 View Materials . The locality is near the Rio Ijuí and is characterized by the presence of small xerophytic woodlands with approximately 3 m high, interspersed with grasslands used for cattle ranching and agriculture ( Fig. 3 View Figure 3 ).

To confirm the identity of the bird, I compared the photographs obtained in the field with illustrations and descriptions presented in the literature (e.g., Ridgely and Tudor 2009, Sigrist 2009, Narosky and Yzurieta 2010, Fitzpatrick and Kirwan 201 7). The overall brownish coloration of the upperparts, rather broad whitish supercilium and conspicuous dirty white wing-bars, along with bill shape and color (dusky with mandible pale-colored at base), are distinguishing field marks that in combination allow to exclude potential confusion species present in the same area, such as the Southern Beardless-Tyrannulet, Camptostoma obsoletum (Temminck, 1824)   and the Southern Scrub-Flycatcher, Sublegatus modestus (Wied, 1831)   . I also compared the audio recording with vocal samples deposited at the Xeno-Canto and found that it presents the same structure of several recordings from southeastern and southwestern Brazil (e.g., XC20300 and XC10219 from São Paulo, and XC81646 from Mato Grosso do Sul).

During the observation, I noted the use of the higher and midle layers of vegetation (<3 m height) and the effective response to playback, in addition to the capture in flight of caterpillars found on leaves in the understory.

The presence of this individual in northwestern Rio Grande do Sul is possibly related to the regular occurrence of the species in neighboring areas of Argentina ( Narosky and Yzurieta 2010), about 50 km away from the record site. Even though habitat characteristics are apparently appropriate for the species in the area, it is not possible to affirm that P. murina   is regular there, considering that the area was sampled other 3 times along 2013, when the species was not detected.

Migratory movements of P. murina   are known in Bolivia (Chesser 1997), Paraguay ( Hayes et al. 1994) and northeastern Argentina ( Giraudo and Baldo 1998). In Brazil, strong evidence of migratory behavior was obtained in southeastern Mato Grosso ( Willis and Oniki 1990) and, in the northeastern Caatinga, the species was considered a partial austral migrant, with only part of the population migrating ( Pereira and Azevedo-Junior 2013). I suspect that the present record results from this species’ migratory behavior, perhaps compounded with the effects of deforestation that occurred in northwestern Rio Grande do Sul in the past, as reported elsewhere for this ( Ridgely and Tudor 2009) and other species ( Alvarenga 1990, Wil- lis 1991). It is important to emphasize that an increase in the range of P. murina   has been reported in other countries such as Costa Rica ( Sandoval et al. 2010) and Ecuador ( Solano-Ugalde and Real-Jibaja 2010). 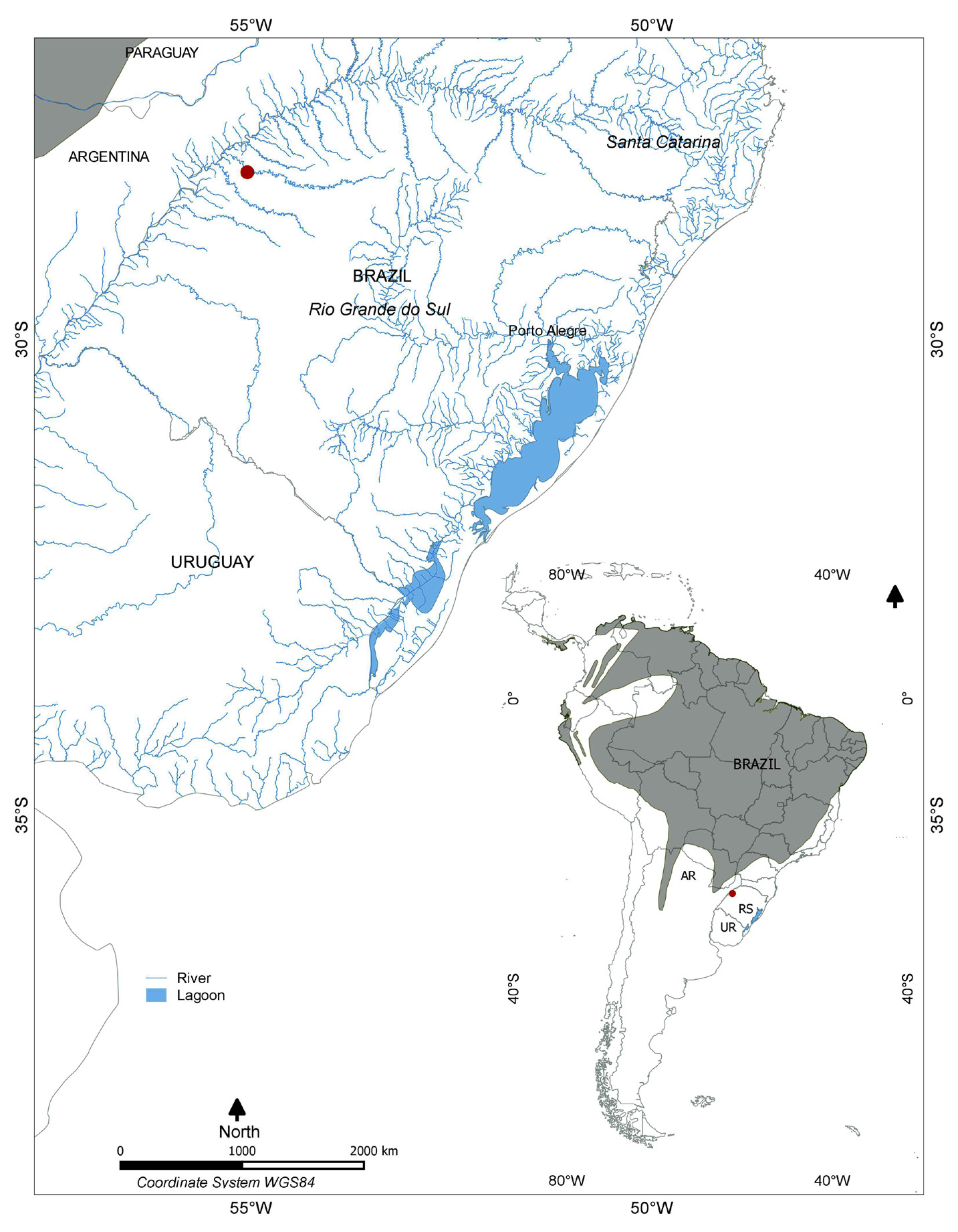 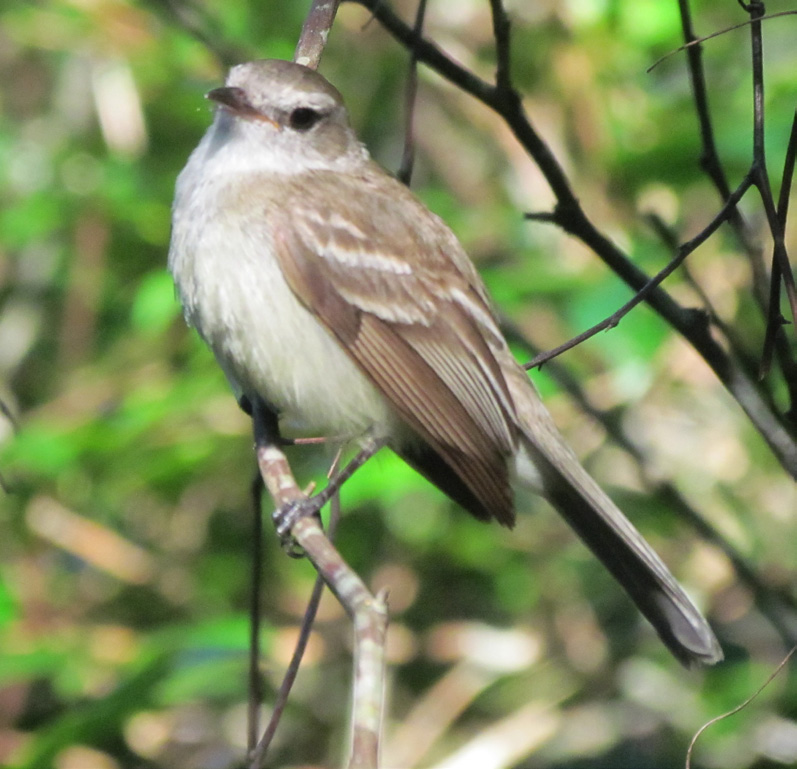 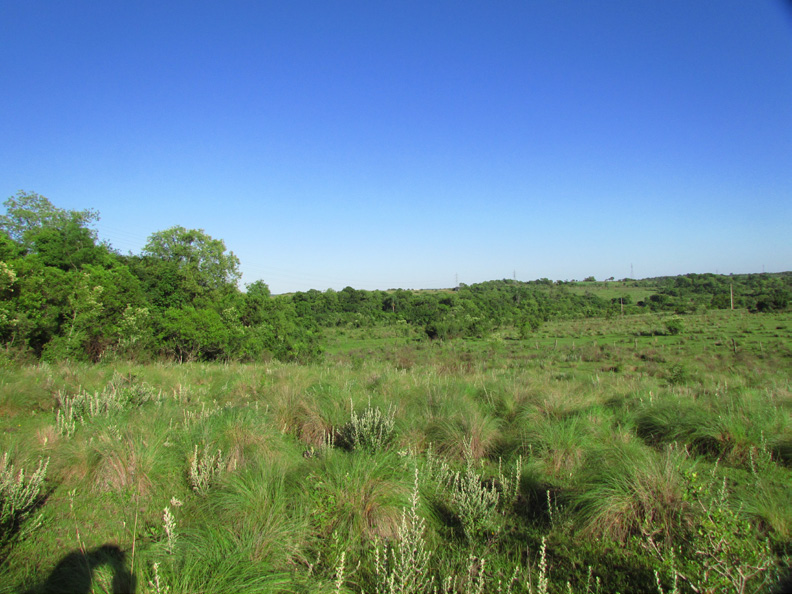