Introduction. This is a small genus of two species restricted to South America. Little is known about them. Carpochloroides viridis Cockerell   forms almost globular galls on the small twigs and petioles of its Myrtaceous host plants ( Ferris, 1957b). The adult female, first-instar nymph and adult male ( Fig. 29 View FIGURE 29 ) were described in Hodgson and Miller (2010).

Comment. The only other adult male eriococcid in the Gondwanan-group from South America that has glandular pouches and a short stout penial sheath is that of Stibococcus cerinus Miller & González   but the male of C. viridis   has 1-segmented tarsi whereas S. cerinus   has 2-segmented tarsi. 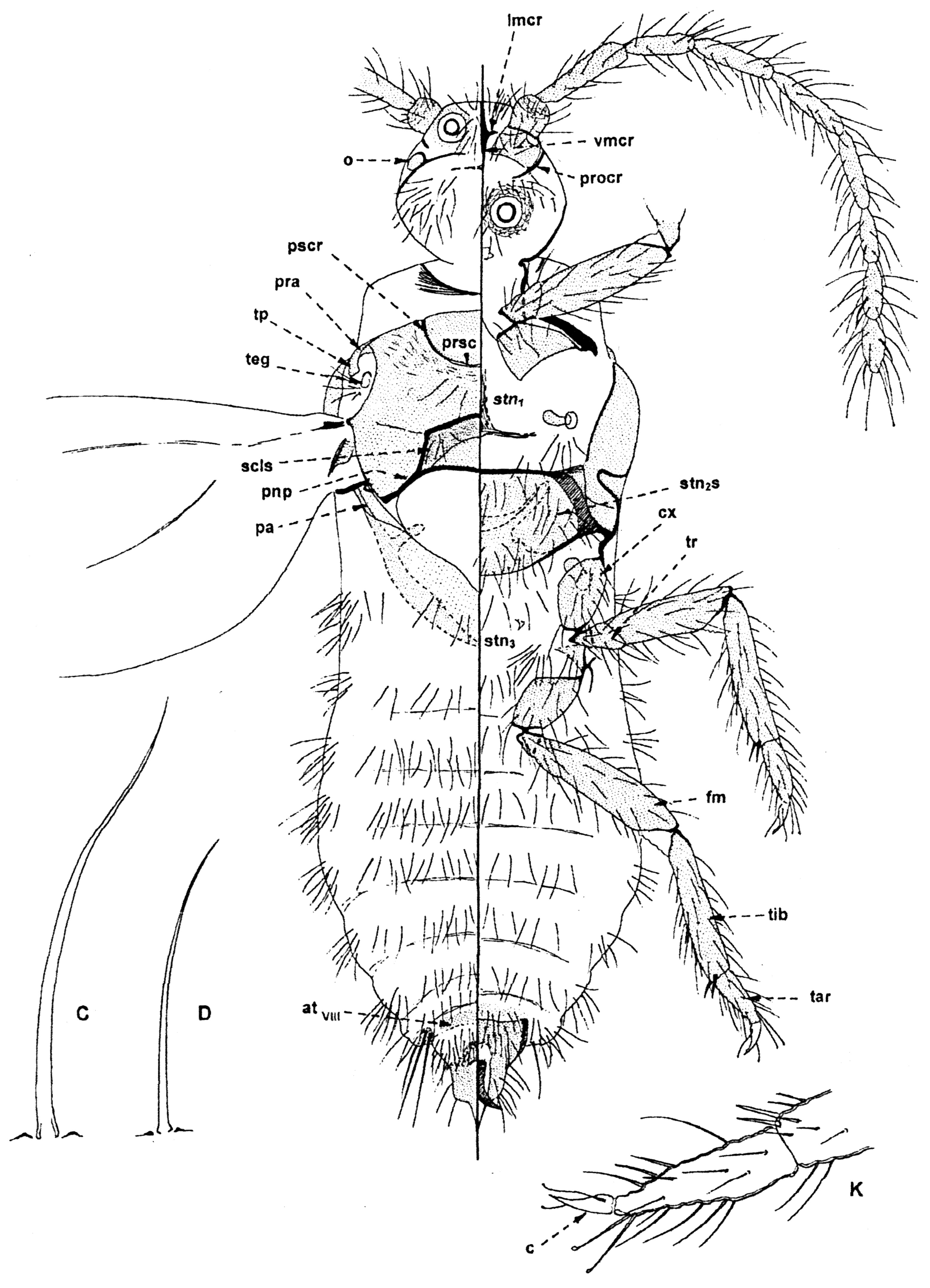