Etymology. Named in honor of a woman named Maugerie known to the author of the species.

Variability. The shells are more or less inflated and the spire more or less elevated. Dead-collected shells of A. maugeriae   also stand out by their pale brown dorsum. The fine labral dentition is uniformly in strength and appearance. The general shell outline varies only slightly in the examined specimens from Florida, Honduras and Brazil.

Remarks. Cate (1977: 361) mentioned Brazil as the southernmost distribution for this species. Unfortunately, this could not be confirmed, and even Cate did not show or refer to a specimen in a public collection originating from there. Agudo-Padrón et al. (2009: 5) mentioned the occurrence of A. maugeriae   in the Santa Catarina State of Brazil but did not show a specimen. Their identification cannot be confirmed.

Archierato maugeriae   is the second colourful taxon within the genus similar to the eastern Pacific A. columbella   . The Caribbean species differs from the latter by the smaller size, the rhombic instead of pyriform shell outline, the close-set, less developed labral denticles, the projecting posterior-most columellar denticle, the short siphonal canal, the sinuous aperture, the roundly edged dorsum, the roundly callused labrum without a sloped anterior portion and the ventrally sinuously shaped labrum. Archierato panamaensis   is distinguished in the same way from A. maugeriae   and also less colourful (see discussion above). The shape of A. galapagensis   is separated immediately by the quite different shell outline.

The common English name of Archierato maugeriae   is “green Erato   ” (e.g., Itis 2017). It is seemingly based only on interpretations that are unaware of the real coloration and shell morphology of the type specimen. All Caribbean Erato   are usually called ‘ Hespererato maugeriae   ’ ( Abbott 1974: 147; Cate 1977: 361) without scrutinizing the possible existence of different species. An in-depth study of material collected throughout the Caribbean, however, presents a higher diversity than ever presumed and the usually called ‘green Erato   ’ presents a different species described herein (compare Archierato janae   ).

Redfern (2001: 54, pl. 24, fig. 231) published on a specimen from beach drift from Abaco, Bahamas with ‘olivegreen’ dorsum. The dorsal coloration resembles the holotype of A. martinicensis   but the shell outline differs slightly and the labral dentition is somewhat coarser. No specimens were available for study. Therefore, the identity of the Erato   from Bahamas is uncertain.

Petuch & Myers (2014: text fig. 7.5E) published a dorsal view in small size of an Erato   . A dorsal view and generally small sized photos of minute shells are not enough for a safe identification. The unique brown shell coloration as well as the shell outline resembles closely the lectotype of A. maugeriae   but it also resembles A. guadeloupensis   . 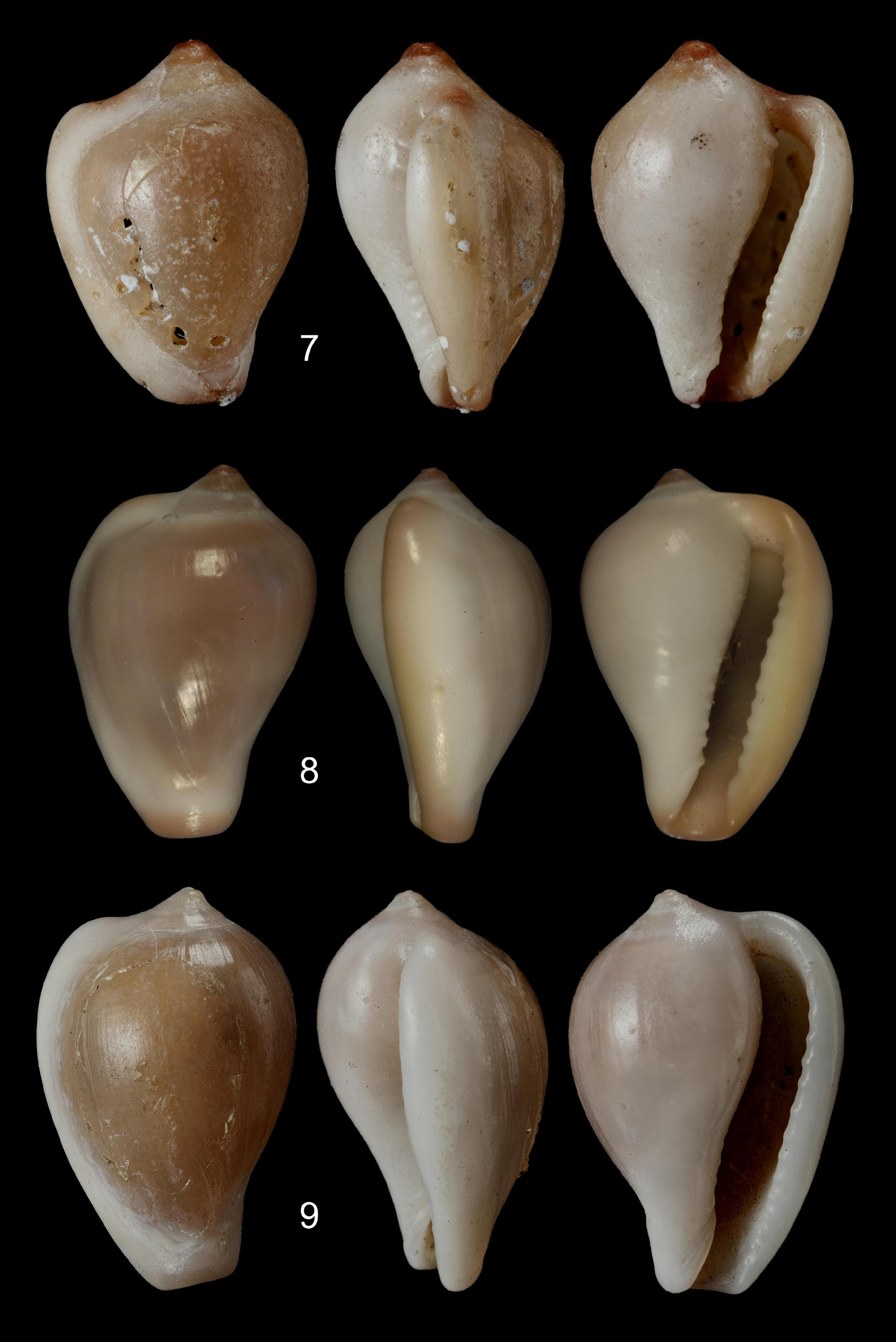 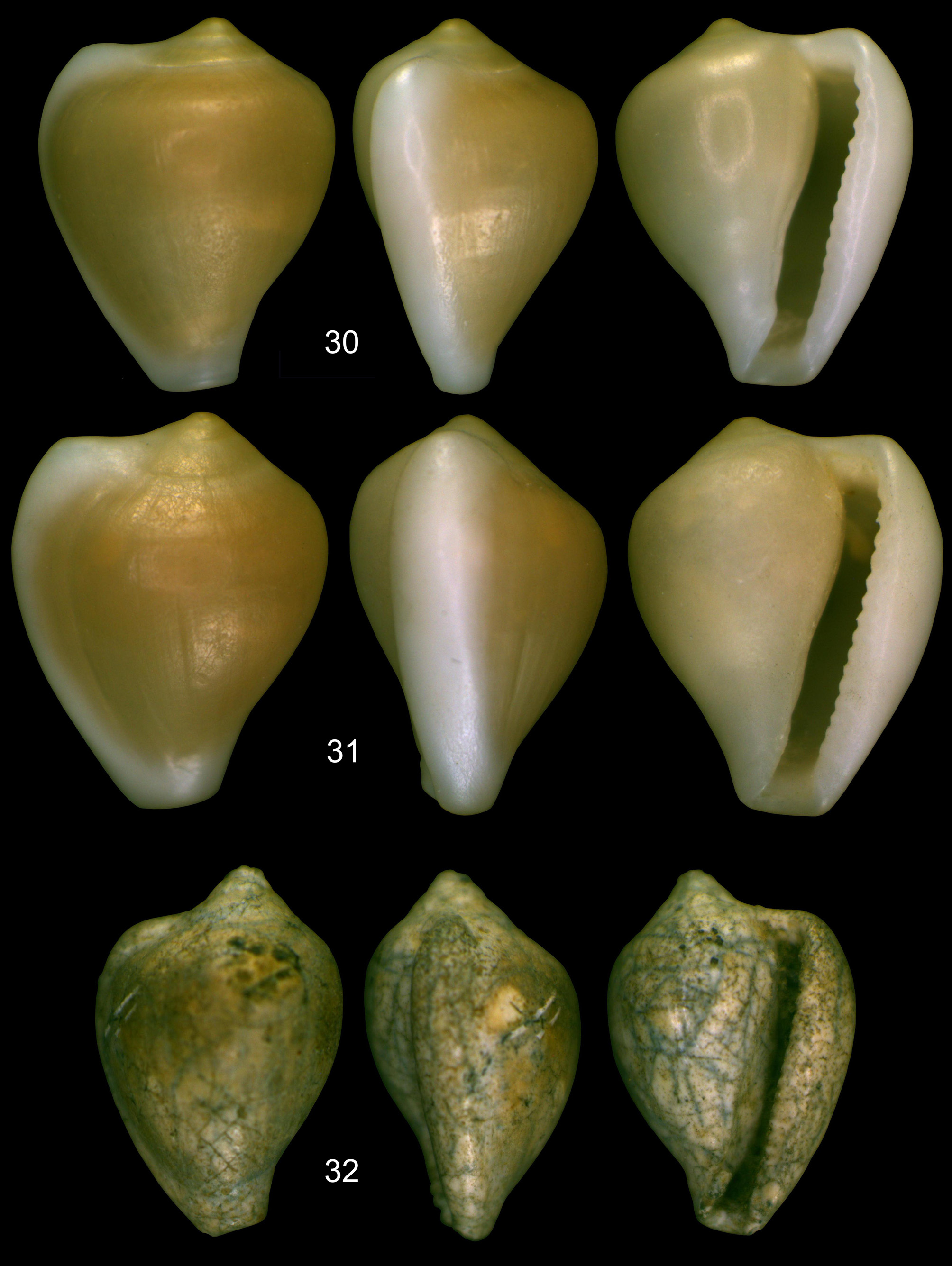 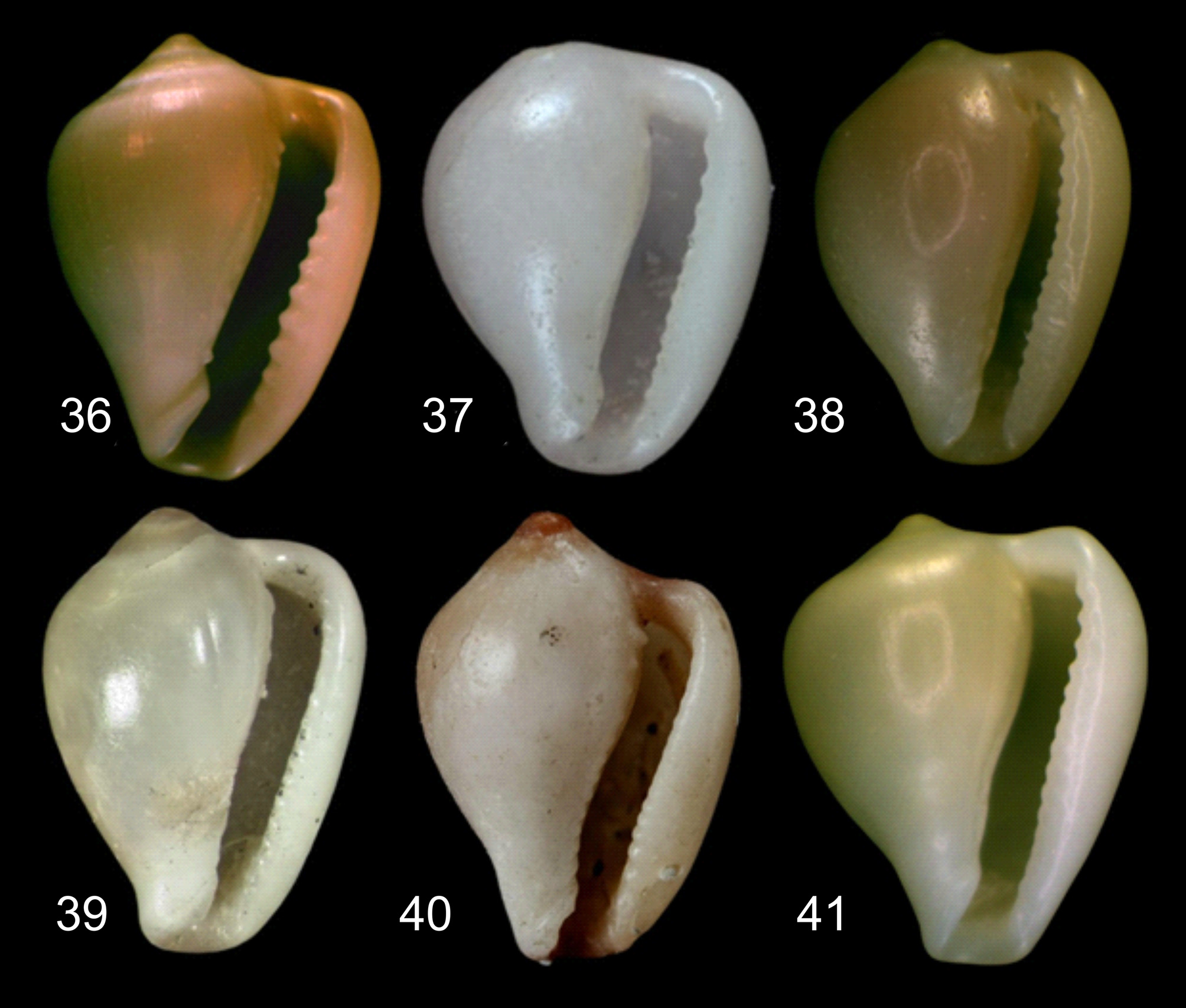 FIGURES 36–41. Comparison of the W Atlantic Archierato species (the shells are equally sized for better comparison, consider, e.g., Tab. 1 for their real dimension). 36. A. guadeloupensis, holotype. 37. A. dalli, holotype. 38. A. dalli, off Florianópolis, Santa Catarina State, Brazil. 39. A. martinicensis, holotype. 40. A. maugeriae, lectotype. 41. A. janae, holotype.