Remarks. This is one of the smallest species of Brachyscelus   with records of ovigerous females at about 3.0 mm long ( Stephensen 1925). It is most similar to B. globiceps   as discussed under that species.

Distribution. A relatively rare species, known from a few isolated records, mainly from tropical regions, from all of the world’s oceans. In the Mediterranean Sea it is most common in the eastern basin. In the Atlantic it has been recorded from near the Canary and Cape Verde Islands in the north and the tropical western part from Cuba to the Gulf of Mexico. In the Pacific it has been found in the Northern Central Gyre ( Shulenberger 1977) and off Chile and Peru, with one record from the Tasman Sea (see Material examined). Specimens from near the Maldives and off South Africa (see Material examined) are new records for the Indian Ocean. Most records are from near surface waters. 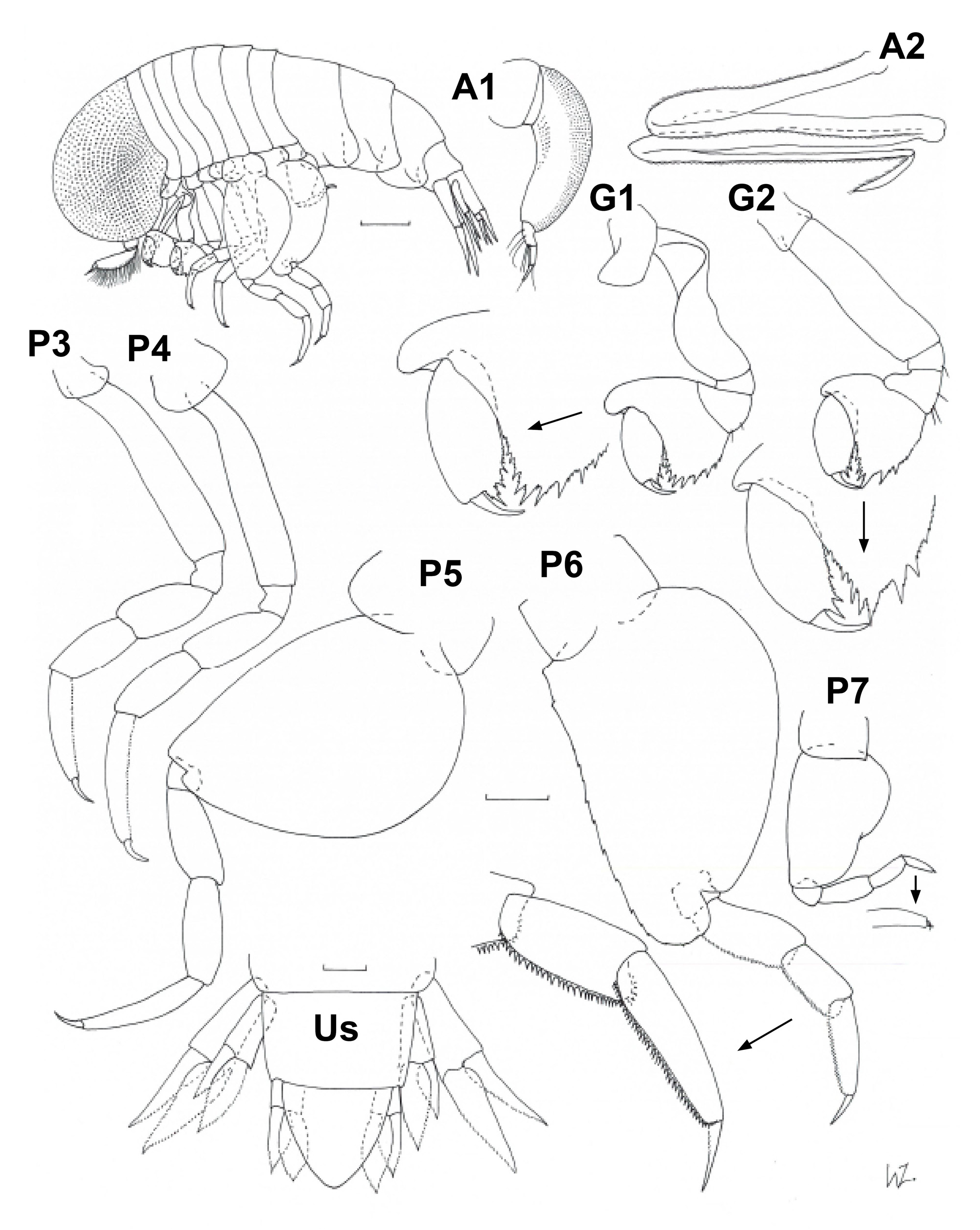