Type material. Type material of Schnehagenia rapax   could not be found in any major European museum and is considered lost. Claus (1887) provides a figure of a mature male (about 10 mm) but does not illustrate P5 or P6 which best characterise species of Brachyscelus   . Claus (1887) does not document any other specimens and no precise type locality is given, just “Vom Capit. Schnehagen am Cap gefangen”, probably off the Cape of Good Hope.

Remarks. This species was inadequately described by Claus (1871, 1879, 1887) and his later illustration ( Claus 1887) omits some important characters, especially details of pereopod 6, the basis of which is a useful character to distinguish species of Brachyscelus   . Thus, B. rapax   might be considered a species of doubtful status. The only subsequent record of B. rapax   by Barnard (1932), prior to Vinogradov et al. (1982, 1996), represents B. rapacoides   (specimens examined). Barnard (1940), Siegfried (1963), and Dick (1970) also refer to this record. Vinogradov et al. (1982, 1996) recognise the validity of B. rapax   but regard B. rapacoides   a junior synonym and illustrate a specimen of B. rapacoides   . As a result, subsequent authors referring to this reference, to make their species determinations, may also have confused the two species and some of the above records could be erroneous. Thus, while the true identity of B. rapax   might be in doubt the specimens listed above are most similar to B. rapax   as described and illustrated by Claus rather than any other species. In particular the morphology of the gnathopods, pereopod 7 and urosomite are very similar, although in the male illustrated here (fig. 12) the carpus of gnathopod 1 lacks the rounded antero-distal lobe overlapping the propodus, but this may be a variable character because it is present in other male specimens (fig. 11). The basis of pereopods 5 and 6 is not very clear in the illustration of Claus (1887) but seem to be rounded without any large lobes, unlike B. crusculum   or B. globiceps   . Also, the head of males of the latter species is rounded. Similarly, both sexes of B. macrocephalus   have a relatively large, rounded head and the basis of pereopod 6 has a relatively large rounded antero-distal lobe. Thus, the above specimens (listed) and B. rapax   , as described by Claus, are most similar to B. rapacoides   but can be distinguished from it as detailed under that species. In conclusion B. rapax ( Claus, 1871)   is here retained as a valid species, based on the specimens examined, because they differ from all the other known species and most closely match Claus’s description of this species. Nomenclatural stability is best served by taking this action rather than relegating Claus’s name to a nomen dubium and describing my specimens as new to science.

Distribution. Based on literature records, some of which may be based on mis-identifications. A rare species, found mainly in tropical waters. In the Atlantic it has been found off South Africa in the south, and near the Cape Verde Islands and the Sargasso Sea in the north. In the Pacific it has been recorded from the South China Sea and the tropical eastern part including the Tasman Sea. In the Indian Ocean it is only known from the south-western region. The record of Zelickman (2005), from the Mediterranean Sea, most likely represents B. rapacoides   . 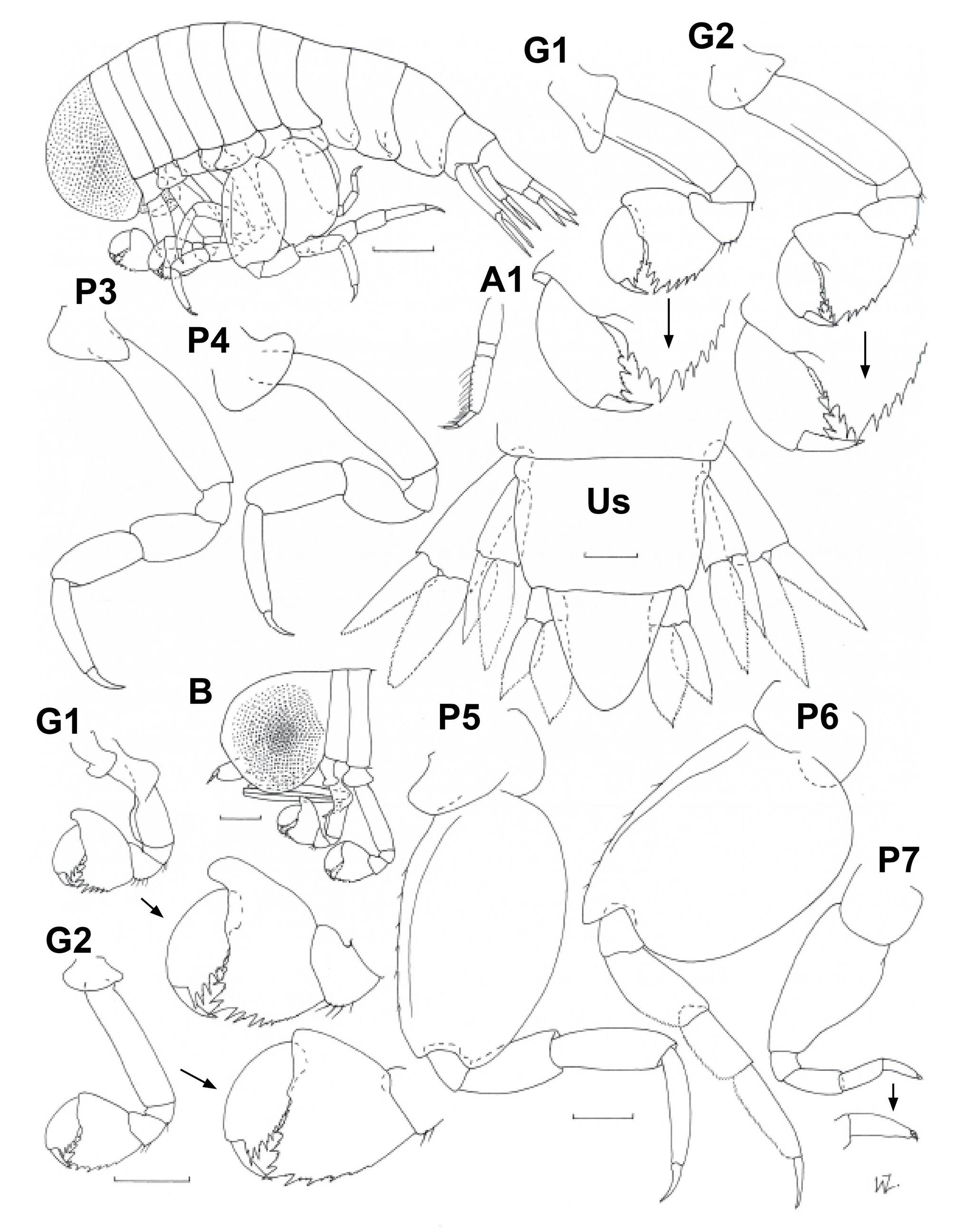 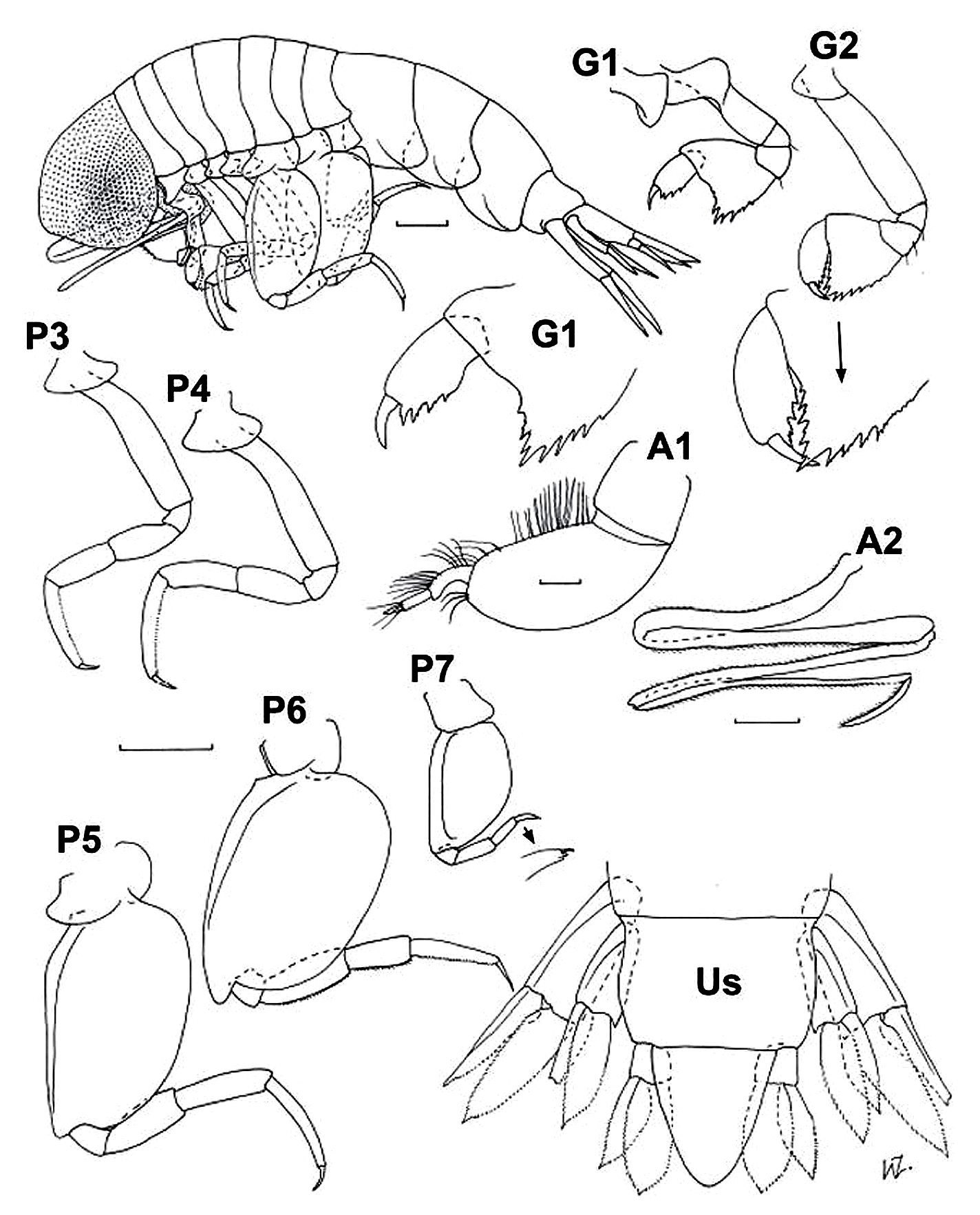