As for A. fedemariai   , this species was first encountered in the early overcast afternoon of 26 December 2016 on the west bank of the R´ıo Mendoza, where it is crossed by RN 142 – a locality given by Ocampo (2010) ( Fig. 3 View Figs ). Two live and two recently dead specimens (two males and two females) were observed, and no new observations on foraging behavior were noted, except that the beetles were wandering around on sand dunes with sparse grass cover. On a return visit to this locality on 30 December 2016, one more male specimen was observed beneath a tangle of low shrubs of Prosopis sp.   ( Fabaceae   ). This species was next encountered during the period 27–29 December 2016 when parts of several dead specimens were found amongst the dunes at the Caucete site (km 550, RN 20). In all five visits to this site, both morning and afternoon, no live specimens of E. belenae   were seen, despite, as reported above, the presence of A. cavifrons   there in large numbers. On the final day in this area, a small series of pitfall traps were installed in the sand dunes. They included four baited with human dung, two baited with red wine vinegar, and four half-filled with water, randomly spaced about 5 m apart. They were set up at about 19:00, at a time when only very few A. cavifrons   were still active and no E. belenae   were seen. The next morning, no beetles were found in the water traps, although several elaterids and tenebrionids and one specimen of Omorgus Erichson   ( Trogidae   ), but no scarab dung beetles, were found in the vinegar traps. The four dung traps contained a total of 12 E. belenae   (five males and seven females), with a single example of A. cavifrons   in one trap. The only other beetles present in these traps were some very small elaterids. The results strongly suggest that E. belenae   is nocturnally active and attracted to fresh human dung. Nocturnal activity for E. belenae   was recorded by Ocampo (2010b), but he also stated that this species, like all other eucraniines except E. lobocephalus   , is not attracted to fresh animal or human dung.The finding of E.belenae   near Caucete is a new record for the province of San Juan.

Although our observations were carried out over only a few days and in a limited area of the Monte biogeographical province, they are of some interest because they either confirm or deviate from and augment previous findings. Observations confirm that all localities where the above three species were found were well-vegetated sand dunes, and no trace of their activity was found in less sandy desert, even if well-vegetated, including all localities visited between Mendoza and Potrerillos, or north of San Juan along RN 40 for 80 km. Ocampo (2005) stated that most colonies of Anomiopsoides   occupy very small areas of roughly no more than 500 m 2. We cannot entirely agree with this because part of the Caucete site that we explored measured approximately 500 × 250 m (125,000 m 2), and it probably extended further in all directions, although these areas were not explored. Similarly, the explored area near Marayes, where A. cavifrons   was encountered, was estimated to be at least 20,000 m 2 in area, and that explored along the R´ıo Mendoza, where A. fedemariai   was found, at least 7,500 m 2. Although there have been several interesting relatively recent reports of eucraniine behavior and biology, it appears that there is still much more to be learned about these unusual scarabs. 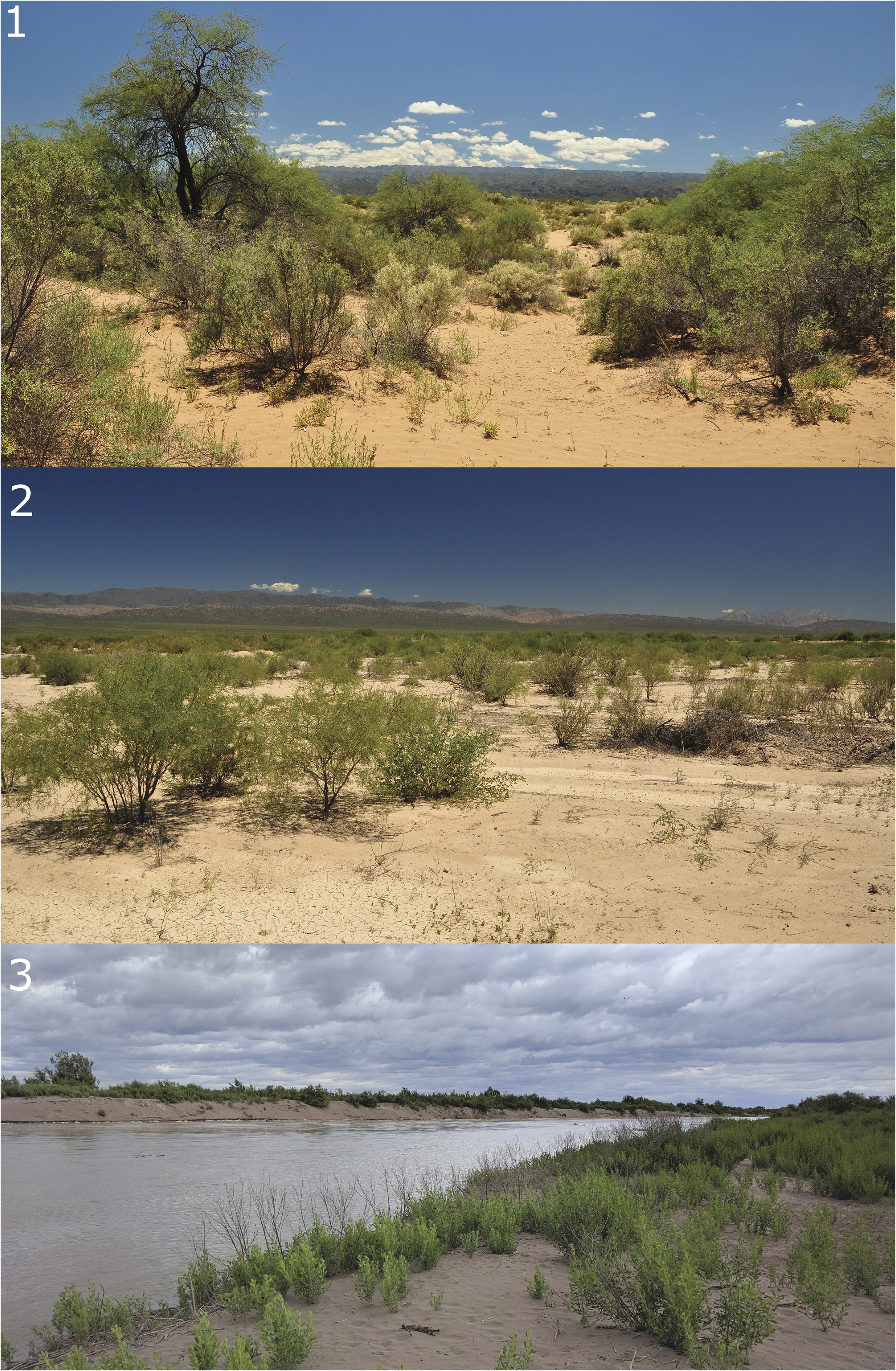