Etymology. The species is named in honour of the famous Persian poet, Khajooi-e Kermani.

Remarks. The new species can be placed in the similisetae  species group (sensu Karg, 1979) based on its short peritremes reaching only the mid-level of coxae II, and differs from other species of the group by the shape of the dorsal shield, which is clearly widest at the level of setae r 3 and tapers posteriorly. This shape is reminiscent of the G. angusta  species group, but differs from most members of that group by its dorsal shield with almost parallel sides in the opisthonotal region (from S 1 to S 4). The species most similar to G. khajooii  is G. zhoumanshuae ( Ma, 1997)  , which, justifiably, was classified in the angusta  species group by Nemati & Kavianpour (2013). In addition to the very similar shape of their dorsal shield, G. zhoumanshuae  and G. khajooi  both have peritremes shortened anteriorly, ending before the anterior margin of coxae II, seven opisthogastric setae (six in G. zhoumanshuae  , but JV 5 may have been illustrated dorsally), three dorsomarginal (R) setae (four in G. zhoumanshuae  , perhaps including JV 5 dorsally), and have a cheliceral fixed digit with a serrated row of small teeth proximally to the pilus dentilis (based on figures in Ma, 1997). Gaeolaelaps khajooii  differs from it at least by having 39 pairs of setae on the dorsal shield, including Px 2–3, which are absent in G. zhoumanshuae  . The new species also resembles Hypoaspis  (sensu lato) atomarius Berlese, 1917  (sensu Van Aswegen & Loots, 1970), which has a similar dorsal shield albeit posteriorly wider, but it can be easily distinguished from H. atomarius  by having one ventral setae on genu IV (two ventrals in G. atomarius  ) and 39 setae on dorsal shield (38 in G. atomarius  , with z 3 absent).

The two minute projections on the posterior margin of the sternal shield are unusual, but also occur in other Gaeolaelaps  species, including G. jondishapouri  , G. nolli ( Karg, 1962)  , G. praesternalis ( Willmann, 1949)  and G. farajii  , and an undescribed species that have dorsal shield shaped similarly to G. khajooii  . It is possible that these minute projections represent the vestiges of gland pores gv 1. 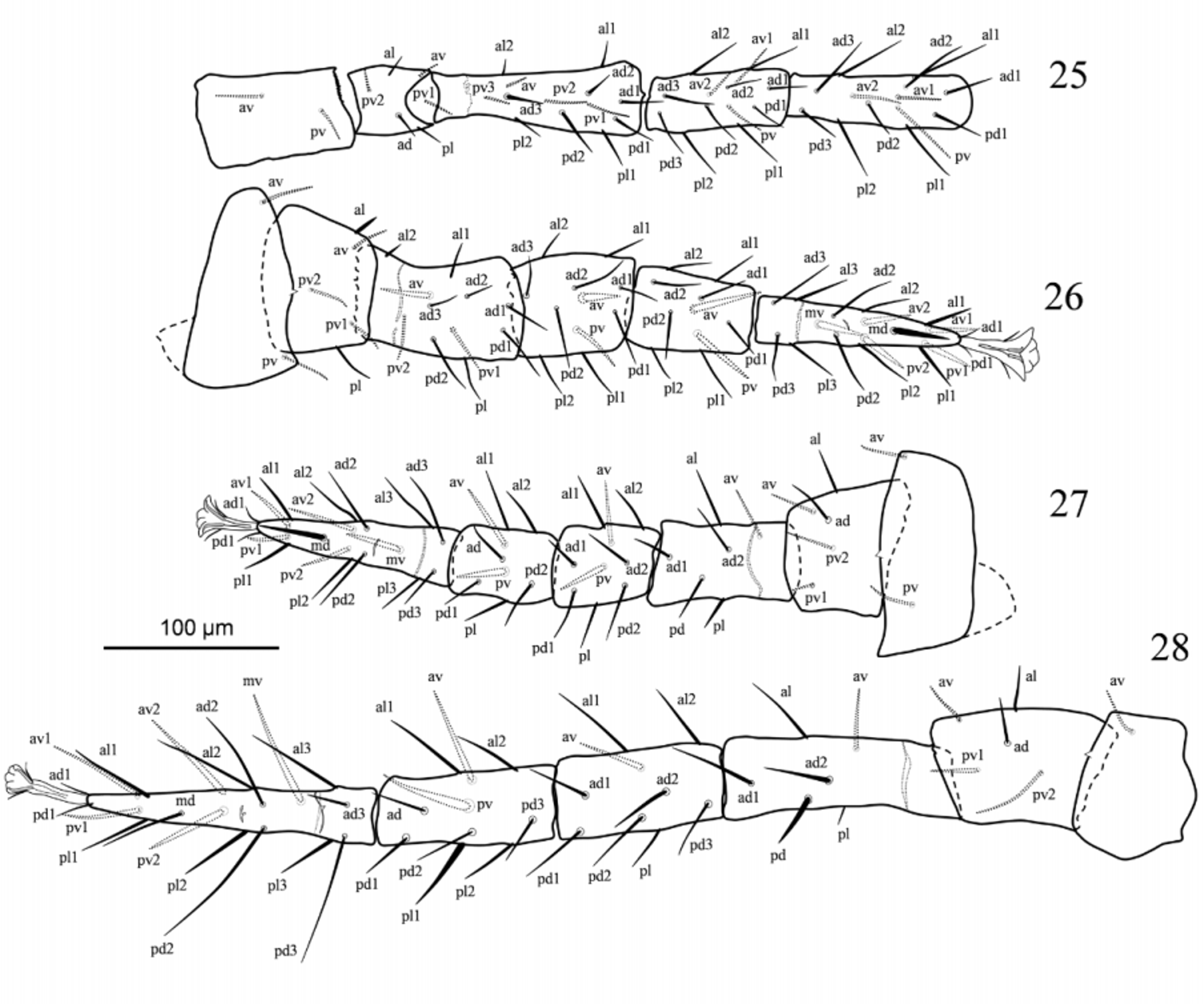