These characters were examined in all known genera of the subfamily (except male characters of Wachsiella ). Parameres of various genera and species and their modifications were figured e.g. by ZAMAL & CHOPRA (1990) and STEHLÍK & JINDRA (2008a).

The systematic position of the genus Wachsiella is doubtful. The profemur of this taxon lacks any longitudinal furrow ventrally, which is a diagnostic character of the tribe Physopeltini . As the genus is known only by the female sex and male characters cannot be considered to elucidate its relationships, I classify the genus here as Physopeltinae incertae sedis. 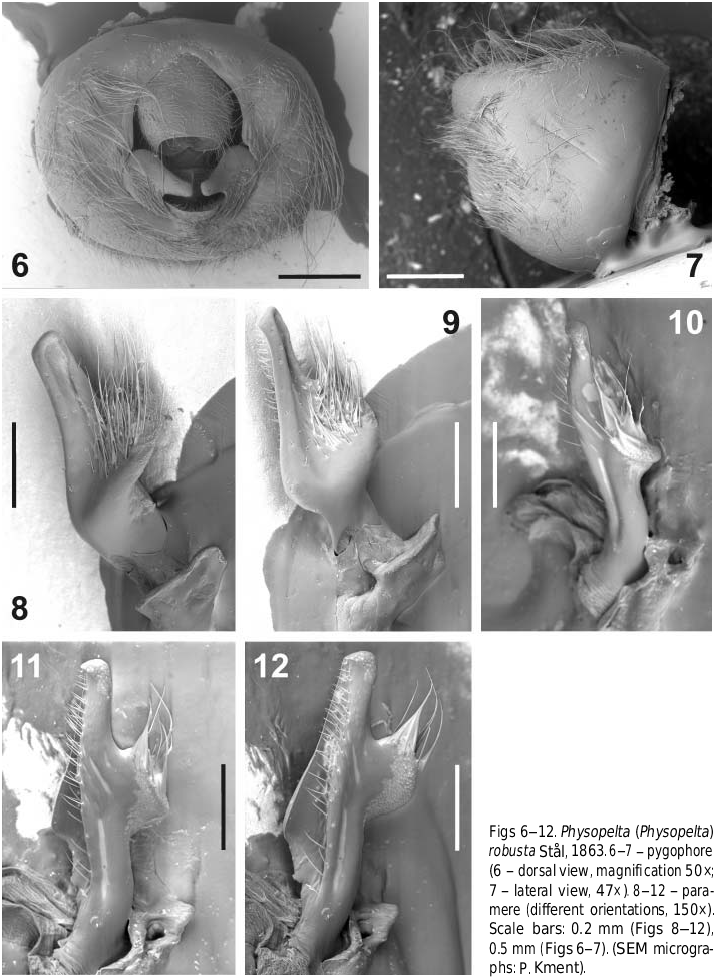