Note. AHMAD & ABBAS (1987) did not explicitely designate a type species for Neophysopelta , but in a comment on p. 136 they stated: ‘this species is at the moment the only species of the genus,’ which should be understood as designation of the type species by monotypy ( KERZHNER 2001).

Diagnosis. Body rather large, relatively narrow. Labium reaching between metacoxae. Antennomere 1 shorter than antennomere 2, much shorter than length of pronotum. Sexual dimorphism markedly developed. Callar lobe strongly gibbose in males, only slightly gibbose in females. Profemora strongly incrassate in males, ventrally provided with a longitudinal furrow along its entire length, bordered with a number of spines on both sides of the furrow ( Figs 19 View Figs 17–19 , 98 View Figs 93–98 ). Profemora distinctly more slender in females, with fewer spines. Protibia of males with a row of small denticles along its entire length but without any strong tooth ventrally near the apex. In females protibia unarmed.

A stridulatory organ occurs in the form of a tooth on the ventral surface of the procoxa (strigil), and a flat, wrinkled area of cuticule on the protrochanter (plectrum) ( Figs 17−18 View Figs 17–19 ). The peritreme of the metathoracic scent glands is roughly horizontal, ca. scimitar-shaped, with a rounded apex, from the ostiole directed posterolaterad ( Figs 20, 22 View Figs 20–25 ). The paramere with its apex shorter and wider and its outer margin basally without angulate process ( Figs 30−34 View Figs 30–34 ).

Comment. Neophysopelta Ahmad & Abbas, 1987 was established by AHMAD & ABBAS (1987) as a genus to accommodate a single species, Physopelta slanbuschii , distinguishing it from all the remaining Physopelta species. AHMAD & ABBAS (1987) distinguished Neophysopelta from Physopelta by the following characters: body bright red; covered with more silvery hairs and long black stiff hairs; antennomere 1 subequal to length of head; spermatheca with a long duct having many coils; paramere with middle dorsal lobe slightly above the middle portion. Physopelta was characterized: dull reddish ochraceous body covered with less silvery hairs and without long black stiff hairs; antennomere 1 distinctly longer than length of head; spermatheca with a short duct; and paramere with middle dorsal lobe more towards the proximal end ( AHMAD & ABBAS 1987). STEHLÍK & KERZHNER (1999) pointed out that all characters used for distinguishing Neophysopelta from Physopelta are variable within the genus, and therefore considered Neophysopelta as a junior subjective synonym of Physopelta. However, as Neophysopelta Ahmad & Abbas, 1987 is an available generic name for the clade of Physopelta which includes Ph. slanbuschii, it is redefined and restituted as a valid subgenus in the present paper.

Included species. The subgenus Neophysopelta in its revised sense includes 20 described species and two subspecies distributed in the East Palaearctic, Oriental, and Australian Regions from Afghanistan, Pakistan and Japan to New Guinea, Solomon Islands, and northern Australia. However, there are several undescribed species from New Guinea and surrounding islands available in collections. 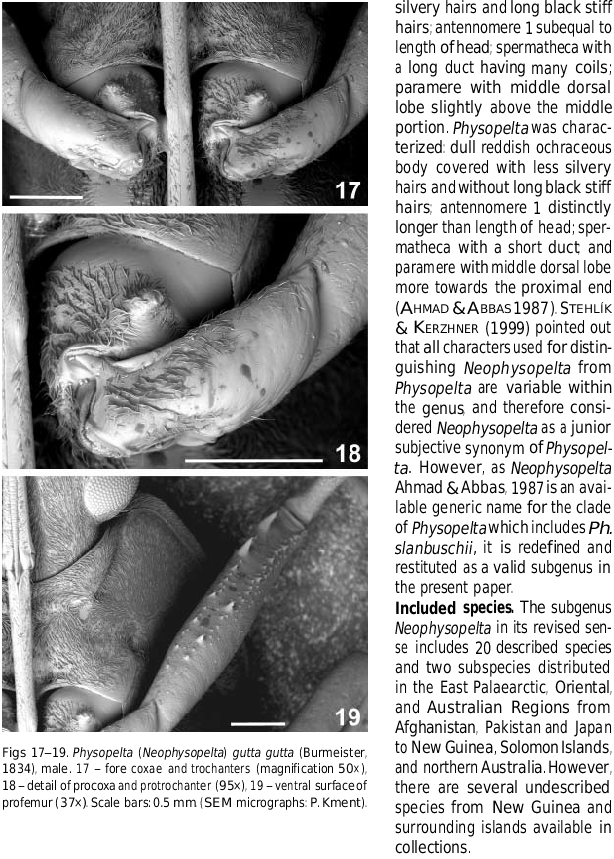 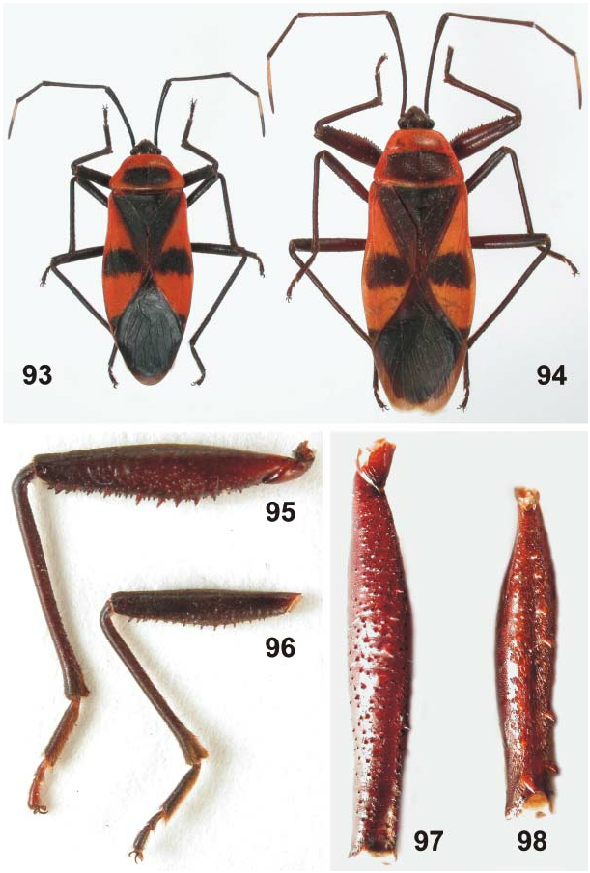 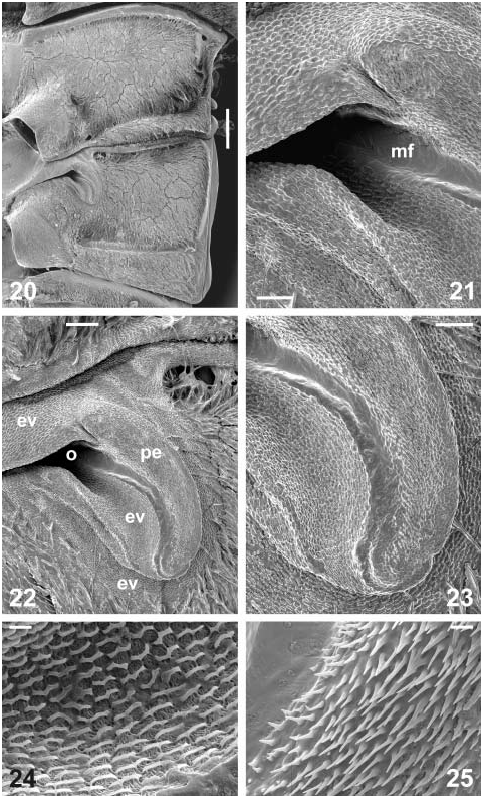 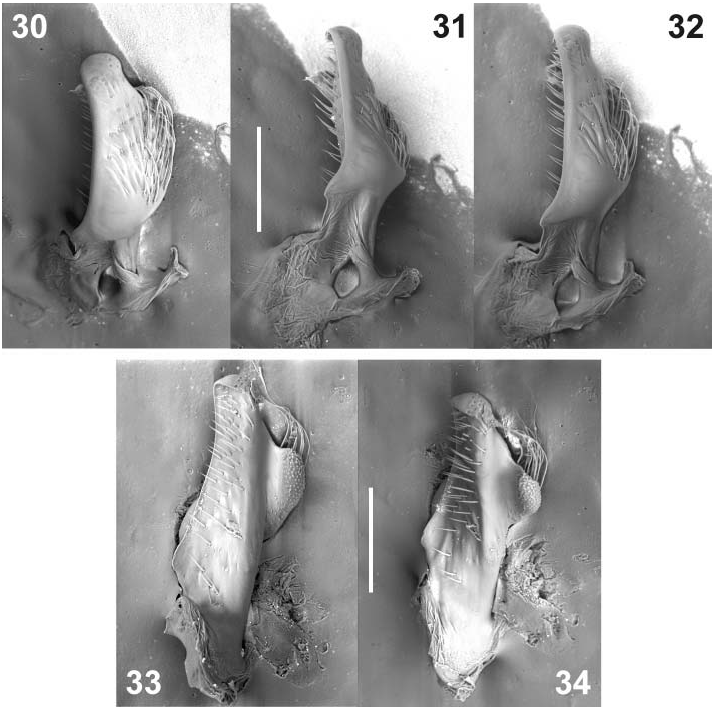