Diagnosis. The male genitalia of P. clarifimbria   are distinguished by the following characters. The socii are broad, tapering and three-dimensional, with median part concave. The gnathos is well developed, with the lateral arms strongly expanded, tongue-like, and the median process small, rod-like and blunt. The valva is short and broad, with terminal half abruptly narrow, and wtih a deep notch mesally; the sacculus is broad; the costa is expanded, slightly concave medially; a spine-like to rounded but acute process is at the base of the valva ( BMNH Slide No. 10697, 10726). The aedeagus is club-like, with two blunt cornuti, each bearing a tiny triangular pointed tooth. The most distinctive character are in the elaborate structures of the male eighth sternite; a pair of large spinose crab-claw like lateral processes; two small triangular, pointed lateral processes; and the simple mesal margin or with two distinctly protruding processes ( Figs 81, 82 View FIGURES 73 – 83 ). The male eighth tergite is deeply U-shaped and concave at the posterior margin, with two even width protrusions. The female genitalia are similar to those of P. antiquadraria   in the developed lamella postvaginalis, which appears as a large pair of sclerites with the deeply dentate margin; the wrinkled ductus bursae; the rounded corpus bursae; and, the similar signum. But the number of the teeth on the margin of the lamella postvaginalis in P. clarifimbria   exceeds that in P. antiquadraria   .

Remarks. All the specimens from Hainan and Borneo have a basal costal process, though they are different shapes from each other. This probably means that this feature is highly variable. It is most likely that the specimens from Hainan and Borneo represent different forms of P. clarifimbria   . It is also possible that more than one species are included. But before to draw a conclusion, a long series of material from various areas of Asia are need to be examined. For the time being we have treated material from Hainan as P. clarifimbria   (pers. comm. with A. Galsworthy). 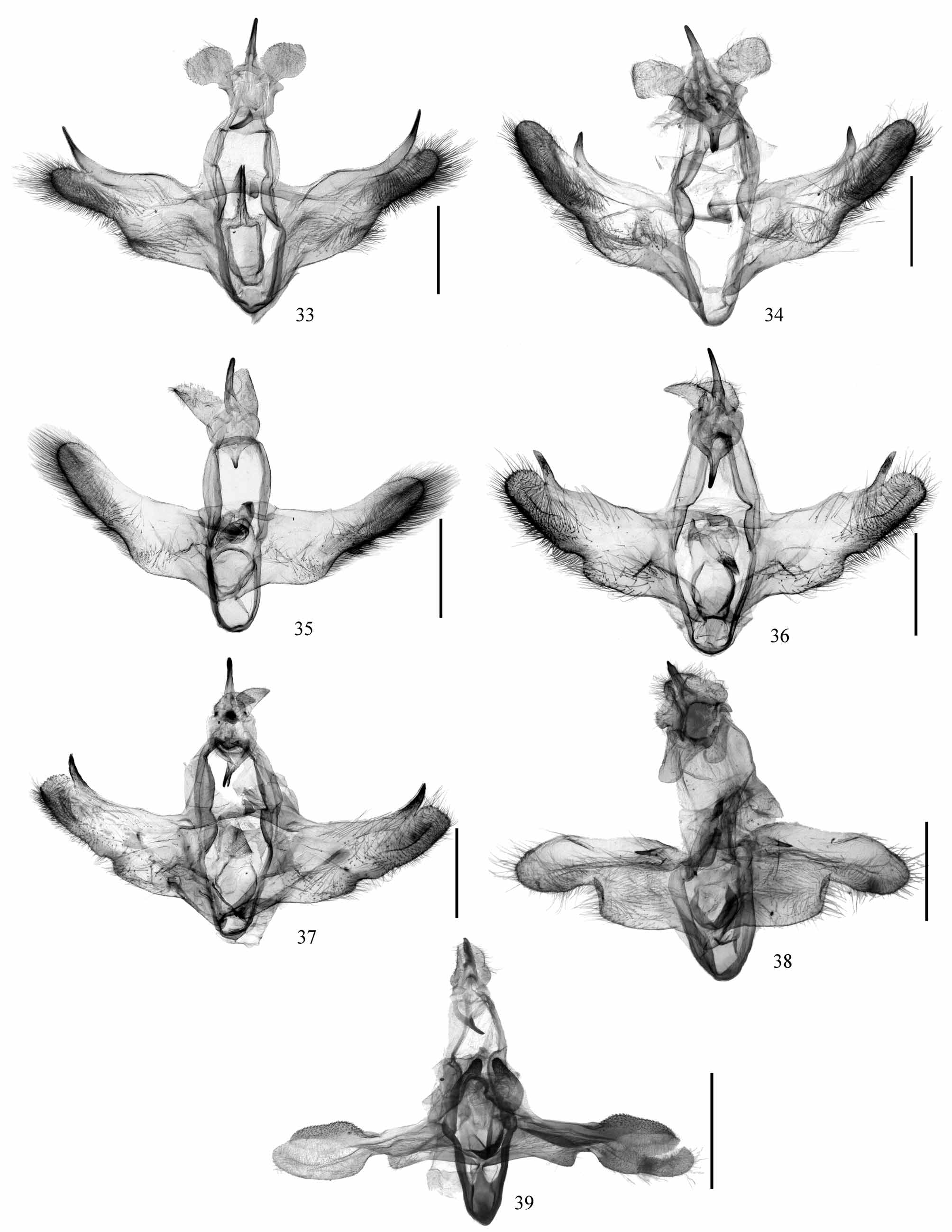