They mostly differ from the holotype by their completely unarmed propodeum, without any trace of teeth or ridges. Moreover, scape and first funicular joint mostly brown. 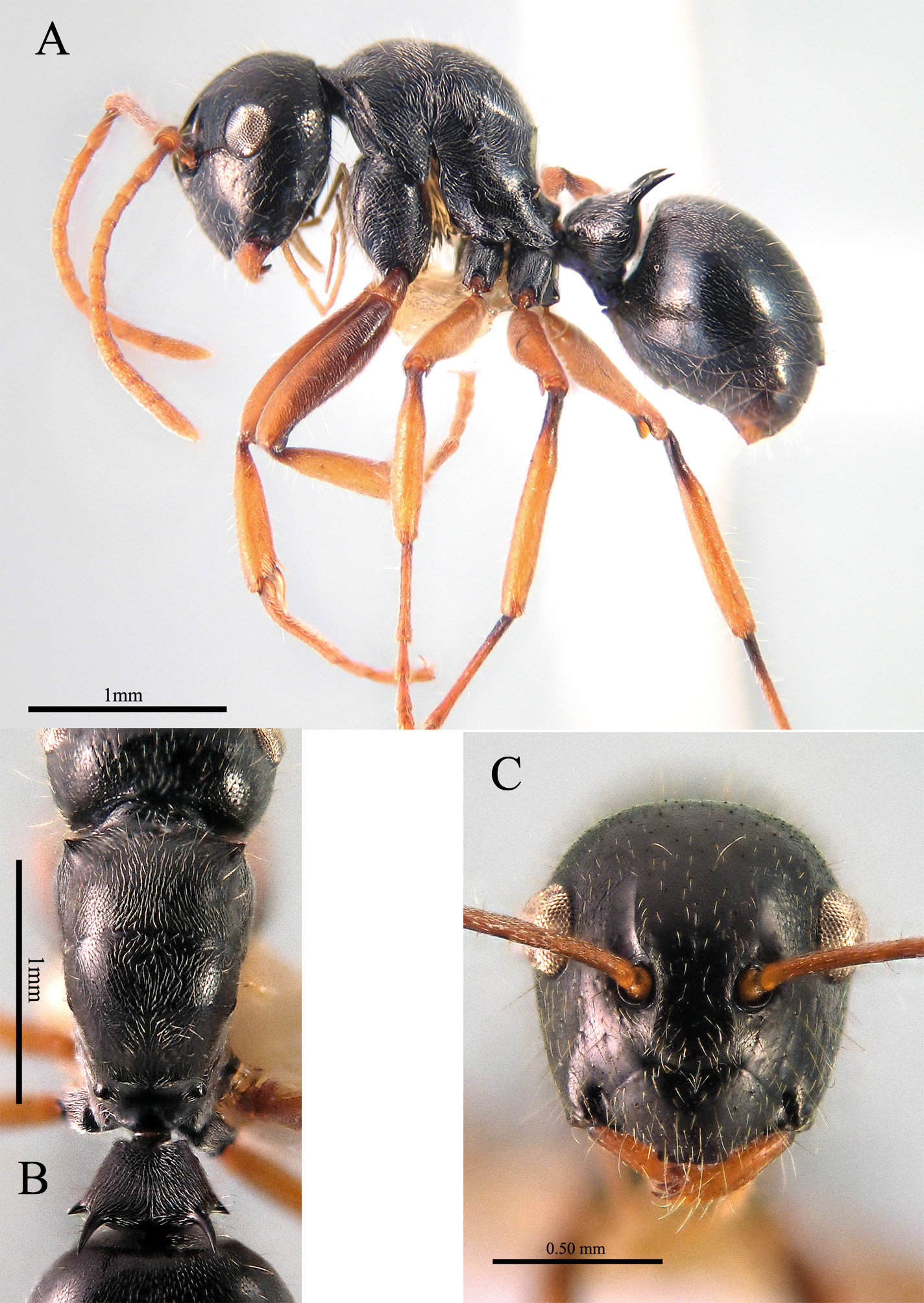