Pubescence fine, whitish, short and moderately dense on most of the body and appendages, but sometimes poorly visible and never hiding the sculpturation. Standing hairs relatively short and moderately abundant on body and appendages, absent from the petiole. Longest hairs occur on head and leading edge of scapes. Few hairs on scapes longer than scape width at midlength; standing hairs on tibiae distinctly shorter than maximum tibial width.

Comment. Polyrhachis brevipilosa  is the smallest species of the revoili  -group. Only P. luteipes  n. sp. (see below) and P. re g e s a Bolton have a comparable size. Polyrhachis luteipes  differs especially for its much weaker sculpturation, paler appendages and immarginate pronotum. Polyrhachis regesa  is very similar to brevipilosa  , but they can be distinguished as reported in the key. I examined the holotype of P. regesa  Bolton and realized that the metanotal suture is not completely wanting as stated by Bolton and a faint trace remains visible under certain lights. Also, the propodeal “tubercles” (in Bolton’s own words) of regesa  look like weak ridges because they are relatively wide and much closer to one another than in brevipilosa  , where they are short and tooth-like. 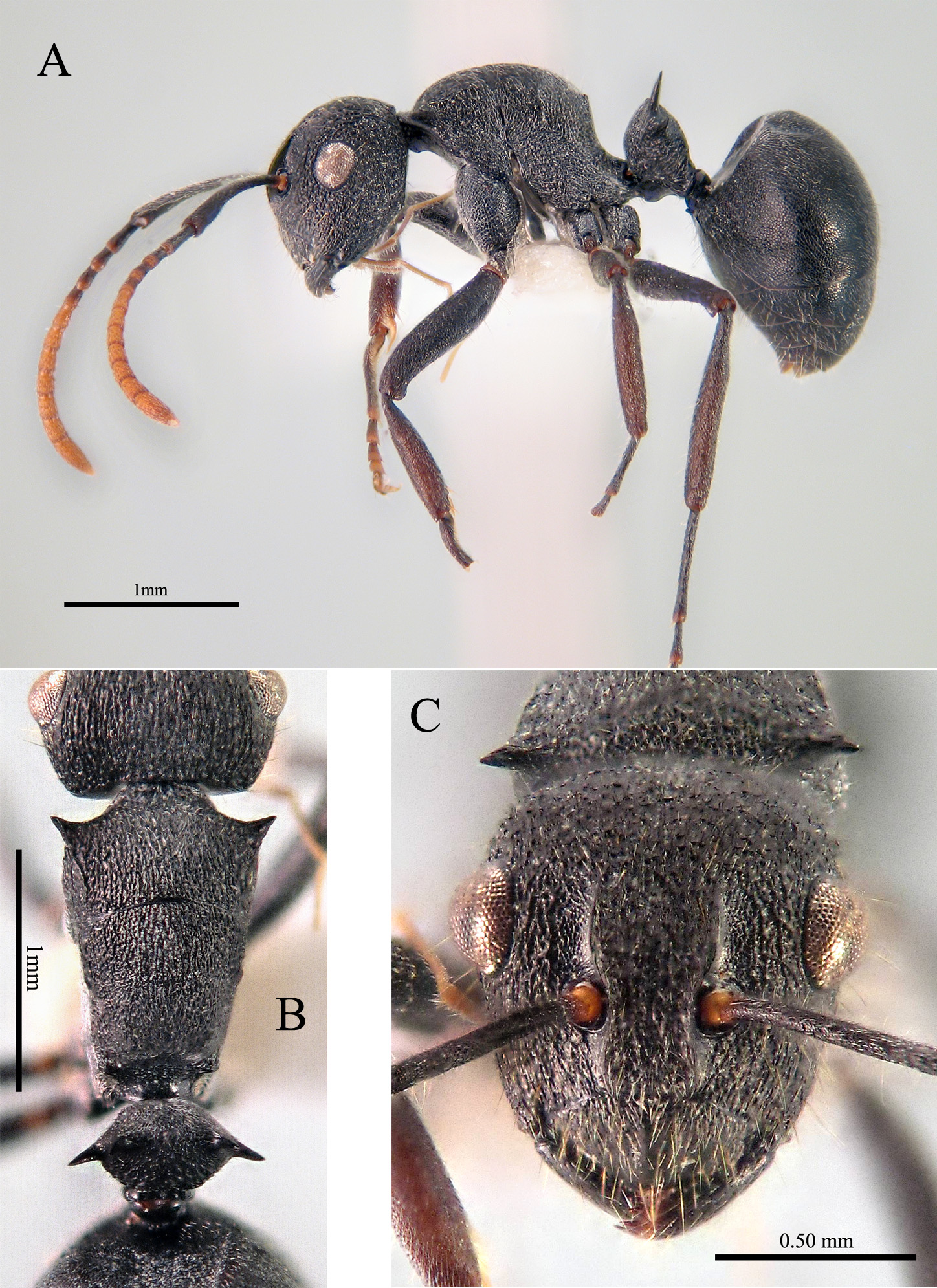