Pygidium with about 12 papillae.

Eupolymnia lacazei n. sp. is relatively similar to two non valid species ( Read & Fauchald 2021): Amphitrite meckelii Delle Chiaje, 1828 and Pallonia rapax A. Costa, 1862 . Actually, these two species were described from the Gulf of Naples and have a red colour with white spots. However, the original description of A. meckelii states that “the cirri and gills are yellowish and branched, body pinkish with white almost pearly spots, feet with yellow bristles”. In contrast, E. lacazei n. sp. has a red body covered by white spots, buccal tentacles pinkish, stems and branchiae red. Morover, as mentioned by Jirkov (2020), A. meckelii should be considered as nomen dubium because this “original description does not provide enough information even to be sure about generic affiliation”. Concerning the original description of P. rapax, Costa says that “the following twenty rings (after the first ring) have on each side a small fleshy foot, in the form of an auricle, bearing a bundle of bristles” and “it lives in sandy bottoms in a tube consisting of grains of sand and crushed shells”. Even if P. rapax shares exactly the same colour pattern as E. lacazei n. sp., this species has 20 notopodia and thus should not belong to Eupolymnia . The two species occur in very different habitats, associated with sandy bottoms for P. rapax and under rocks for E. lacazei n. sp. In the absence of type material, Pallonia rapax should be considered as nomen dubium, as for A. meckelii it is not possible to be sure about its correct generic affiliation. 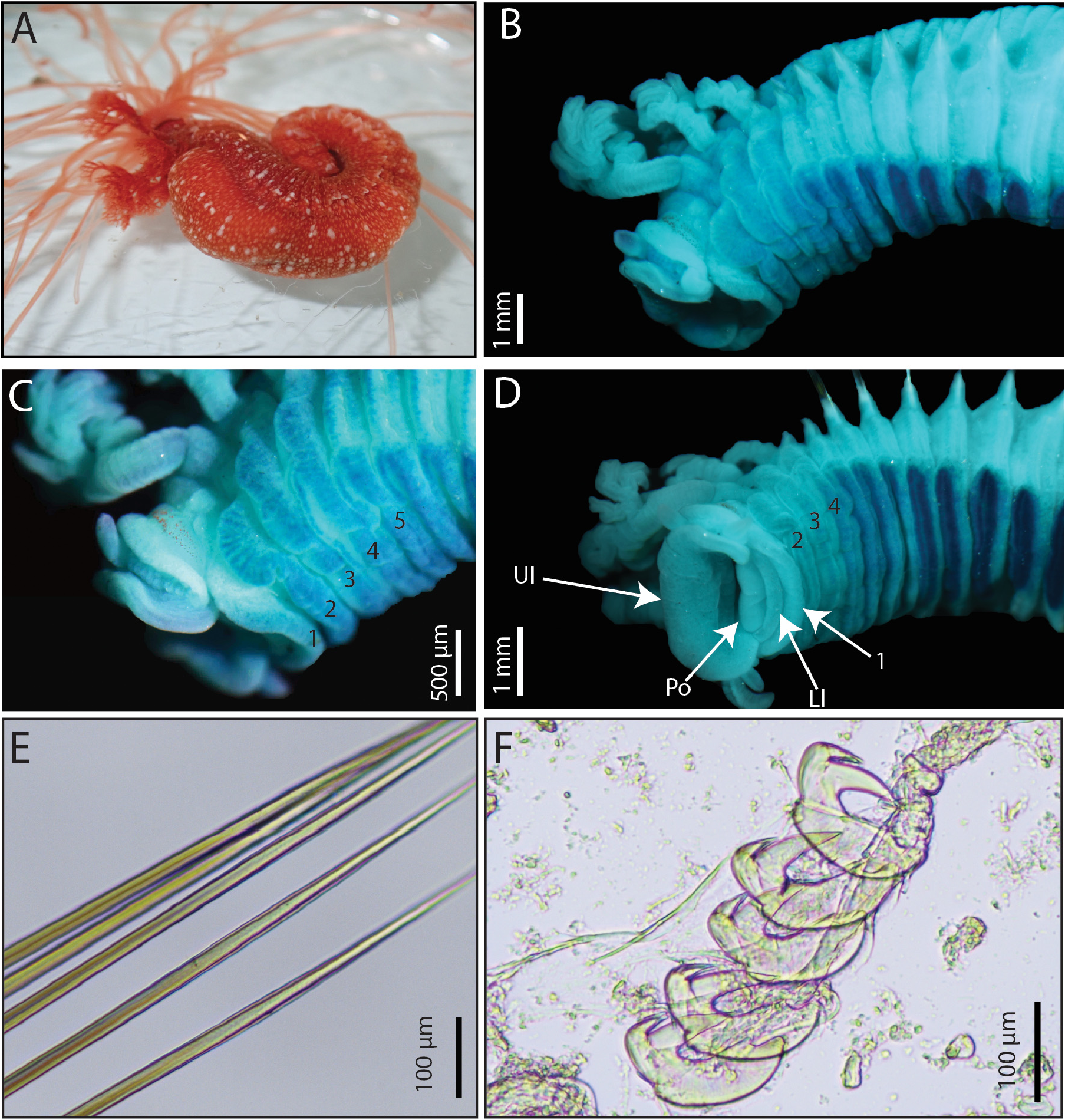 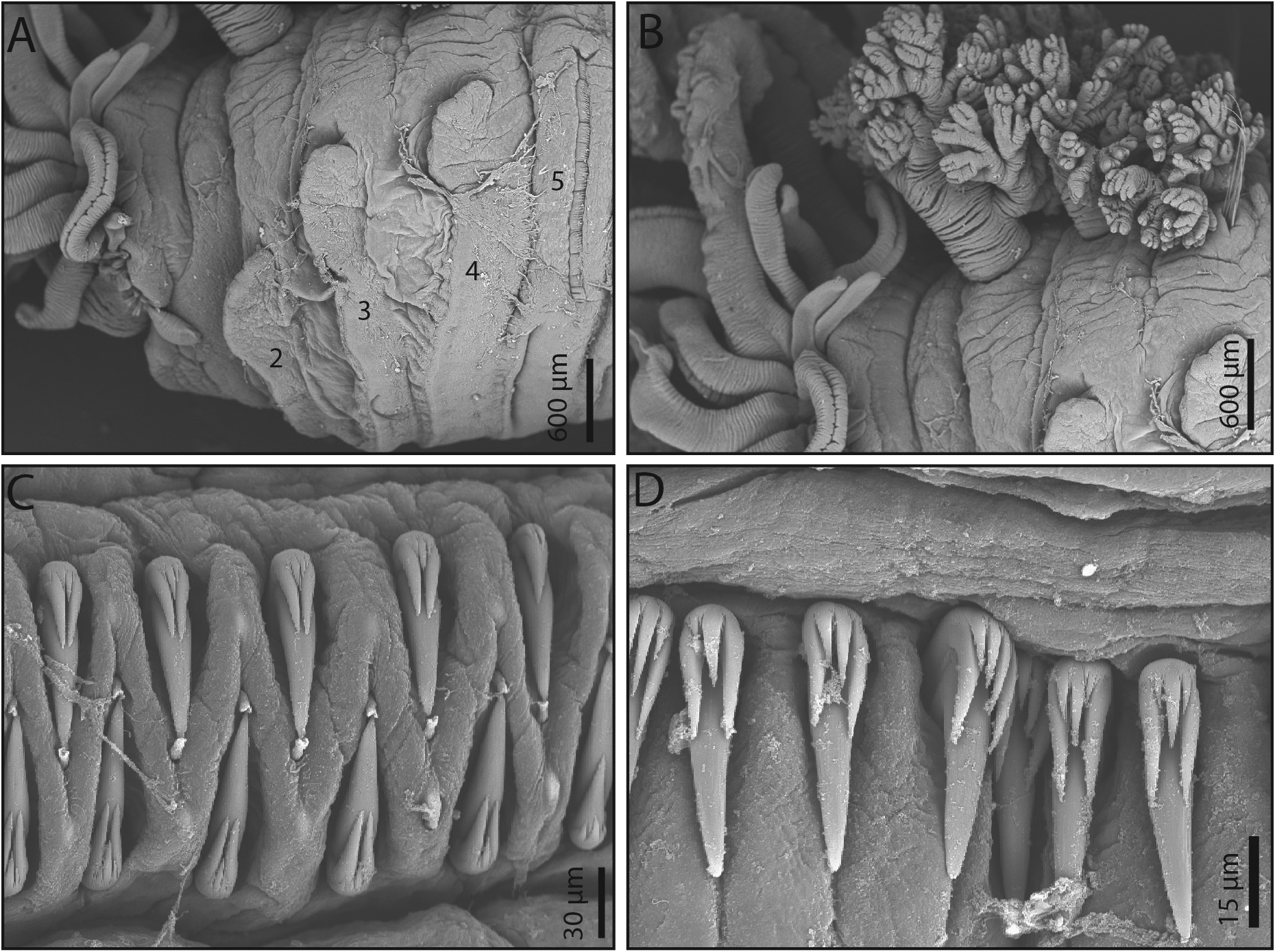