Etymology. This species is dedicated to Karin Meiβner, for her great contribution to polychaete taxonomy and her friendship with NL and PH.

Terebella abbreviata Quatrefages, 1866 , a non valid species synonymysed with E. nesidensis , was described from the same area (La Rochelle or St Vaast). We have observed the syntype (MNHN-IA-TYPE0390) but this specimen is in very poor condition and we were not able to identify it to genus, as branchiae are missing and lateral lobes are absent (or damaged?). This species should be considered as species inquirenda.

Remarks. Recently, Jirkov & Leontovitch (2017) proposed the synonymy between the genera Lanice and Axionice , based on the great variability that the arrangement of the uncini in double rows in the posterior thoracic segments can exhibit. So, these authors suggested that the uncinal alignment in the the double rows character, in a back-to-back or a face-to-face arrangement, is not a sufficiently stable character in order to define genera, and that, together with other characters, such as the development of lateral lobes, the arrangement of the uncini is not a consistent character. In contrast, Londoño-Mesa et al. (in prep.) sustain that the different arrangement of uncini in double rows in the posterior thoracic segments is a useful taxonomic character in the family that would have evolved only once and very early, according to both morphological and molecular data. 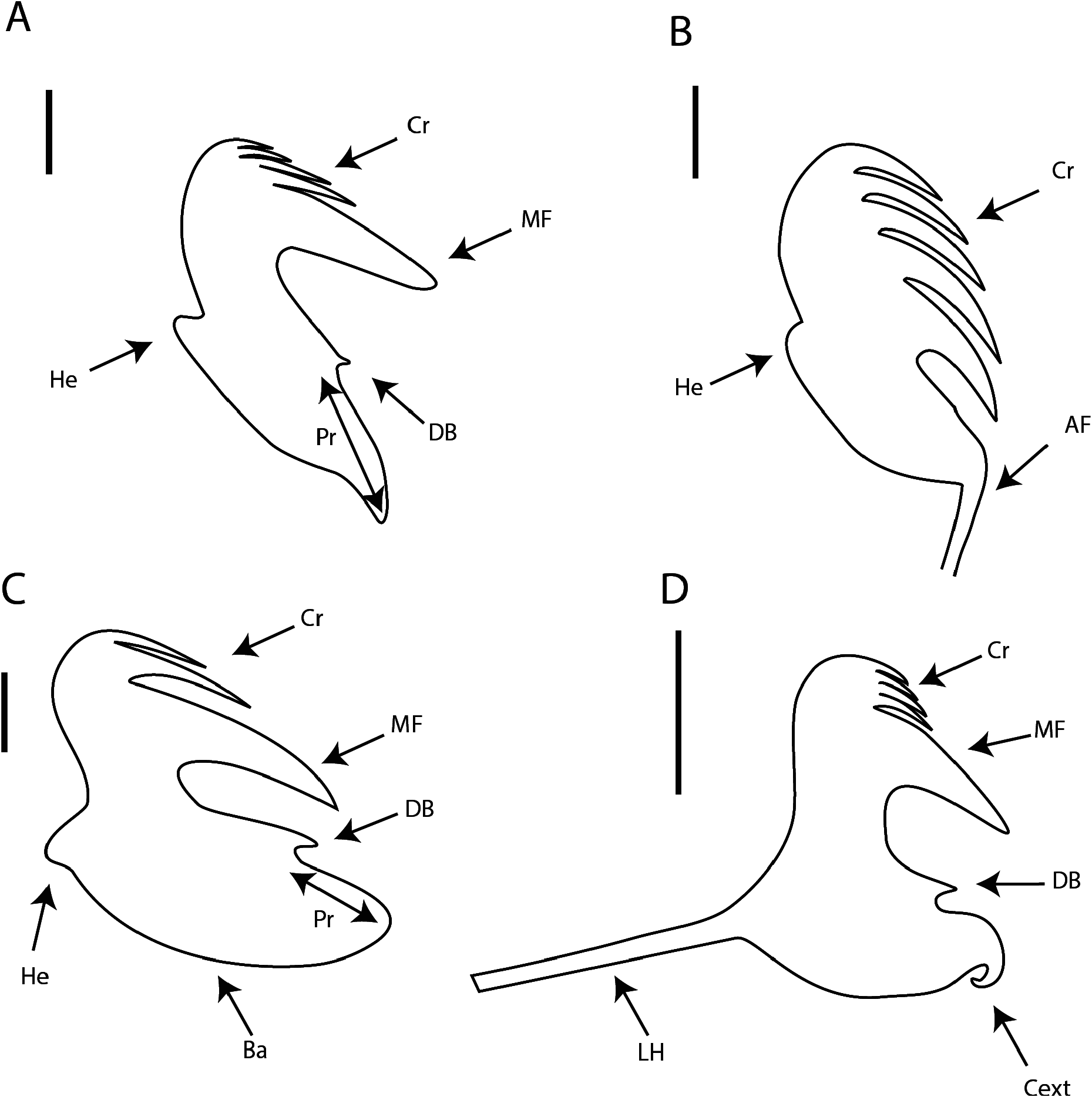 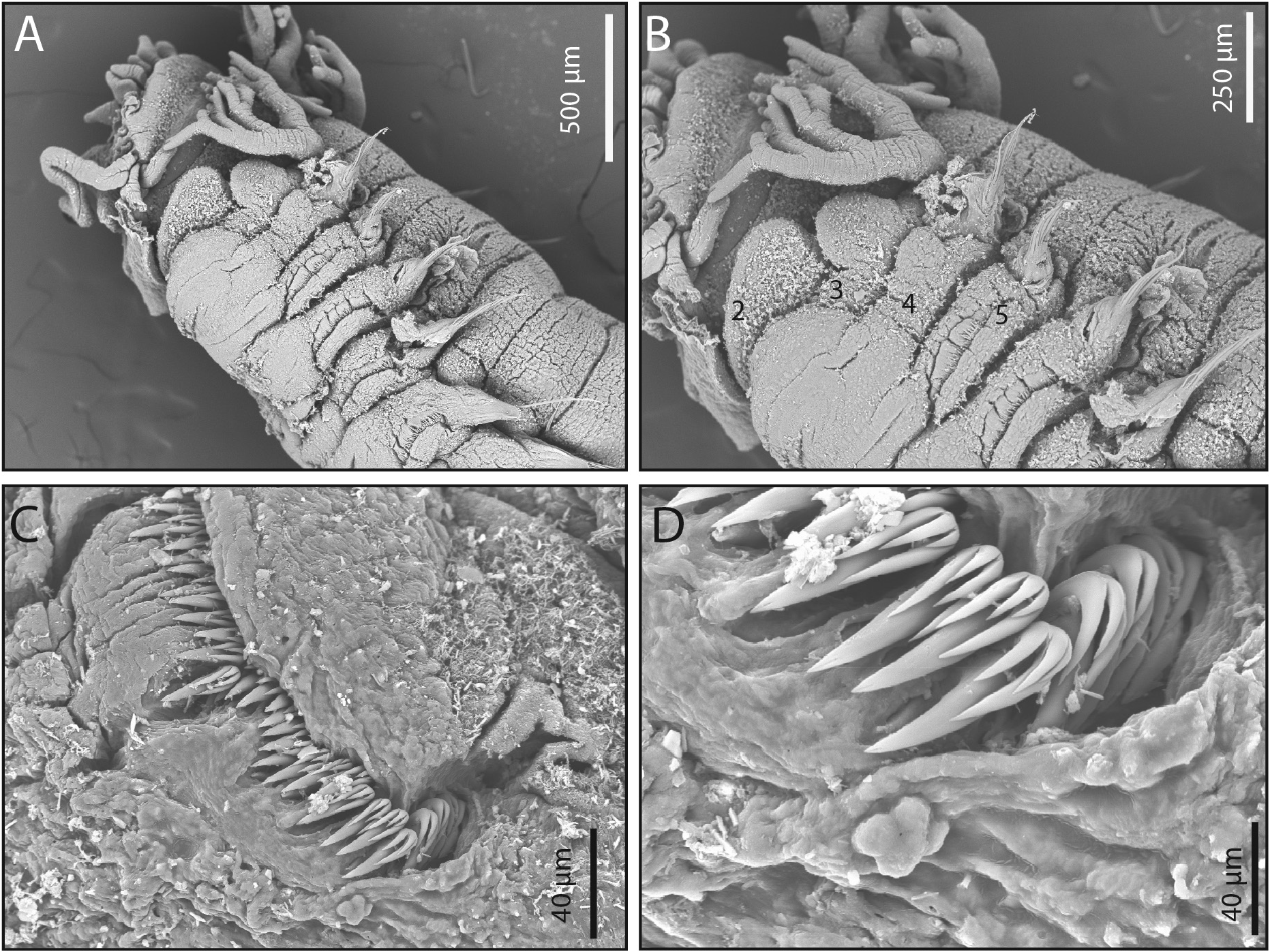