The new species resembles A. adamsae Flint, 1996   and A. contubernalis Flint & Denning, 1989 in   having an elongate lateral process of the phallus with a single spine on the dorsal branch and two on the ventral branch, the first median and the second apical. The phallic guide, in lateral view, is also similar in all three species, but shorter in A. contubernalis   . The intermediate appendages can easily distinguish this species from A. adamsae   and A. contubernalis   , both of which have four spines on the appendage, whereas A. berthalutzae   sp. nov. bears only three. Additionally, in A. berthalutzae   sp. nov. all spines are apically positioned, while in A. adamsae   and A. contubernalis   one stout spine is positioned at apical third and midlength, respectively. The new species is also similar to A. amazonensis   in the shape of segment IX and in having a straight phallic guide; additionally, the inferior appendages of both these species are short and subrectangular in lateral view. However, in A. amazonensis   the posterior margin of inferior appendages possesses a wide V-shaped incision in ventral view, whereas in A. berthalutzae   sp. nov. the mesal emargination is shallow.

The specific name is a tribute to Bertha Maria Júlia Lutz, Adolfo Lutz’s daughter, who was born in São Paulo in São Paulo state in 1894 and died in 1976. She became the second Brazilian woman to join the public services in Brazil, serving for four decades as a teacher and a researcher at the Museu Nacional. Bertha Lutz was internationally recognized for her valuable contribution to zoological research, specifically on Brazilian amphibians. Furthermore, she became a tireless defender of women’s rights in Brazil, making an important contribution to the fight for women’s suffrage in the 1930s. 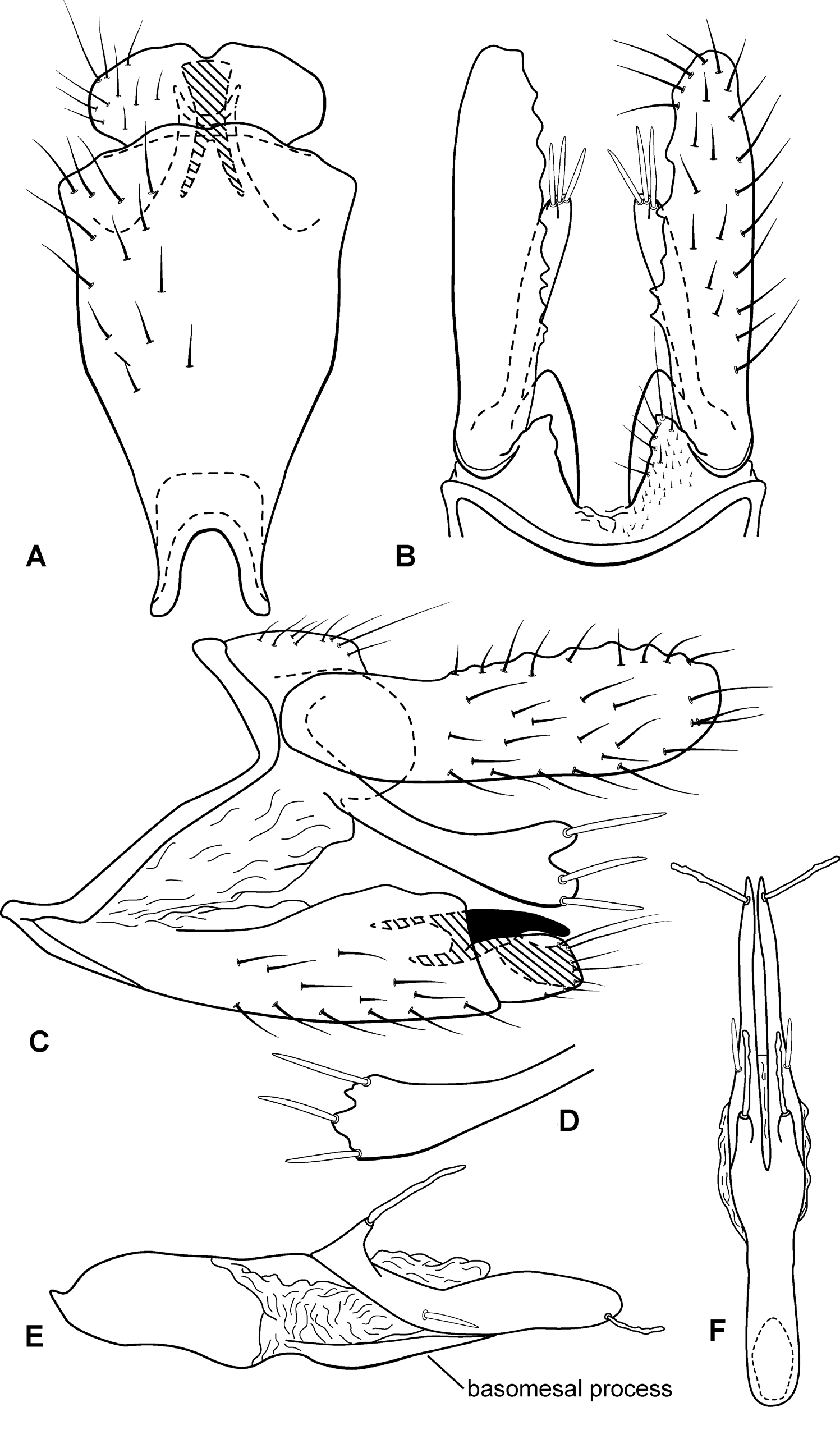