Sexual dimorphism. Both sexes are generally similar in shape and size, however males are usually slightly smaller. From females, males can be easily distinguished by elytral apices not produced, by ventrite 3 without distal process, by shape of distal margin of ventrite 5, by ventrites 1–2 concave, not convex. Pronotum of males with feeble median triangular depression in basal third, medio basal portion of female pronotum without visible depression.

Distribution. Hexanchorus angeli  n. sp. is known only from the type locality.

Remarks. One female of Hexanchorus  was found also in Río Tarota (Gran Sabana), more than 120 km distant from the type locality of H. angeli  n. sp. This female is morphologically very similar to the females of the species described herein. However, observed 4 % molecular distance, measured as uncorrected p-distance on 816 bp long fragment of the mitochondrial gene for cytochrome oxidase c subunit I (tree not shown), suggest that the female from the Gran Sabana should belong to another species.

Habitat. The specimens were caught on light, so we can only suggest that H. angeli  n. sp. adults live in and around rapids of the Río Churún, as do most of other related Larainae  species, and their larvae develop in the same river or their tributaries. At the place of collecting, the river was about 15 m wide, relatively shallow. Substrate was formed by gravel with large stones and boulders weekly covered by periphyton ( Figs. 13, 14View FIGURES 13 – 16). Water was naturally humic, brown coloured.

Etymology. The species is named after Jimmie Angel, an American aviator who was the first man flying over the Angel falls. These waterfalls are the highest in the World, falling from the slopes of the Auyán tepui close to the type locality. 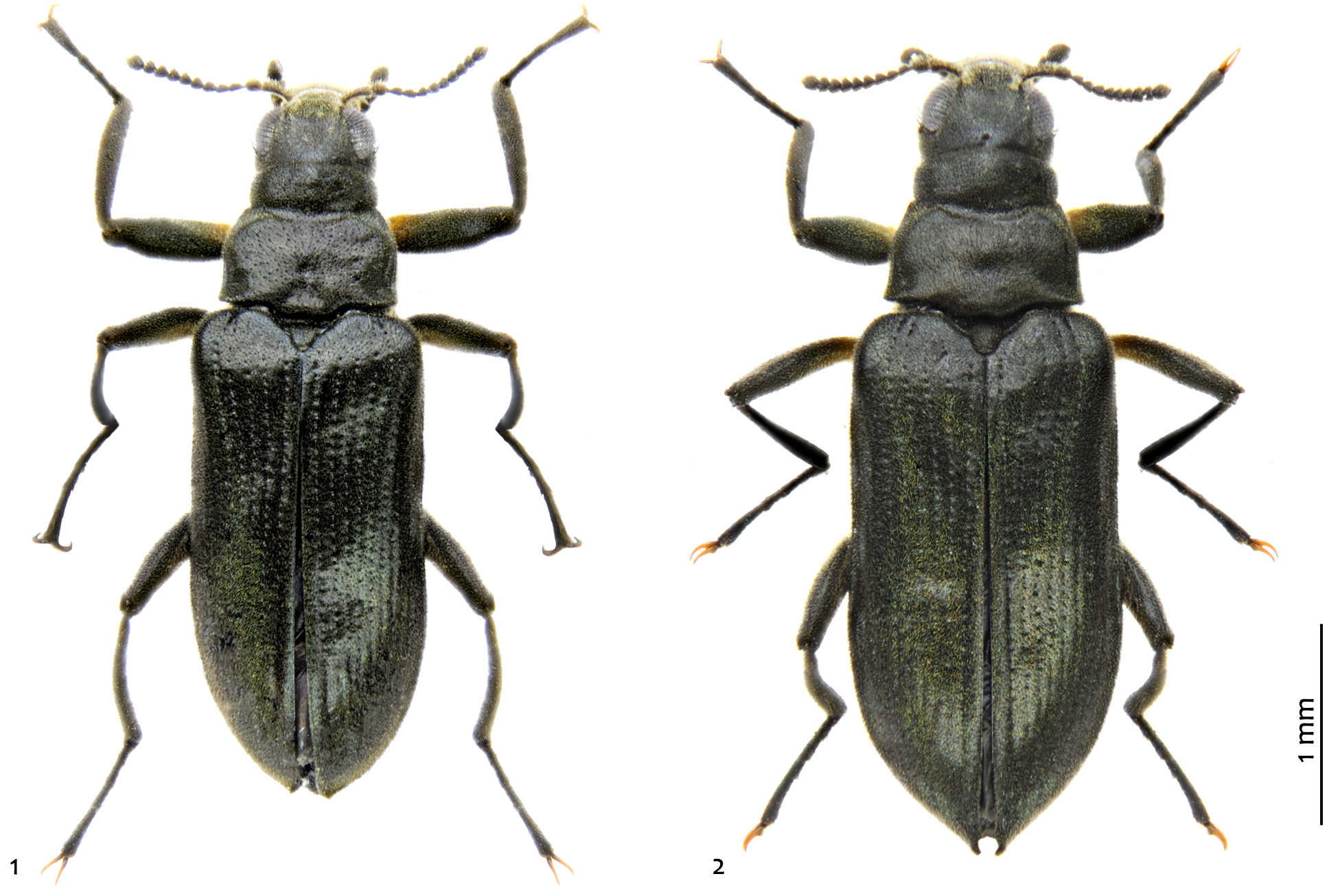