Biology. Unknown. All specimens were collected by sweeping low meadow vegetation during the daytime. The flora was dominated by a bright orange unidentified chrysanthemum, which may be the host plant of P. azrouensis  .

Distribution. Morocco, Middle Atlas. Known only from the type locality at an altitude of 1200 m.

Derivation of name. The specific epithet refers to the collecting place, near Azrou city. 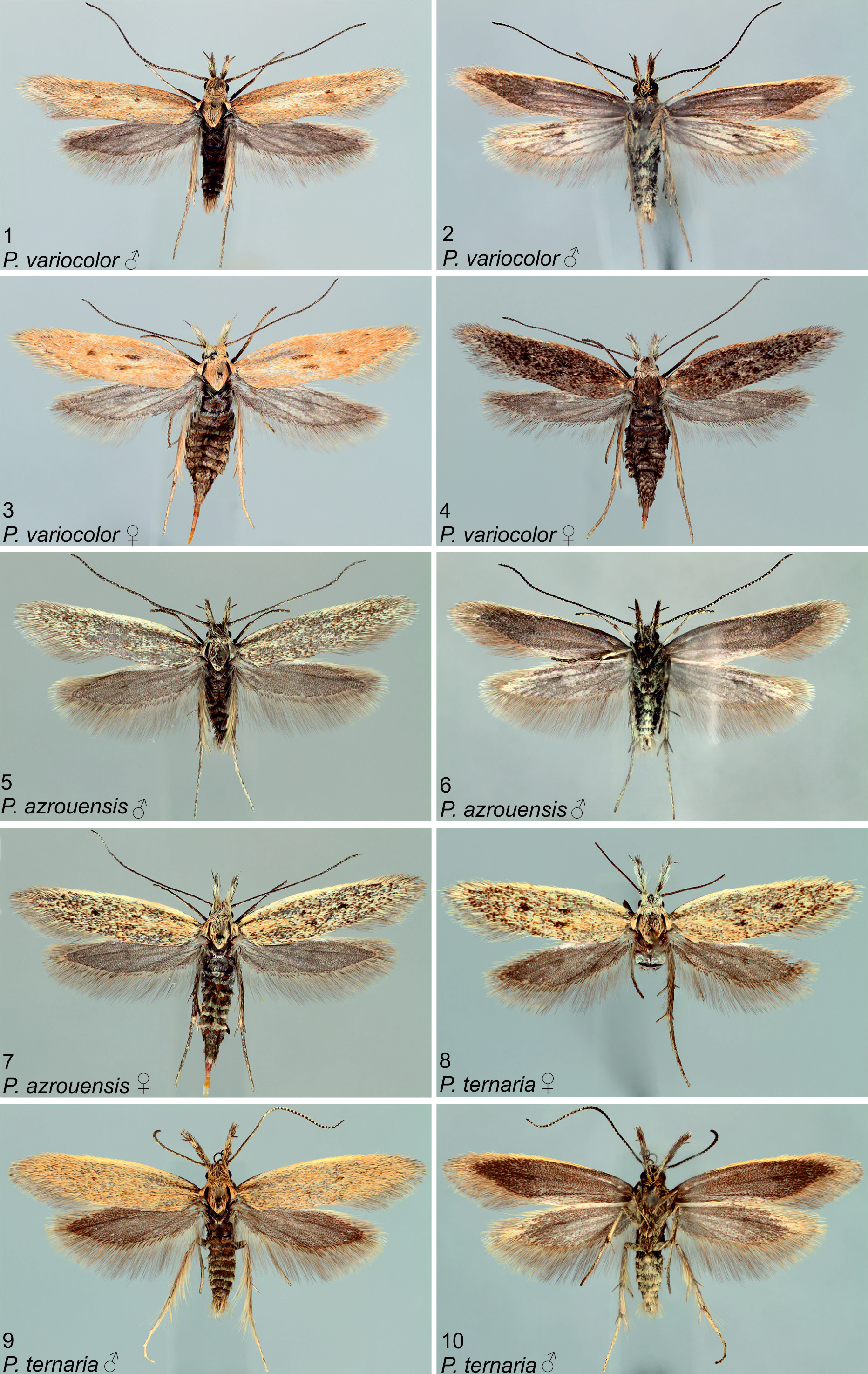