Compared to the other yellow species, E. microphthalmus   can be differentiated by the overall parallel shape of the body that resembles a species of the genus Pseudespeson   ; but abdominal segment III is slightly narrowed and tergite VIII is without central spine. The pronotal emargination is deep and its sides are nearly parallel with a distinct lateral margin, whereas they are concave in the other yellow Espeson species   and lateral margins are absent or extremely narrow. A dorsal impression is absent as in E. adisi   , but in E. adisi   the shape of the pronotal emargination is concave and abdominal segment III and IV are narrowed at base. Unfortunately, only the type female is known.

Pronotum: 0.28 mm long, 0.38 mm wide; distinctly emarginate in front of posterior edge; with deep impression in the emargination; widest in the middle and slightly narrowed to the anterior angles; deeply and densely punctate on the disc, punctation partly coriaceous; without microsculpture; surface polished.

Abdomen with similar punctation as on elytra and weak microsculpture; surface shiny, but less shiny than elytra; tergite of last abdominal segment rounded. 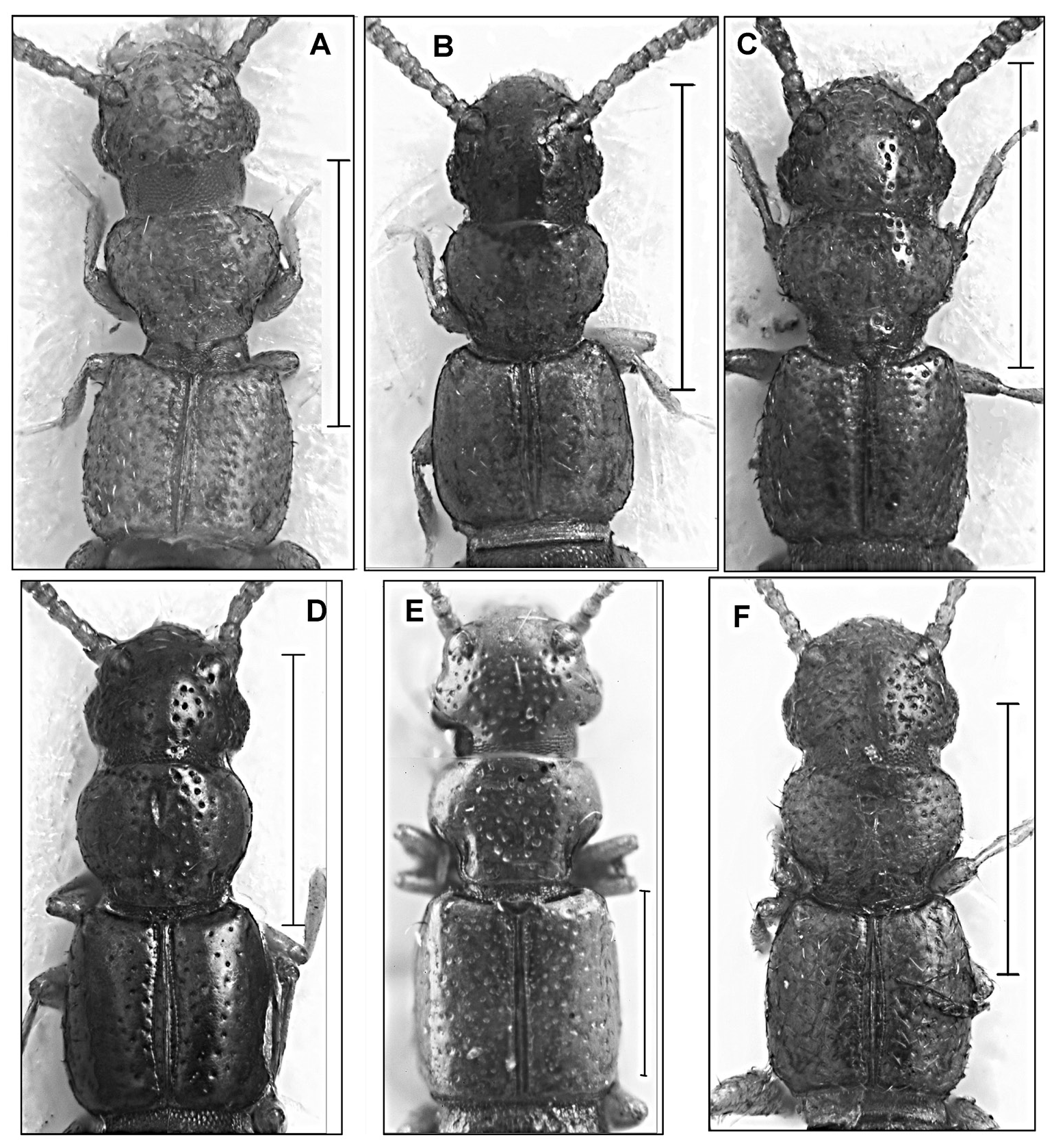