C o m m e n t: The tribe Osoriini   is represented in the Mediterranean region by numerous species. The vast majority, however, is anophthalmous. Only three of the previously recorded species have fully developed eyes. Two of them, Mimogonia europaea COIFFAIT 1978   and Holotrochus lusitanicus COIFFAIT 1978   , were described from Portugal by COIFFAIT (1978) and are not listed in the Palaearctic catalogue. The third species, the widespread Neosorius rufipes (MOTSCHULSKY 1858)   , which was - apparently erroneously - attributed to Indosorius COIFFAIT 1978   by ROUGEMONT (2001), has been reported from Egypt and - under the junior synonym Osorius syriacus FAUVEL 1875   - from Lebanon ( FAUVEL 1875, 1902).

Mimogonus fumator   was originally described from New Caledonia and Sumatra by FAUVEL (1889) and subsequently recorded from various localities in the Oriental, Aftrotropical (including Madagascar), and Neotropical regions (HERMAN 2002). The species was illustrated by IRMLER (1981). Based on these illustrations, particularly on that of the aedeagus, there is no doubt that the specimen from Israel refers to M. fumator   , which thus represents the first record of this species from the Palaearctic region.

Pronotum ( Figs 2, 5 View Figs 1-10 ) 1.25-1.30 times as wide as long and 1.2 times as wide as head across eyes, maximal width in anterior half; posterior third of lateral margins distinctly concave, close to this concavity with distinct subcircular impression; posterior angles obtuse, but sharply marked ( Fig. 6 View Figs 1-10 ); punctation coarse and rather dense, interstices on average narrower than diameter of punctures; midline broadly impunctate; microsculpture similar to that of head. 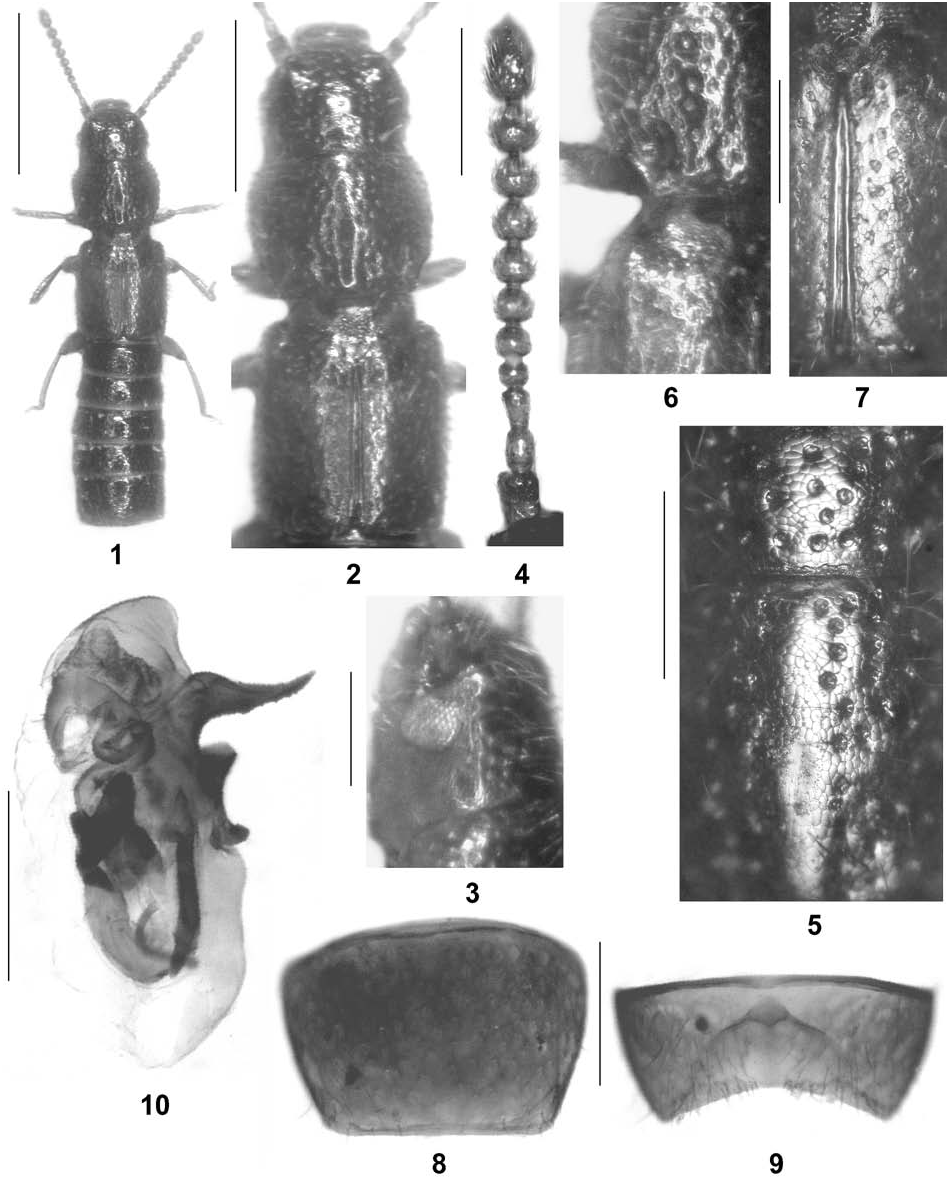