All life stages of S. gilvifrons   were found in association with T. evansi   colonies on tomato and black nightshade in half of the collected samples ( Table 1). Both adults and larvae were observed preying on all developmental stages of T. evansi   ( Fig. 1 View Figure 1 ). This is the first record of T. evansi   as a prey of S. gilvifrons   anywhere in the world. This predator is widely distributed in the Middle East and Southern Europe and has been reported to be an effective biocontrol agent of several spider mite species ( Biddinger et al. 2009 ; Perumalsamy et al. 2010). In Syria, S. gilvifrons   has been recorded in association with many tetranychid species in several habitats and was considered an effective predator of the red spider mite, T. urticae   and the citrus red mite Panonychus citri (McGregor)   (Abou­fakhr hammad 2008; Mofleh 2010 ; Barbar et al. 2016).

Many Stethorus species   were found associated with T. evansi   on solanaceous plants in native and invaded areas ( Table 2). Among these species, the tropical coccinellid, S. tridens Gordon   was the only species evaluated under laboratory conditions and considered as a promising agent for the control of T. evansi   ( Fiaboe et al. 2007b ; Britto et al. 2009). 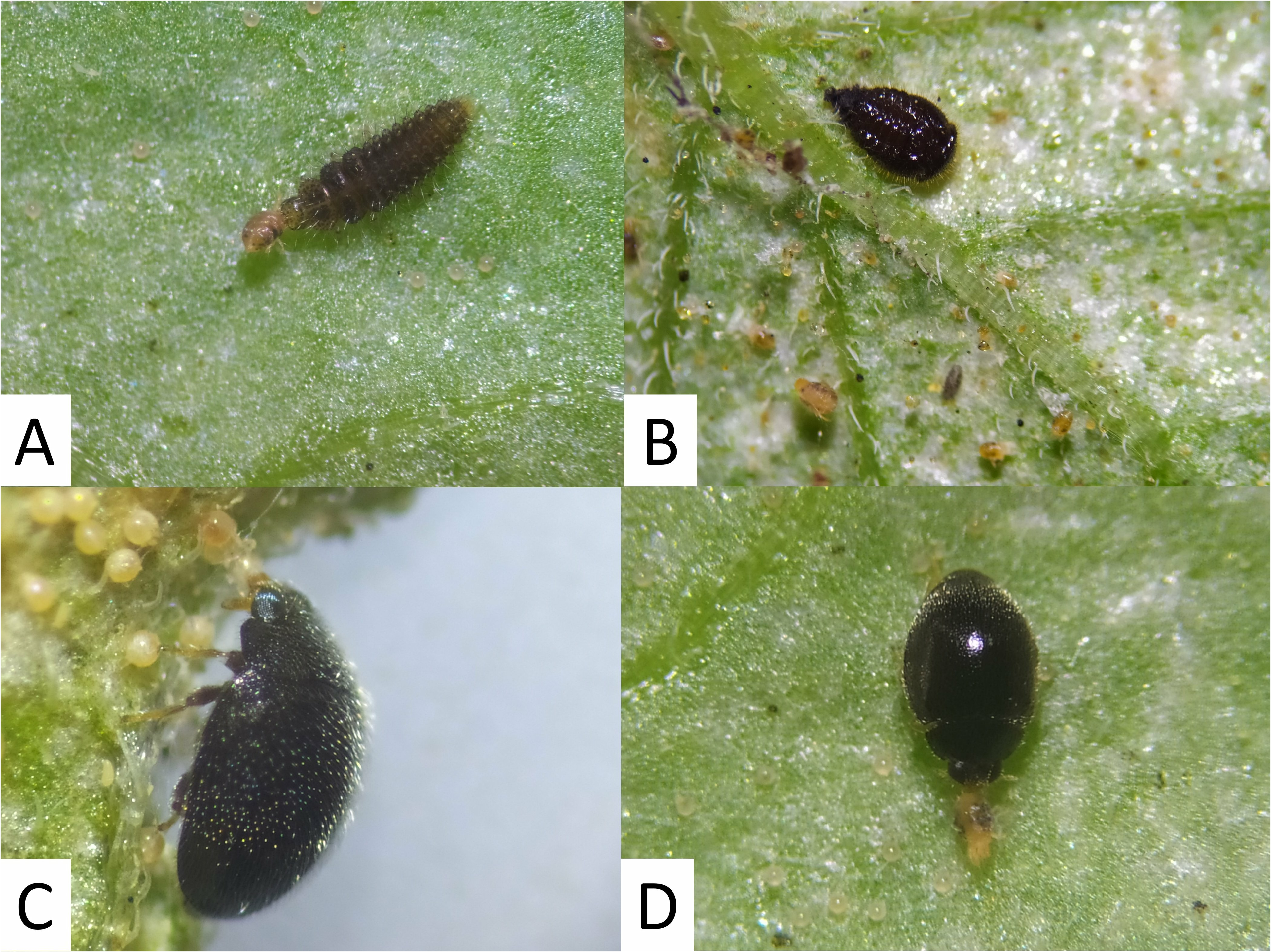