Remarks. This species is characterized by the mesotrochanter bearing three small apical teeth, and the aedeagus with the median lobe rounded at the apex. 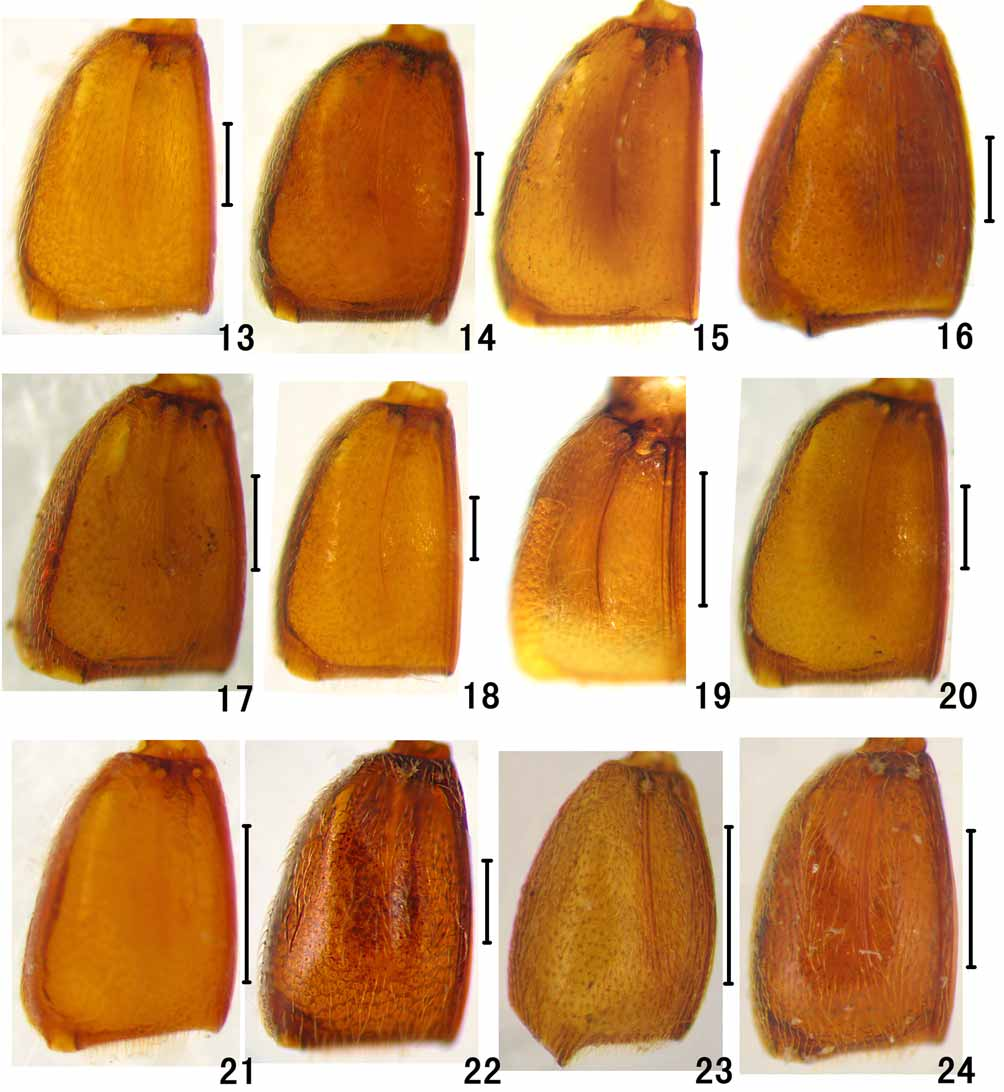