Aedeagus ( Figs. 170, 171View FIGURES 162 – 173) very weakly sclerotized, apical part of median lobe in lateral view slender, in dorsal view narrowed toward apex; endophallus ( Fig. 177View FIGURES 174 – 186) asymmetrical in dorsal view, broadened at basal half and narrowed at apical half; parameres similar to each other, narrowed from base toward apex.

Remarks. This species is unique in its strongly thickened femora, metatibiae each with a subapical spine, and the aedeagus with the median lobe pointed and the basal part asymmetrical in dorsal view. Distribution. China (Yunnan Province)

Etymology. The species name is a noun in apposition (" aculeus  " (Latin) means "sting, point") and refers to the metatibiae each bearing a spine near apex. 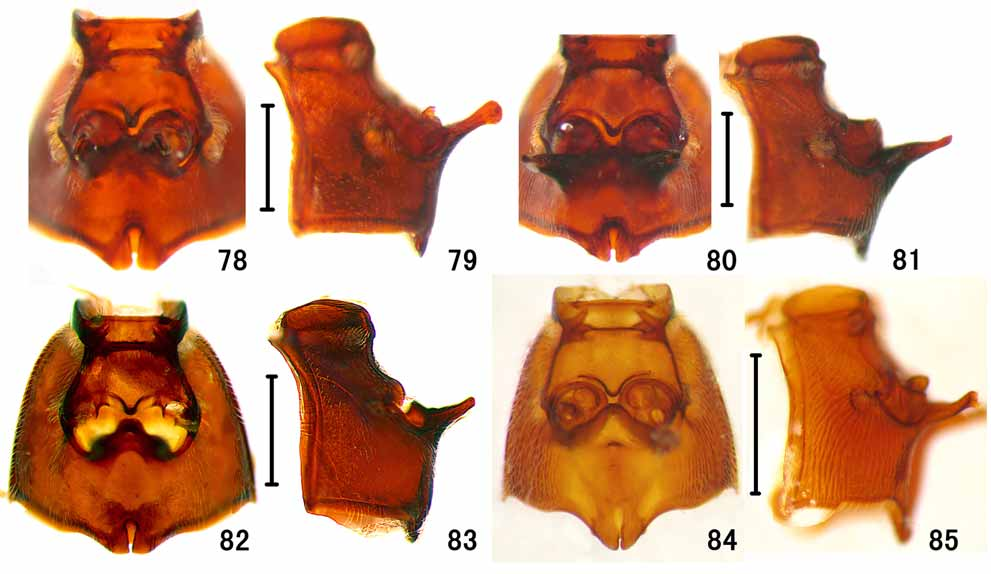 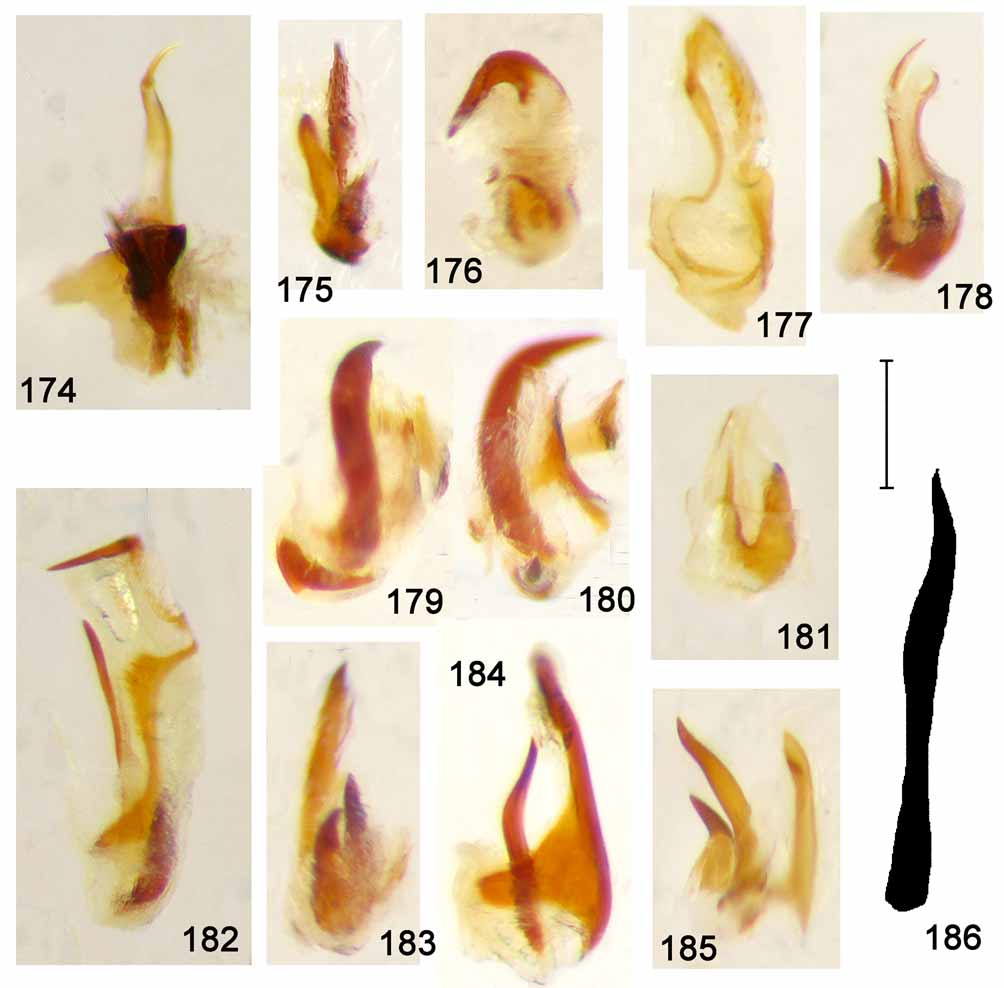