This species is perhaps most likely to be confused with M. bocaina , since both species lack the elongate endophallic spines found in M. froehlichi . Unlike M. bocaina , this species lacks any sclerotized endophallic spines or lobes at all, but has a lightly sclerotized, rounded lateral lobe on the phallicata, similar to that found in M. froehlichi . The apical part of the inferior appendages is apparently adnate to or continuous with the apical spine-like projections of the mesal pockets of the fused inferior appendages, giving the ventral profile of the phallic ensemble an open appearance.

Etymology. This species is named M. tripuiensis after Estação Ecológica do Tripuí, the beautiful reserve where the holotype and paratype specimens were collected. 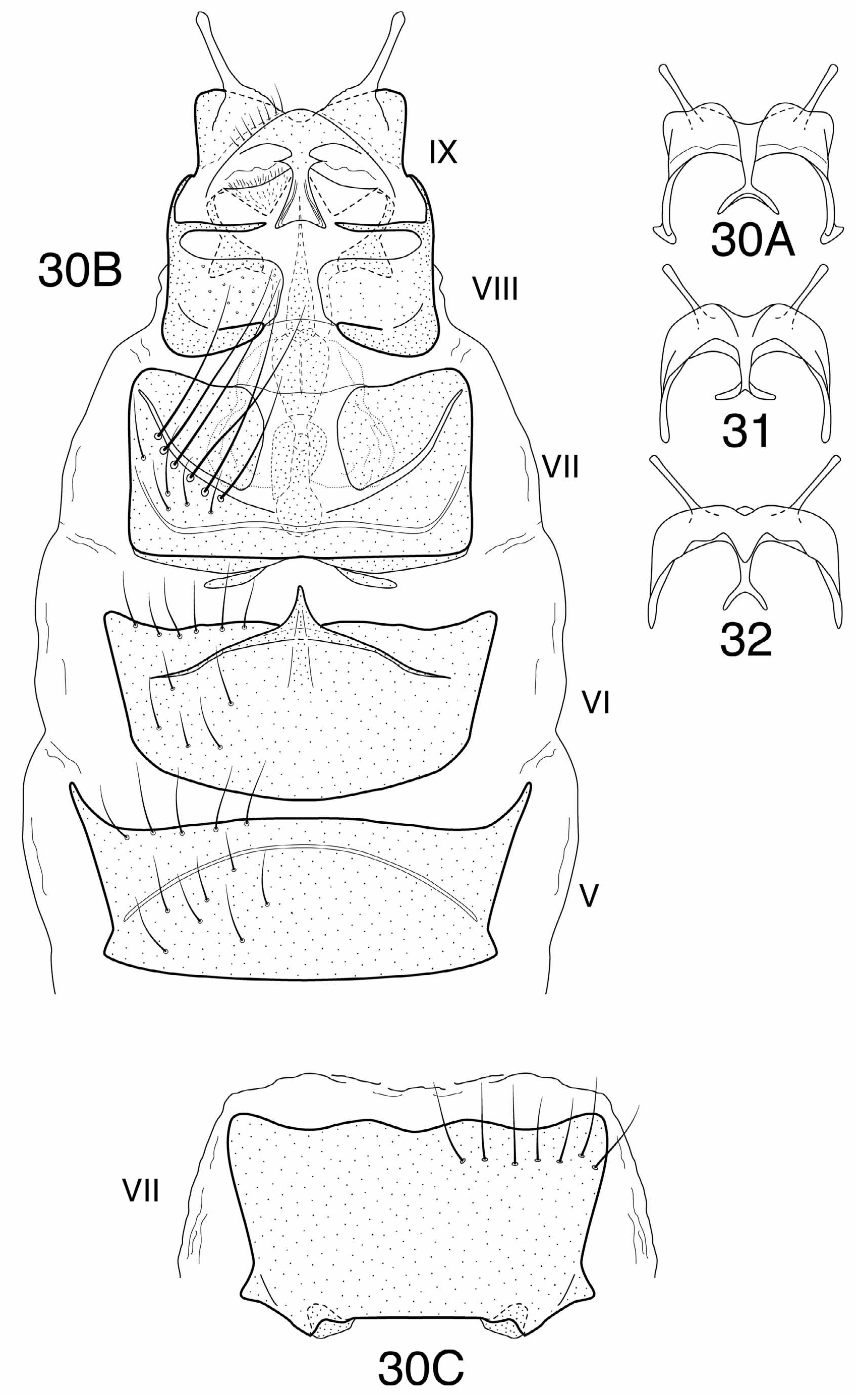