Diagnosis. With the characters of the genus.

Gonopodal aperture broad, occupying entire width of metazonum and extending slightly into prozonum, caudal margin slightly flared between 9 th legs. Gonopods in situ ( Fig. 4 View FIGURES 4–6 ) extending directly ventrad from aperture in subparallel arrangement, not overlapping or touching. Gonopod structure as follows ( Figs. 7–11 View FIGURES 7–9 View FIGURES 10–12 ): Coxa large, subquadrate, occupying most of each half of aperture. Prefemur basally globose, narrowing then curving ventrad and blending smoothly and continuously into acropodal stem, indistinctly demarcated from latter, giving rise distad to two subventrally directed, secondary processes that envelope and largely obscure the stem; process "A" a broad, distally expanded flange or lamina with projections on both surfaces, arising on medial side of, and broadly fused to, acropodite, medial surface with additional, smaller, distally expanded lamina overlying and closely appressed to main one ( Fig. 10 View FIGURES 10–12 ), lateral surface cupulate, with slen­ der proximal and distal projections, latter dactyliform or spiniform, former subdivided into spiniform or falcate inner branch, longer than distal projection and extending beyond distal extremities of laminae, and variably sigmoid to spiniform outer branch overlying and obscuring base of inner branch in lateral view ( Fig. 11 View FIGURES 10–12 ); process "B" an elongate, undivided structure located primarily on lateral side of acropodite, extending ventrad to near level of solenomere, narrowing then expanding around midlength and narrowing again distad into slightly uncinate tip, with or without marginal teeth. Acropodite continuing ventrad beyond fusion with process "A," "distal zone" expanding into moderately broad, cupulate lamella with lightly toothed distal margin; solenomere arising subterminally from fold on lateral margin, narrowing to blunt, recurved tip, subequal in length to, or longer than, breadth of distal lamina. Prostatic groove extending along prefemur and medial surface of acropodal stem at fusion with process "A," curving onto lateral side of distal lamina and onto solenomere, opening terminally.

Variation. As mentioned in the description and shown in figs. 7–11, the male syntypes vary in the lengths of the solenomeres and the configurations of process "B" and the projections from the lateral surfaces of process "A"; furthermore, the latter extend more directly laterad in the male from Quinalt Lake Loop Road, Grays Harbor Co. We present both standard line drawings ( Figs. 10–11 View FIGURES 10–12 ), prepared from the left gonopod of a male syntype that had been cleared in lactic acid, and SEM photos ( Figs. 7–9 View FIGURES 7–9 ) of those from another syntype from somewhat similar views. Each shows features that the other technique does not reveal, and to some degree, these differences are attributable to different perspectives, the SEM photos being from more "head on" ventral views such that the projections, particularly the lateral ones of process "A," appear foreshortened. Process "B" and the solenomere on the SEM specimen seem larger and more prominent, and the shape of the former is also somewhat different as there are a couple of minute subterminal teeth on the outer margin. Figure 9 View FIGURES 7–9 shows that the surface of the solenomere twists, which was not noticeable under light microscopy. However, the additional, smaller lamina on the medial surface of "A" that is evident in light microscopy ( Fig. 10 View FIGURES 10–12 ) does not show up in the SEM photo ( Fig. 8 View FIGURES 7–9 ) because it is so closely appressed to the main lamina as to be obliterated by the preparatory gold coating. SEM therefore resolves a single structure, but the position of attachment of the smaller flange is revealed in fig. 8 by the slight elevational change to the left of the speck of debris. There is a general tendency to consider SEM as a panacea and superior to light microscopy because the much higher magnifications reveal structural details that are invisible even under high powers on the former, but this situation highlights a shortcoming of SEM. Either the preparatory coating cannot penetrate narrow spaces as between these closely appressed laminae, or it does penetrate but also coats the outer lamella and renders it opaque. In either case, SEM erroneously shows a single structure, and light microscopy is superior in this regard because the two laminae are visible with careful focusing up and down. As many milliped gonopods possess structures that are closely appressed to each other, for example laminae in the polydesmidan family Paradoxosomatidae   , workers are cautioned against automatically favoring SEM and ignoring light microscopy altogether, as some features may not be revealed by the former.

Ecology. Leonardesmus injucundus   inhabits mixed coniferous and deciduous forests. Conifer species include Douglas­fir ( Pseudotsuga menziesii   ), Western Hemlock ( Tsuga heterophylla   ), Western Red­cedar ( Thuja plicata   ), and Sitka Spruce ( Picea sitchensis   ). Red Alder ( Alnus rubra   ) is present at all collection localities, and Bigleaf Maple ( Acer macrophylum   ) occurs at all but one. The millipeds were collected on level floodplains and steep slopes up to 80 m from streams, and were encountered on the surface, under leaf litter and woody debris, up to 10 cm deep in loose soil, and adhering to the undersides of large embedded rocks. When L. injucundus   is present, a slight disturbance of the soil and litter causes the milliped to discharge its defensive secretions, typically before being uncovered and seen, but the pungent aroma ummistakably indicates its presence.

Etymology. Literally translated the specific name means "not appealing" and refers to the unpleasant defensive secretion.

Distribution. Known from four counties in southwestern Washington, between Olympic National Park and the Columbia River ( Fig. 3 View FIGURES 2–3 ). In addition to the syntypes, the following specimens were examined:

Remarks. The discovery of L. injucundus   further exemplifies the magnitude of previously undetected diplopod diversity in the PNW that primarily involves small­bodied, cool weather forms. WPL is the first person to sample PNW environments at this time of year, as evidenced by the fact that, despite its strong aroma, L. injucundus   had not been discovered; to date his efforts have yielded the new family Microlympiidae   (order Chordeumatida   ), three other new genera— Microlympia   , Leschia   ( Chordeumatida   : Anthroleucosomatidae   ), and Retrorsia   ( Polydesmida   : Polydesmidae   )—and five additional new species ( Shear & Leonard 2003, 2004; Shelley 2003 a; Shelley & Shear 2005). Additional material, presently undescribed and under study by WAS, comprises around a dozen new genera and as many as 50 new species in the orders Chordeumatida   and Polydesmida   . The steady outpouring of new diplopods that he has sent to us for examination amounts to no less than the unearthing of an entirely new fauna whose existence was not even suspected. Much of the coastal PNW of both the US and Canada is true rainforest environment, which extends northward well into the Alaskan Panhandle. Just as tropical rainforests harbor diverse, speciose faunas, with substantial numbers of undescribed, endemic species, the same holds for North America's only rainforests even though they lie primarily in the northern half of the North Temperate Zone. Extensive sampling for diplopods is therefore in order throughout this region. 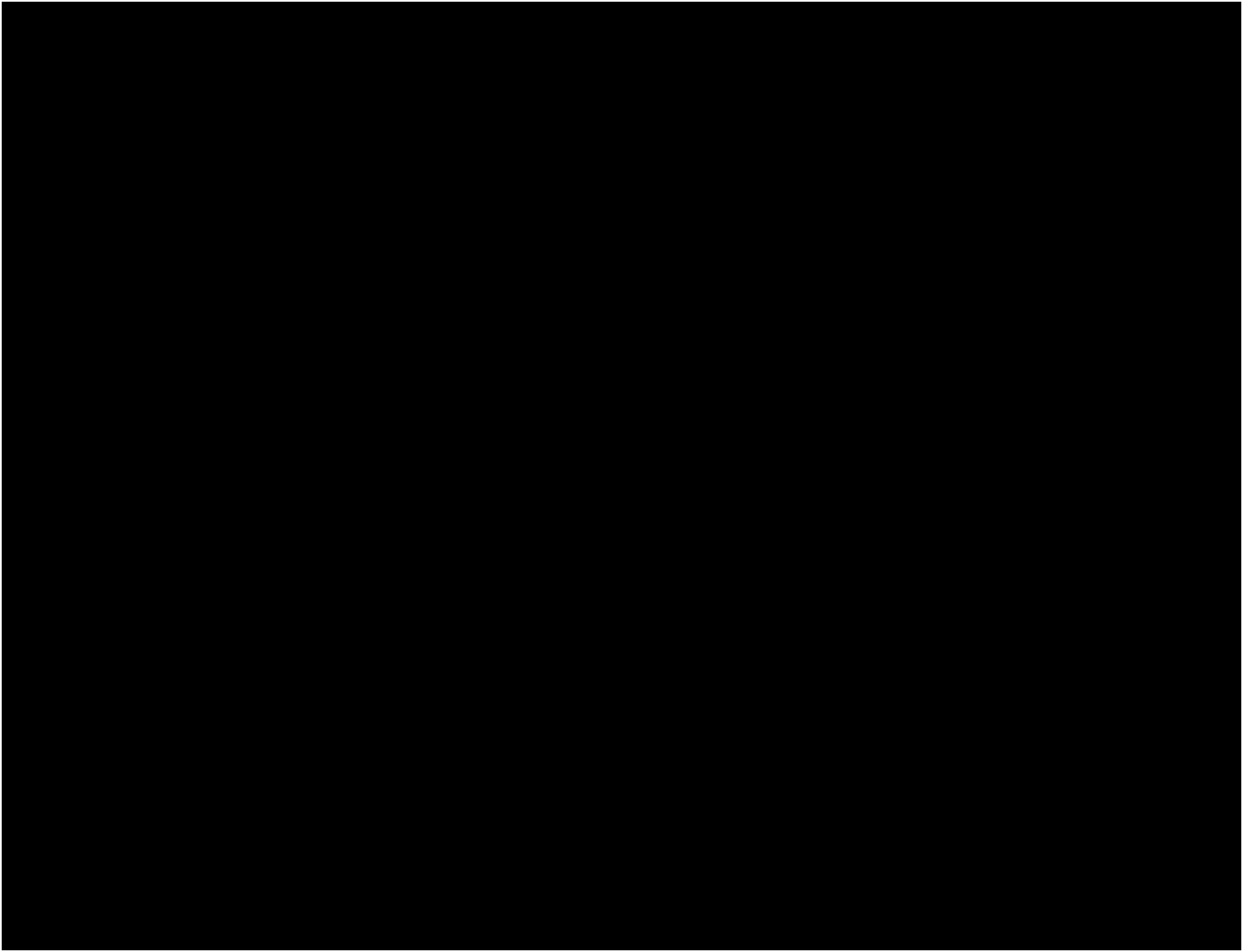 FIGURES 2–3. 2, Distribution of the Nearctodesmidae. The dot in southcentral British Columbia represents the allopatric population of Nearctodesmus insulanus in the Shuswap Region; those in California, Nevada, and Arizona, some covering two closely proximate sites, represent known or published localities for the southwestern "micro­nearctodesmids." 3, Known occurrences of Leonardesmus and L. injucundus.