The position of the locking carinae close to the last pleurite identifies Z. voahangy   sp. nov. as a member of the Z. platylabum   species-group. The uniquely slender and elongated posterior telopods in combination with the presence of a single stridulation rib on the male harp and more than 35 apical cones on the antennae, are characters only shared with Z. broelemanni Wesener, 2009   . Zoosphaerium voahangy   sp. nov. differs from Z. broelemanni   in the differently shaped anterior telopods, spination and teeth number of the movable finger of the posterior telopod (see key), as well as in characters of the endotergum, which has two dense rows of long marginal bristles in the former, but a single row of short bristles in the latter.

The only known habitat of Z. voahangy   sp. nov., the forest of Analalava ( Fig. 3 View Fig ), is a small (2 km south to north, 750 m east to west) fragment of disturbed and partly degraded lowland rainforest, isolated by 30 km from Betampona, the only other remaining lowland rainforest fragment in a 100 km radius. 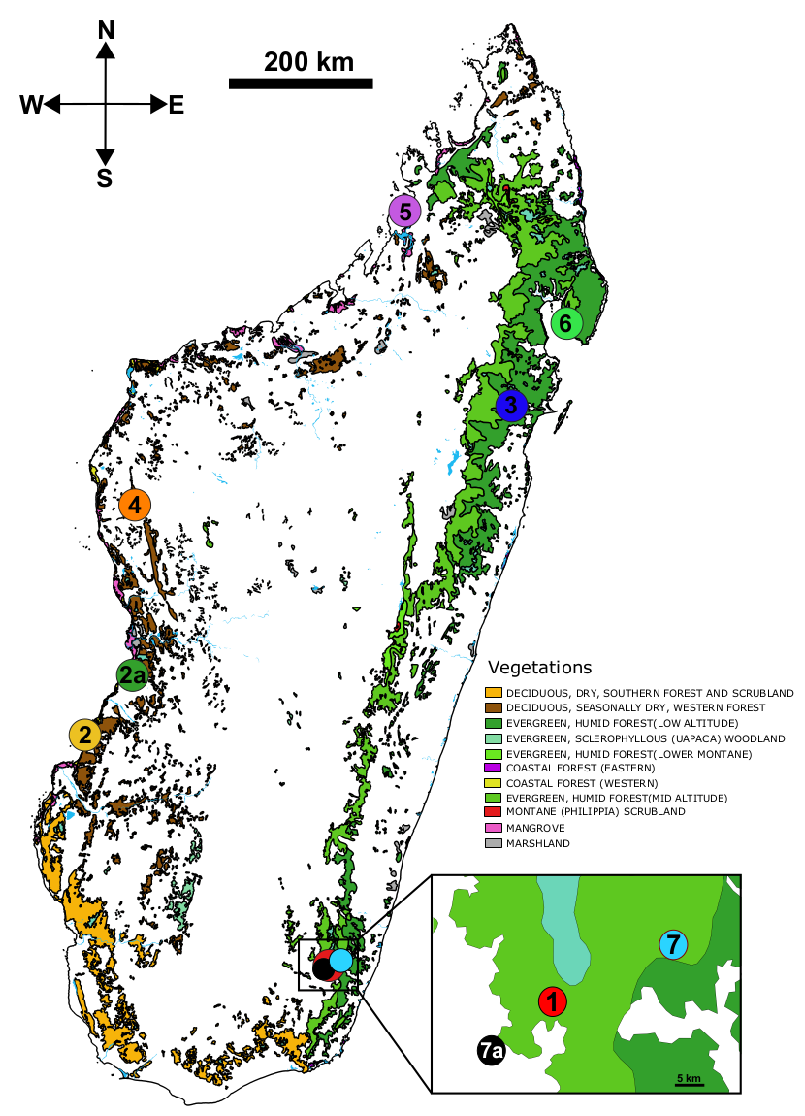 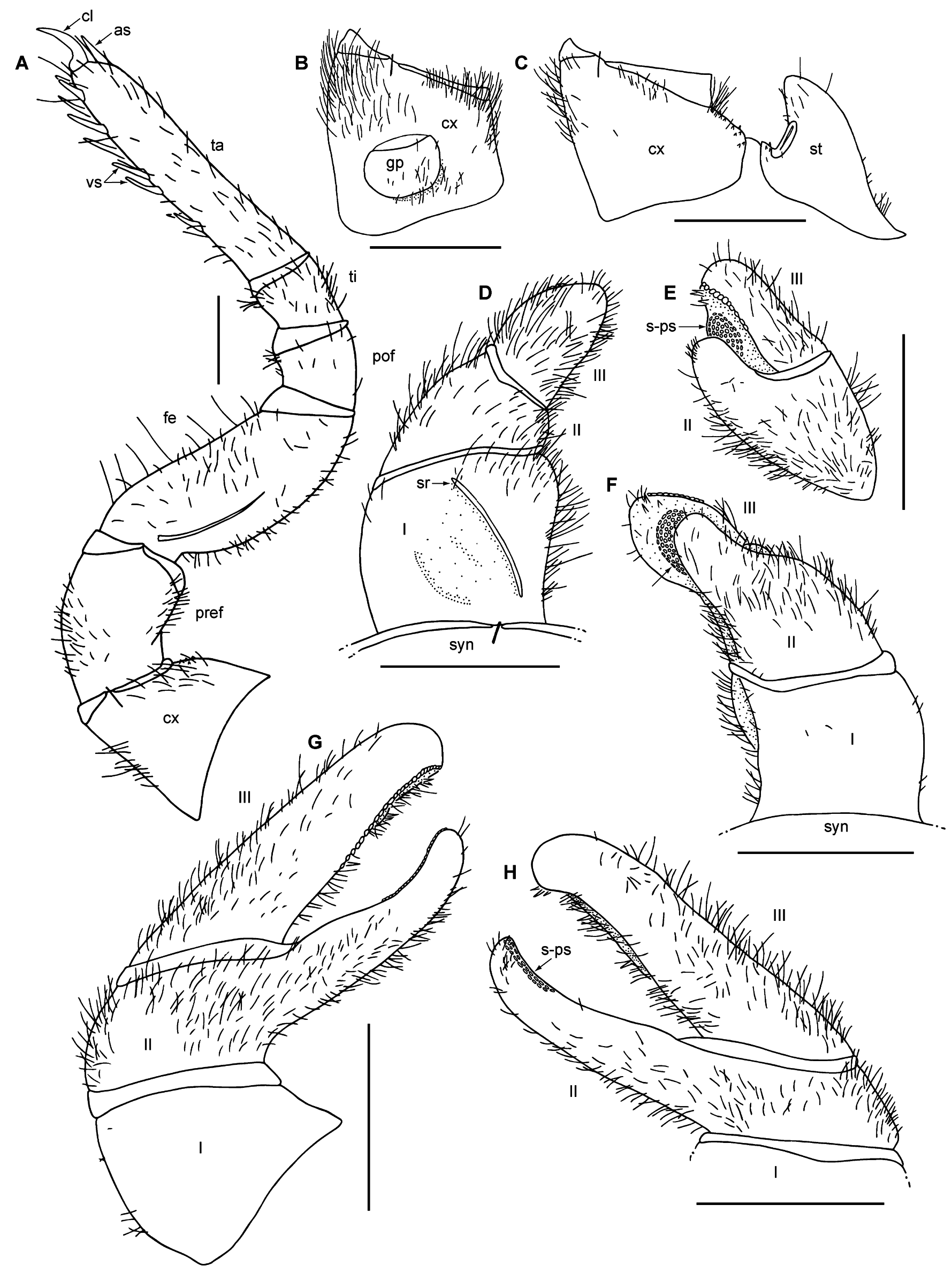