The shape and position of the locking carinae place Z. beanka   sp. nov. in the Z. platylabum   speciesgroup, but the telopods of Z. beanka   sp. nov. have almost no similarities to those of any other described giant pill-millipede species except Z. tsingy   . Both species share characters of the posterior telopods, namely the presence of spines and at least one large membranous lobe on the movable finger, and an uncurved, wide immovable finger (2.7 times as long as wide) that is parallel to the movable finger. Zoosphaerium beanka   sp. nov. differs from the latter in the light brown color (olive in Z. tsingy   ), the presence of only four apical cones on the antenna (> 15 in Z. tsingy   ) and the differently shaped anterior telopods, in which telopoditomere 3 lacks crenulated teeth (present in Z. tsingy   ).

‘Beanka’, noun in apposition, after the type and only known locality for this species, the dry forest of Beanka ( Fig. 3 View Fig ).

HEAD. Eyes with more than 75 ommatidia. Antennae short, protruding back to leg 3. Length of antennomeres 1>2=3 =4=5 <6. A shallow groove present on antennomere 1, disc with 4 apical cones.

Zoosphaerium beanka   sp. nov. is currently known only from the dry forest of Beanka ( Fig. 3 View Fig ). With most known dry forest giant pill-millipede species being widespread ( Wesener & Wägele 2008; Wesener 2009), this species can be expected in surrounding dry forest fragments. 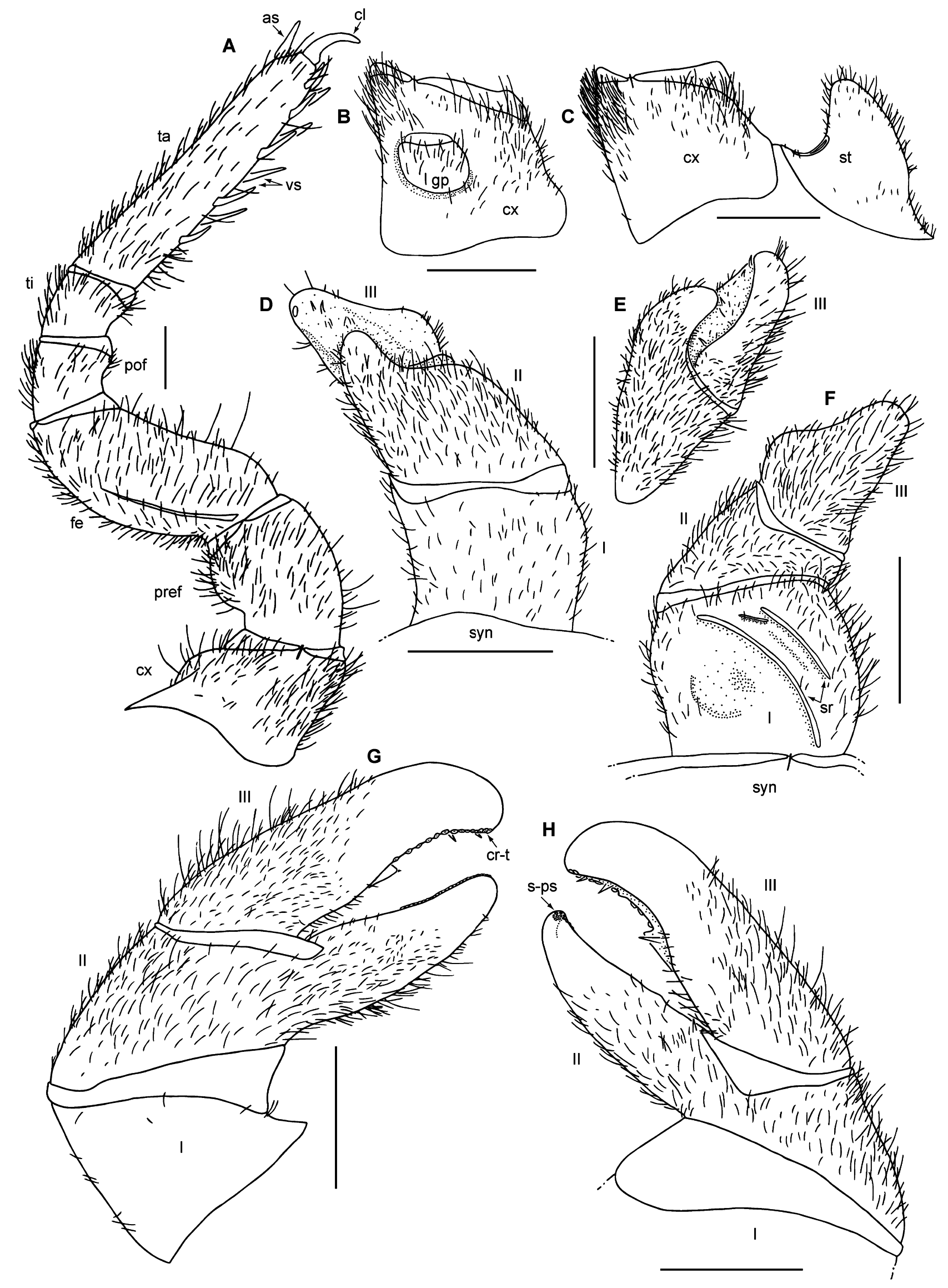