Diagnosis. Cernotina longa   sp. nov. is similar to C. fallaciosa Flint 1983   , C. sexspinosa Flint 1983   , and C. verna Flint 1983   from austral South America based on the oblong dorsolateral process of each preanal appendage strongly curved mesad and with 1 stout, dark, apical spine, and the elongate, subrectangular inferior appendages each with its apex subtruncate in lateral view. However, it differs from these species by the shape of the mesoventral process of each preanal appendage and the basodorsal branch of each inferior appendage as well as in details of the phallus, especially the number of endothecal phallic spines and absence of a phallotremal sclerite. The mesoventral process of each preanal appendage is narrow, produced apically in a small lobe, covered by microsetae at the posterior margin in the new species, but is broad, apically truncate, and with stout, short setae at the posterior margin in C. fallaciosa   and C. sexspinosa   , and with a small dorsal lobe in C. verna   . The new species, C. sexspinosa   , and C. verna   each have 6 long endothecal phallic spines, whereas C. fallaciosa   has 5. Additionally, C. longa   sp. nov. can be recognized by the strongly angled external margins of the inferior appendages in ventral view, whereas in C. fallaciosa   and C. verna   , these margins are only slightly angled, and almost straight in C. sexspinosa   . Also, the new species does not have a ventral ridge on each inferior appendage. Although Flint (1983) did not draw these structures in his illustrations of the ventral view or mention them in his text, the holotypes of all of the other three species have the ventral ridge, with that in C. sexspinosa   being more vertical than horizontal (L.M. de Camargos, personal communication).

Bionomy: The specimens were collected mainly in low altitude regions from 80 to 177 m in ecotonal area of Cerrado and Caatinga domains, with agricultural and pasture influence practiced in the region. The streams are shallow and with width of 5 to 25 meters.

Etymology. The new species is a noun in apposition, named for the Longá river, where the holotype and some paratype specimens were collected.

Remarks. Cernotina Ross   belongs to the family Polycentropodidae   . The genus is endemic in the New Word and contains about 70 described species, but with the greatest species diversity in South America ( Holzenthal & Calor 2017). In Brazil 42 species occur, distributed mainly in the Amazon region and Atlantic Forest with 28 and 12 species, respectively (Camargos & Santos 2020; Dumas 2019). In the Caatinga biome only two species are recorded, C. antonina Holzenthal & Almeida 2003 and C. longispina Barcelos-Silva, Camargos & Pes 2013 (in Barcelos-Silva et al. 2013) occurring in the states of Pernambuco and Bahia, respectively ( Souza et al. 2013; Vilarino & Calor 2017). Cernotina longa   sp. nov. is the first species described from the Caatinga biome in the state of Piauí. 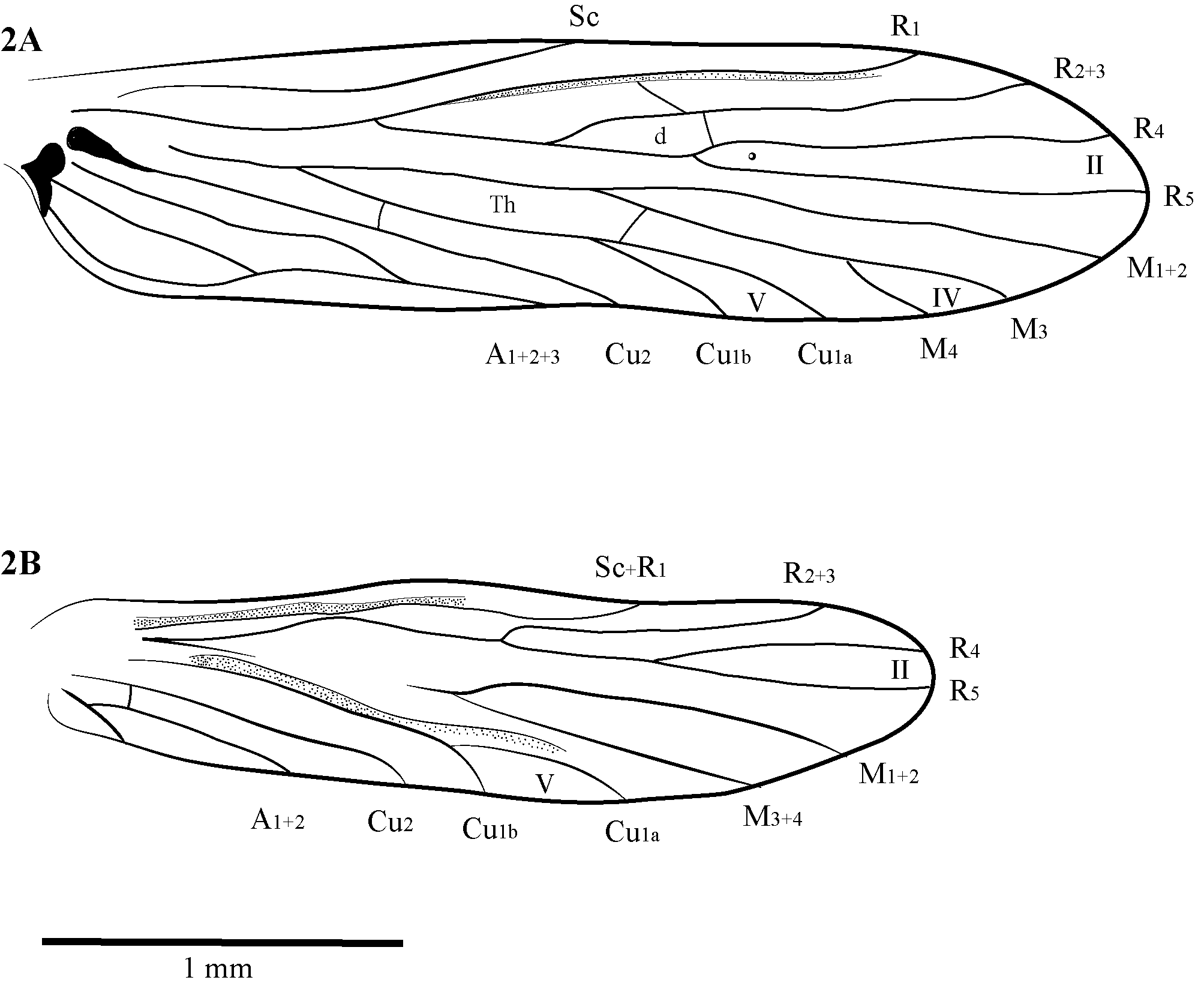