Etymology: The species is named after Jocelia Grazia, who during a long and outstanding career at the Universidade Federal do Rio Grande do Sul, has made significant contributions to our knowledge of the Heteroptera in general and the Pentatomoidea in particular.

Diagnosis. The new species differs from C. virgula in the distinctly smaller body size, the color pattern of dorsum with V-shaped transverse stripe formed by reddish stripe along apical margin of corium, the uniformly whitish-yellow cuneus with narrowly reddish base and costal margin, the strongly reduced right paramere, the strongly sclerotized paddle-shaped appendage of vesica, and the very thin and basally tapering sclerotized rings of the dorsal labiate plate. 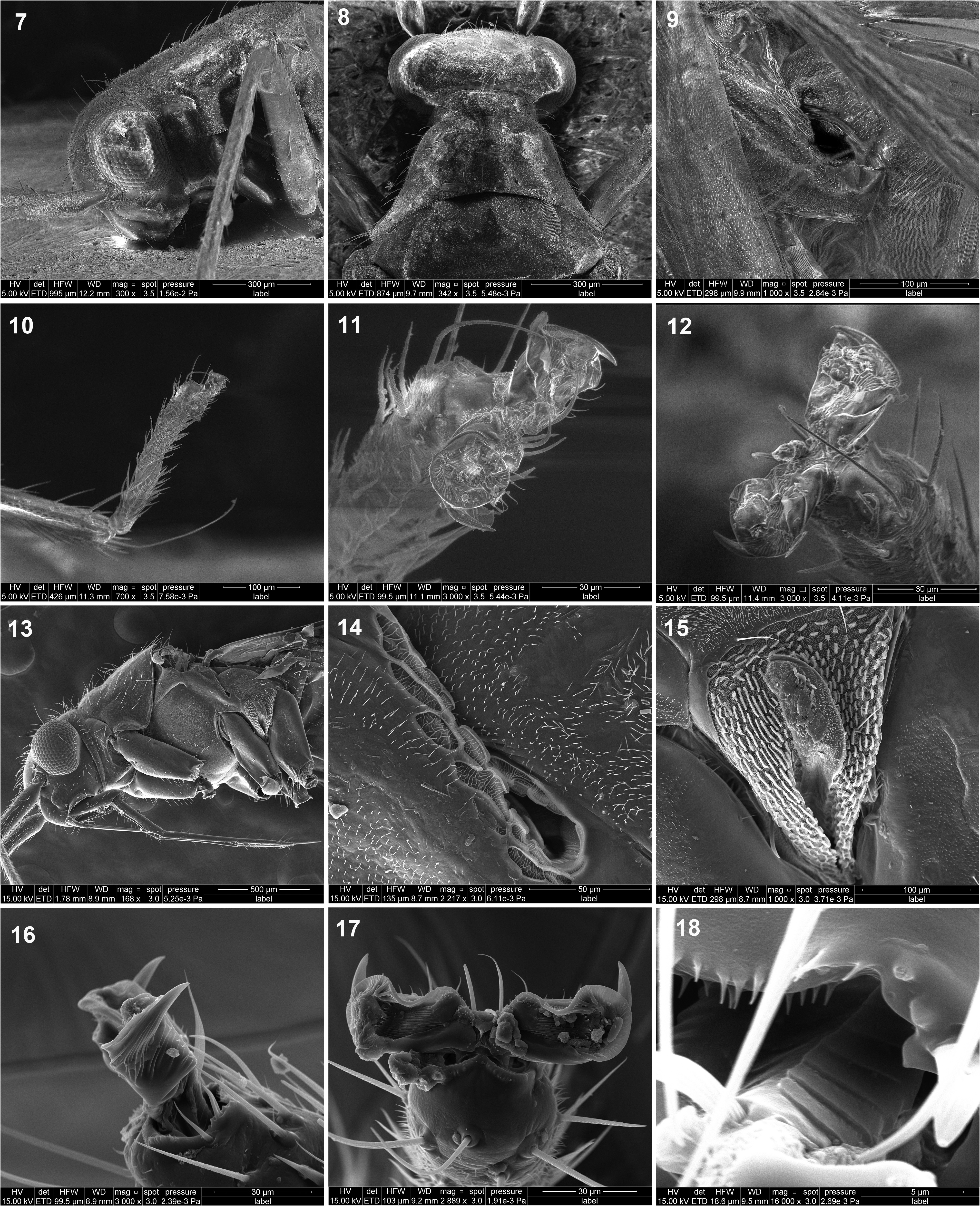