Distribution and habitat. Kentropyx striata  is endemic to eastern Amazonia, predominantly distributed in the Guianan region, but also on the southern margin of the Amazon River near the Tapajós River, and on the eastern, non-forested part of Marajó Island, occurring in Brazil, Suriname, Guyana, Venezuela, and Trinidad and Tobago ( Fig. 8View FIGURE 8). In Brazil it is known from the states of Amapá, Pará, and Roraima. Kentropyx striata  is semi-arboreal and diurnal, inhabits open vegetation enclaves, with or without trees, and coastal savannas, usually in or close to wet habitats (seasonally flooded savannas, swamps, and near ponds, streams or rivers), where it is found mainly amid low vegetation (as shrubs and tufts of grass) or on open ground, occasionally on trunks and limbs of trees ( Vanzolini 1972; Hoogmoed 1973; Cunha 1981; Vitt & Carvalho 1992; Ávila-Pires 1995; Vitt et al. 1995, 2001; Mesquita et al. 2006a; Ávila-Pires et al. 2010; MacCulloch & Reynolds 2012). To avoid capture, it can run short distances across water and swim ( Hoogmoed 1973; Gallagher & Dixon 1992; Vitt et al. 2001), and it is able to climb to heights of 7 meters in trees ( Gallagher & Dixon 1992). In wetlands Hoogmoed (1973) found some individuals sleeping on top of bushes emerging from water. 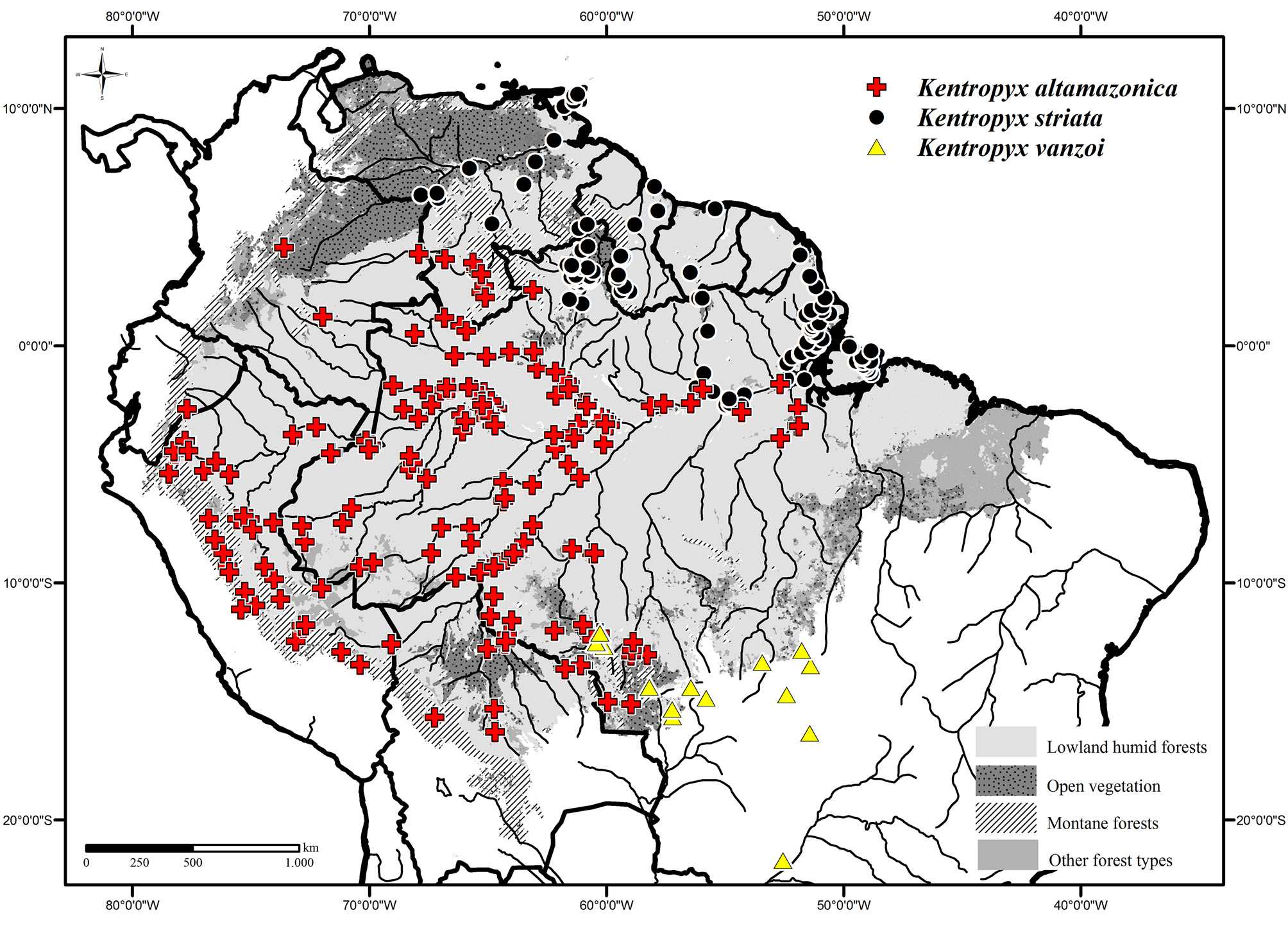