Taxonomic remarks. Cnemidophorus  sp. 3 differs from other forms of the Cnemidophorus lemniscatus  group in some aspects of scutellation and color pattern. It is under description by MAR-J.

Distribution and habitat. Cnemidophorus  sp. 3 is endemic to Brazilian Amazonia, in Pará state, and until now known only from one enclave of open vegetation between the lower Trombetas and Nhamundá rivers, near Sapucuá Lake ( Fig. 6View FIGURE 6). It is sexually dimorphic, terrestrial, and diurnal, and can found on open sandy soil, among grasses and under bushes (MAR-J field data). Even though Cnemidophorus  sp. 3, C. lemniscatus  , and C. cryptus  are found in areas relatively close, they were not recorded in the same enclaves of open vegetation. 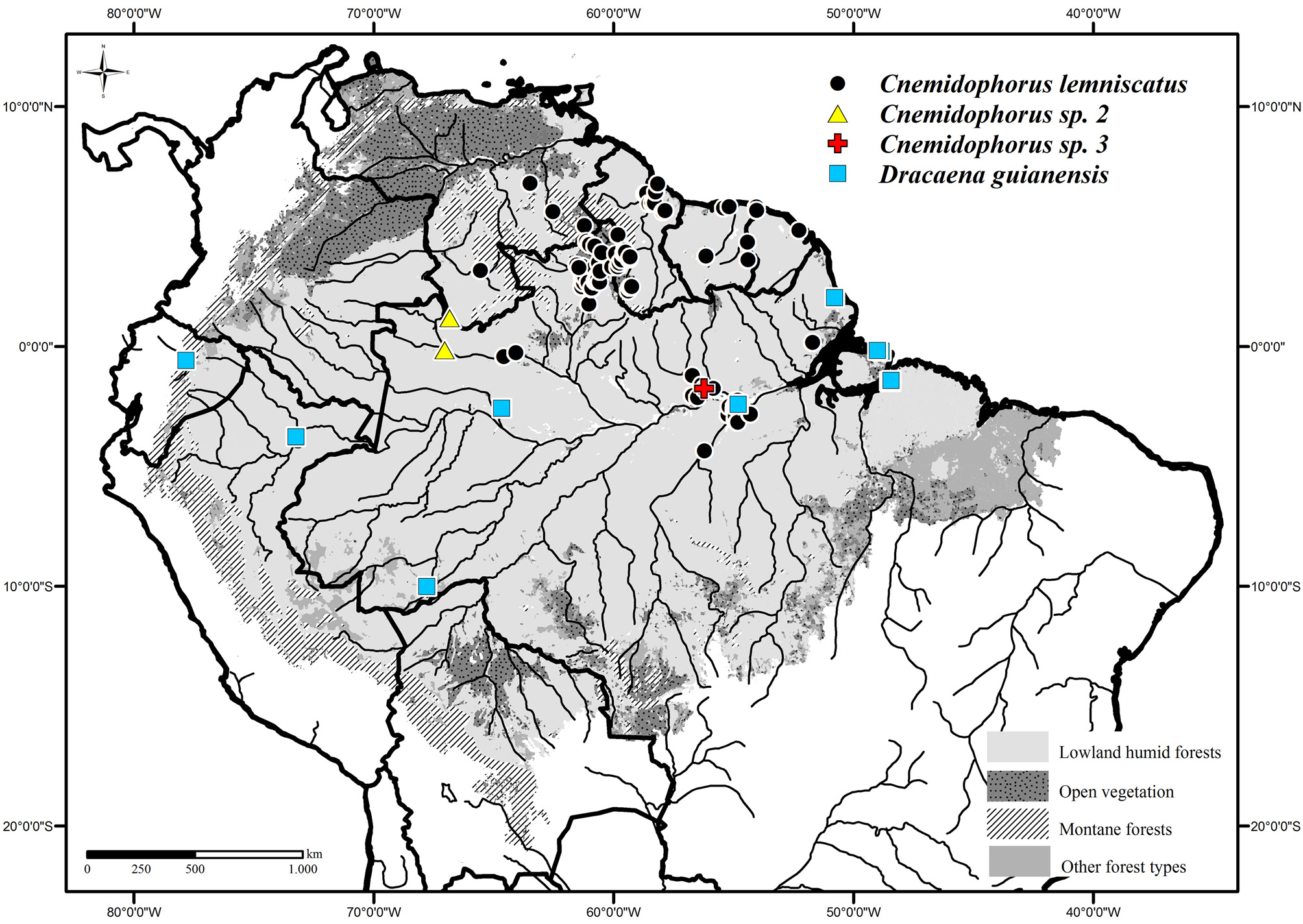