Colony erect, up to 4.5 cm high, arising from creeping, branching, tortuous stolon. Stem simple, monosiphonic, composed of a short (ca 1 cm long), proximal, smooth part, and a distal, comparatively longer hydrothecate and hydrocladiate part, the latter divided almost regularly into internodes by means of transverse nodes; each internode slightly geniculate, composed of an indistinct apophysis supporting a cladium, an axillary hydrotheca associated to it, and two alternate hydrothecae above. Cladia generally alternate, coplanar, usually unbranched, divided into internodes by means of transverse nodes; up to 1.1 cm long and composed of up to ten hydrothecae internodes; first internode with a long, athecate, proximal part and two alternate hydrothecae distally; remainder of hydrocladium composed of internodes with three successive, alternate hydrothecae. Hydrothecae with the same shape and size on both stem and cladia; borne on short apophyses, often renovated several times; exceedingly long, tapering imperceptibly from aperture to base, slightly asymmetrical, proximal adaxial wall slightly more convex than abaxial wall, elsewhere both straight; base with annular constriction to which the base of the hydranth attaches; rim circular, not everted; perisarc thin, smooth, transparent and easily collapsible; hydranths without caecum, with 20–22 long, filiform tentacles. Gonothecae not observed.

Occasionally, the stem internodes bear three alternate hydrothecae (instead of only two) above the axillar hydrotheca; consequently, the cladia flanking them are given off on the same side of the stem. Similarly, two cladia separated by an axillary stem hydrotheca were found. Aberrant, additional, ‘twin’ cladia are given off at the same level from the lower half of the stem, and point towards either the frontal or dorsal sides of the colony. Moreover, one distal cladium shows the beginning of secondary branching below one of its hydrothecae. 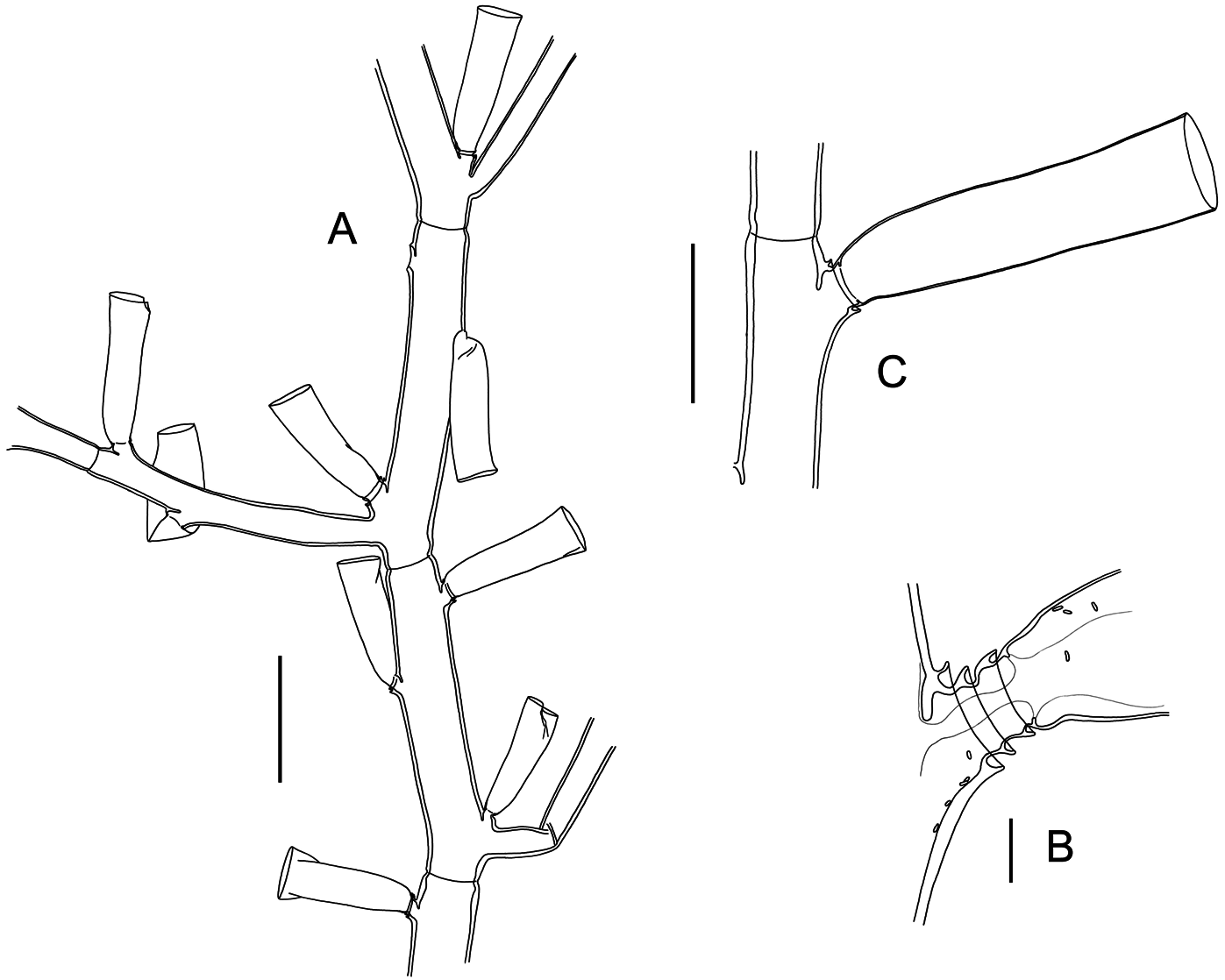