The present material agrees well with the descriptions given by Billard (1925) and Vervoort & Watson (2003), and it is characterized by the following: a) the unbranched hydrocaulus is fascicled for most of its length; b) its main tube is undivided and has a regular structure, with equivalents of internodes composed of a basal cladial apophysis and its associated axillary hydrotheca, two alternate hydrothecae above, and a second cladial apophysis (on side opposite to preceding one) with its associated axillary hydrotheca; c) hydrocladia are simple and undivided into internodes, up to 1.3 cm long, and bear up to 13 alternate hydrothecae; the first internode is comparatively longer than subsequent ones and provided with a couple of proximal twists; ordinary internodes are moderately-long; d) the hydrothecae are immersed for about half their adaxial length into their corresponding internodes, and they narrow basally; their base is convex, entire, with occasional fenestrae below (as sites for the origin of gonothecae); e) the hydranth is attached to the lower third of the inner hydrothecal wall; f) the perisarc of the colonies is rather thin and easily collapsible, especially on hydrothecae. 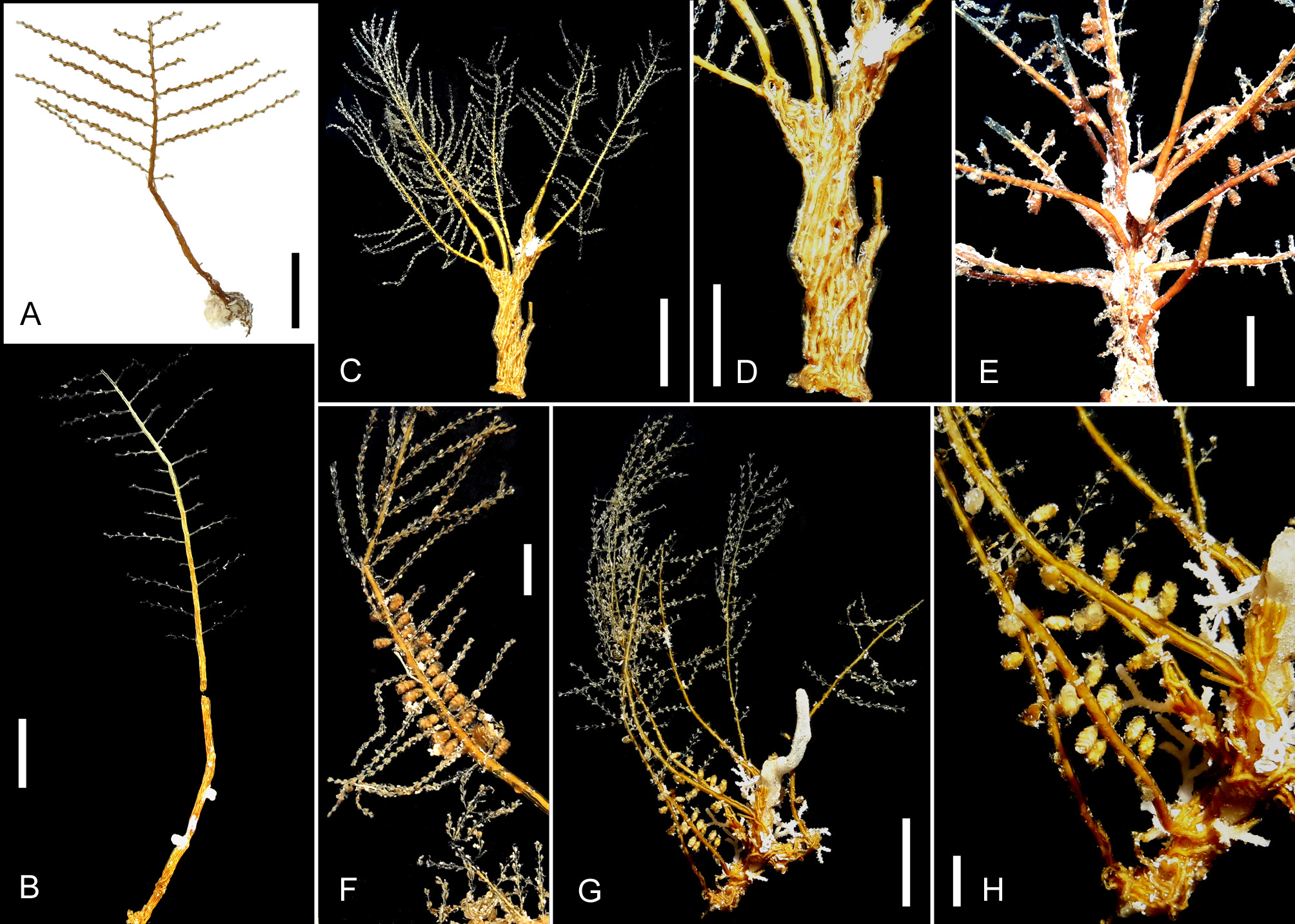 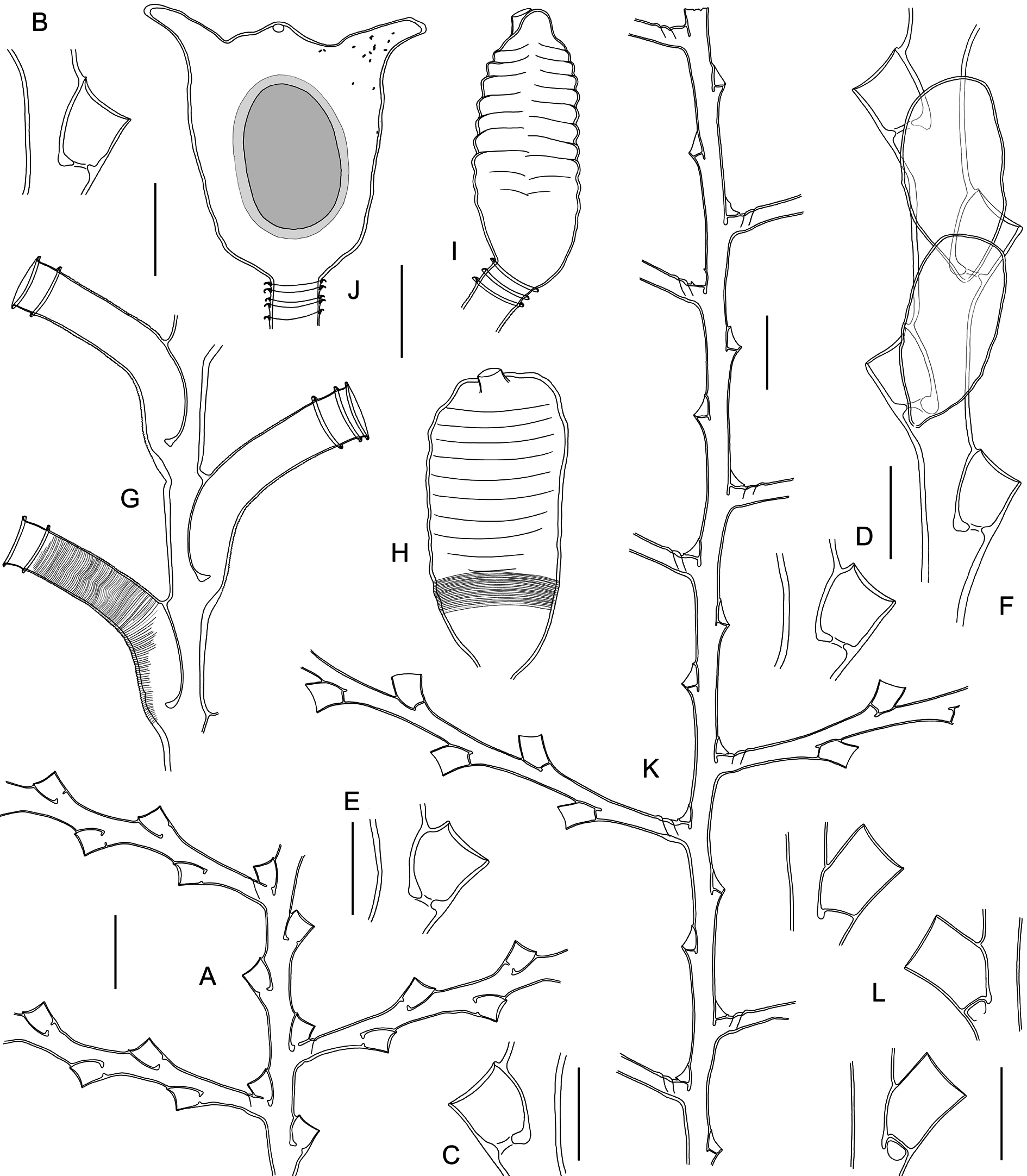