Pothaeus armatus Thorell, 1895: 276 . Type material (BMNH): 2 females, 1 juvenile from Burma ( Thorell 1895) . See above for details. The largest female in the type series is designated as the lectotype to define the species. The identity of the smaller female ( Figure 1 View Figure 1 (d, f)) and juvenile specimen is unclear.

The illustrations of Platythomisus bazarus ( Tikader 1970, fig. 27a, b) match the lectotype and other material listed herein. The markings, the lines and the two round muscle spots are found in the female specimen shown in Figure 1 View Figure 1 (a). The outline of the epigynum shown in Tikader’ s fig. 27b matches the outline of the epigynum of the lectotype ( Figure 1 View Figure 1 (e)).

Distinguished from known congeners by the short MA and RTA. Females are distinguished by the large pointed medial projections (pointed towards the median line) of the epigynum (arrow in Figure 1 View Figure 1 (e)) and by larger size ( Tikader 1970; Tang et al. 2009; Tang and Li 2010). Tang and Li (2010, p. 8) also note the large body size and the ‘medially shrunken’ cymbium.

Muennch leg, 1-2 August 2016. Material not seen, but drawings of the male and female genitalia were made available to me by Peter Jäger (SMF). 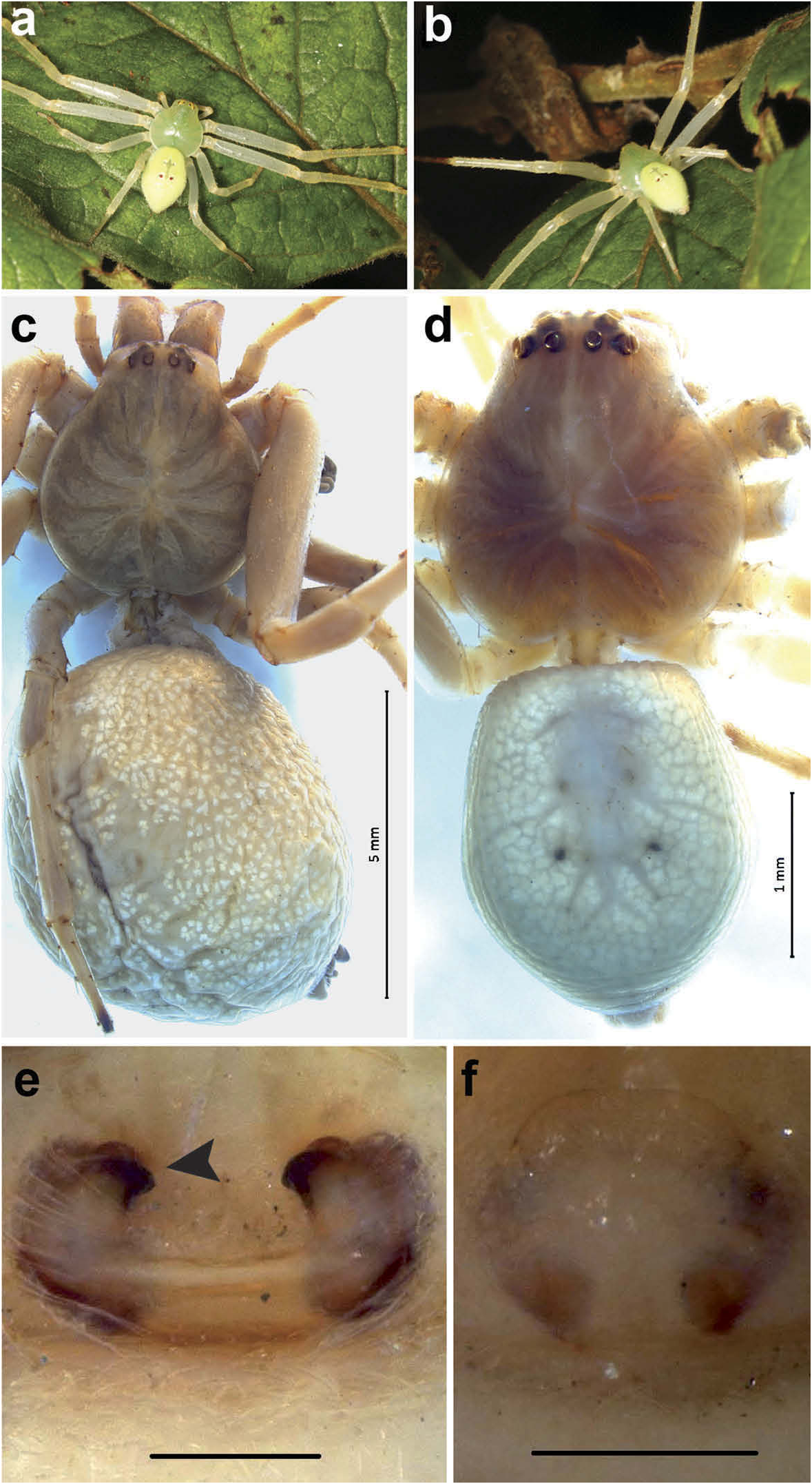