Mahavira is widely regarded as the founder of Jainism. Used as a noun in apposition.

Distinguished from known congeners by the distinctive shape of E (filiform, reaches up to the tip of C), C (cylindrical, enlarged at the centre, tapered towards tip, tip blunted; Figures 8 View Figure 8 (a, b) and 9(a–d)) and RTA (stout, tooth-shaped; Figure 9 View Figure 9 (e)). Females may be distinguished by the oval S, and short CD ( Figure 8 View Figure 8 (d, e)).

Known only from Kodaikanal and Trichanophilai in India. 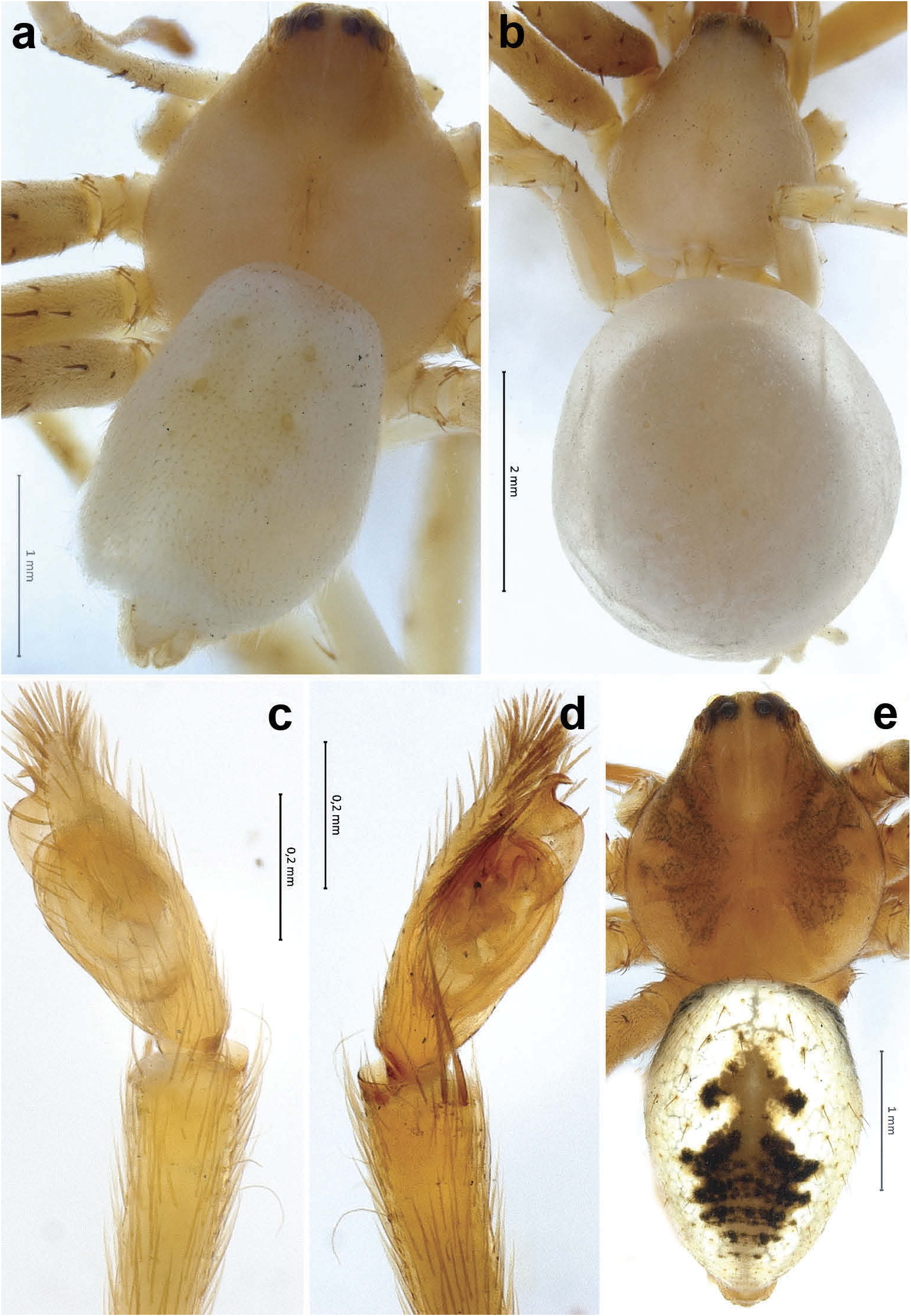 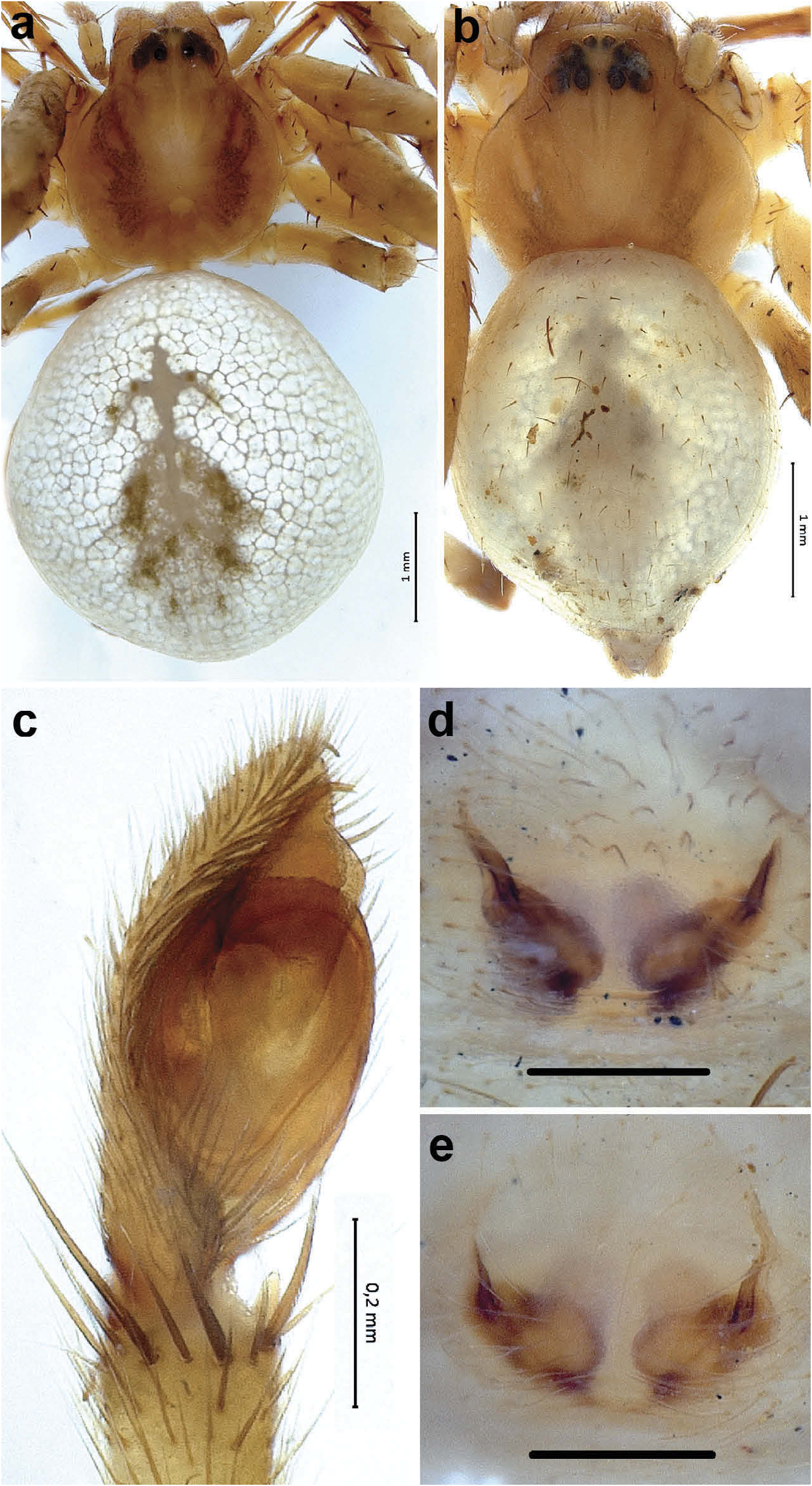 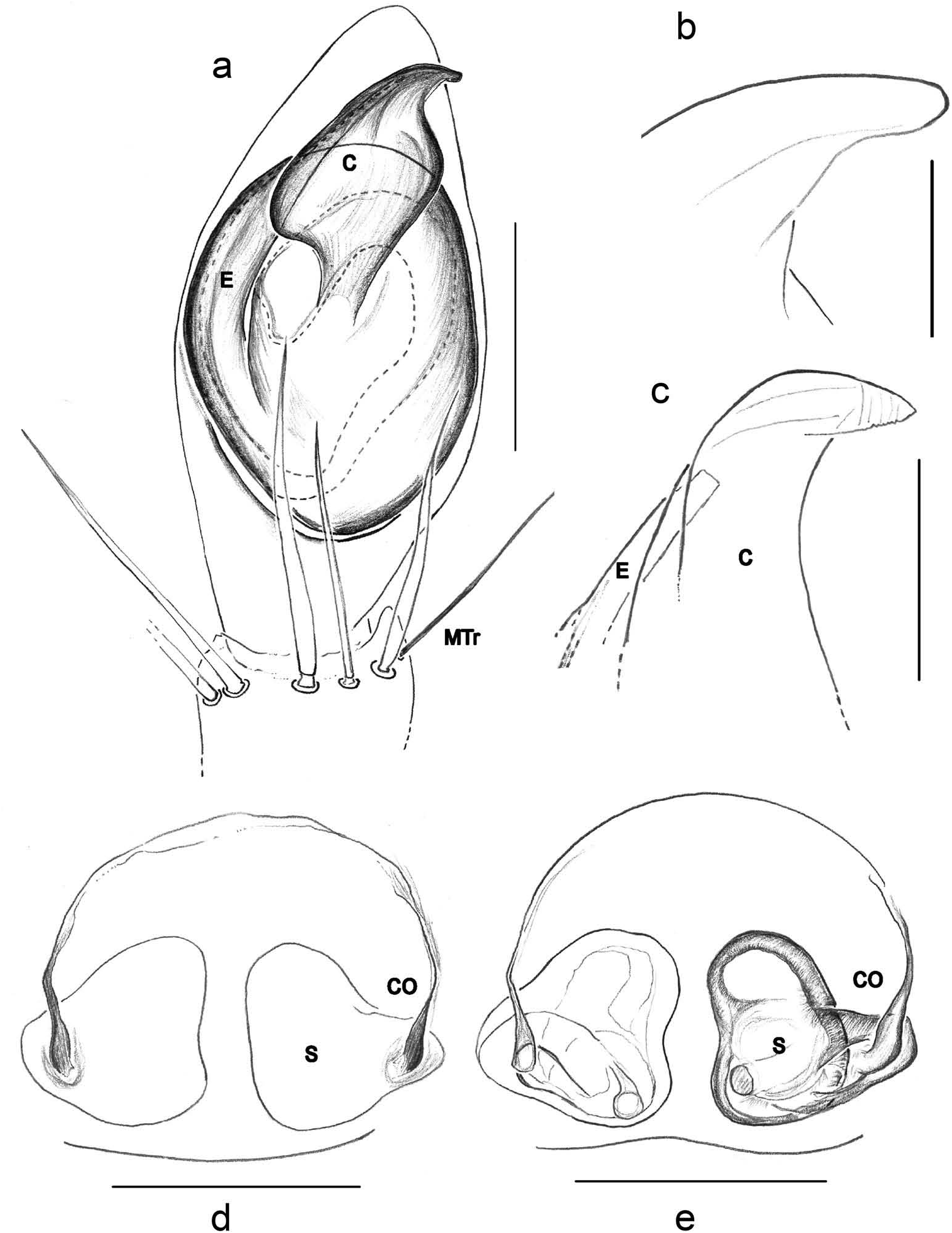 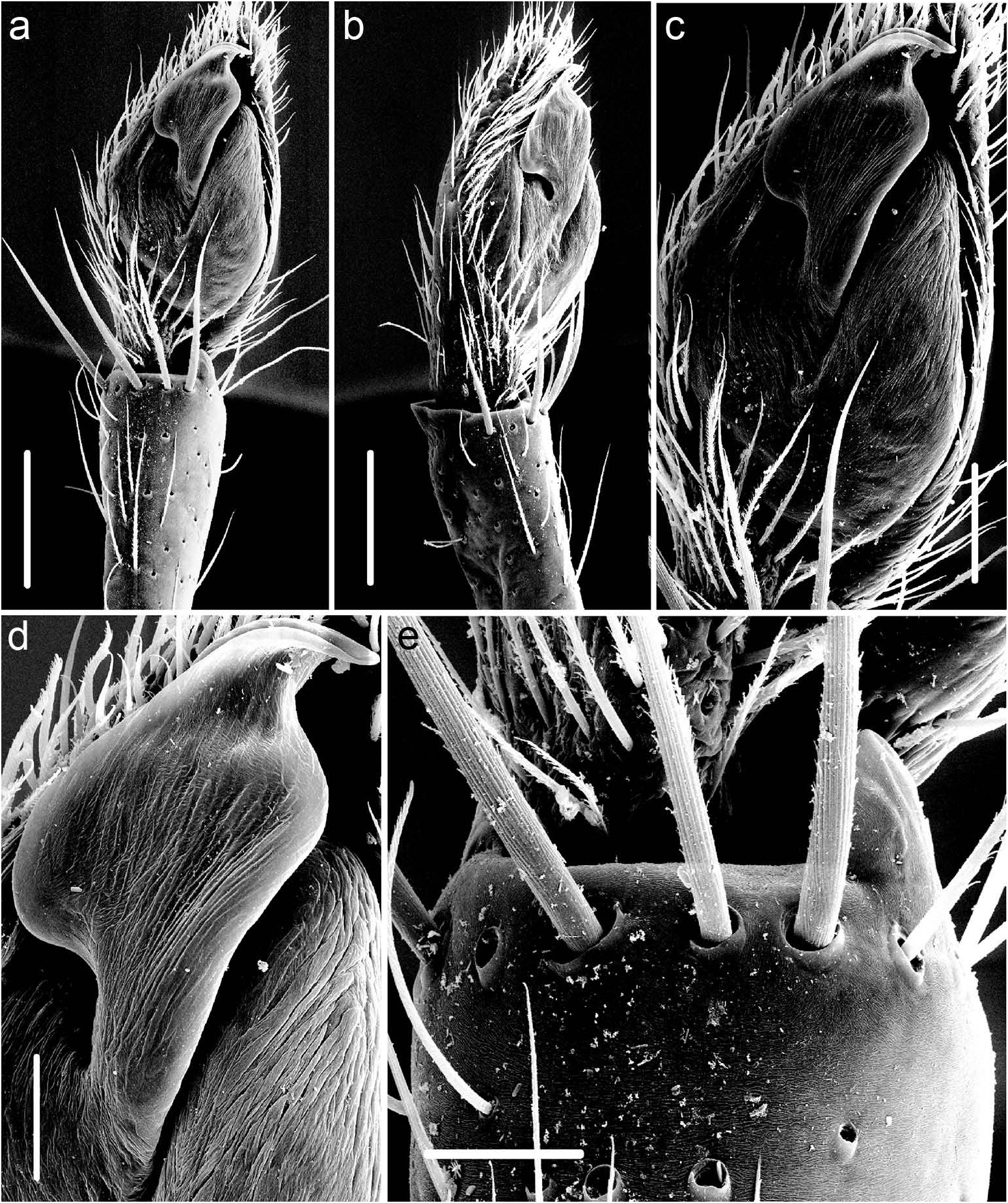