Diagnosis. Given the shape of parameres with apex simple, widely rounded, and inferiorly angulate this species is similar to P. fungorum   , P. newthayerae   , P. globosus   , and P. shuelkei   . Based on external morphology this species is most similar to P. fungorum   . The latter and P. hookeri   can be differentiated from other species of abovementioned group by (1) clypeus with two indistinct teeth that are not notched laterally, (2) metatibia slightly sinuate, (3) frontal angles of pronotum rounded, and (4) wings normally developed. Parachorius hookeri   subtly differs from P. fungorum   by not having modified metathoracic legs and the absence of a serrate margin of the metatibia.

Taxonomic notes. The paramere shape in P. hookeri   , P. fungorum   , P. newthayerae   , P. globosus   , and P. shuelkei   are almost identical. A larger series of specimens will be needed to assess intraspecific variation of P. hookeri   , known only from a single male, in comparison to its close relative P. fungorum   . Parachorius hookeri   may just be a minor male of P. fungorum   , with whom it has an identical shape of aedeagus, meaning that the two names should be synonyms.

However, I do not attempt to synonymize these names here, for the two reasons: (1) aedeagus shape is not an ultimate character for species delimitation in Parachorius   as some species have similar aedeagus shapes despite being drastically different in external characters; (2) in addition, these two forms seems to have a disjunct distributions with P. hookeri   occurring in northern India and P. fungorum   occurring in southern China, Myanmar, and Indochina. Thus, at this point, given the distribution and characters differentiating P. hookeri   and P. fungotum   , I consider P. hookeri   a separate species. 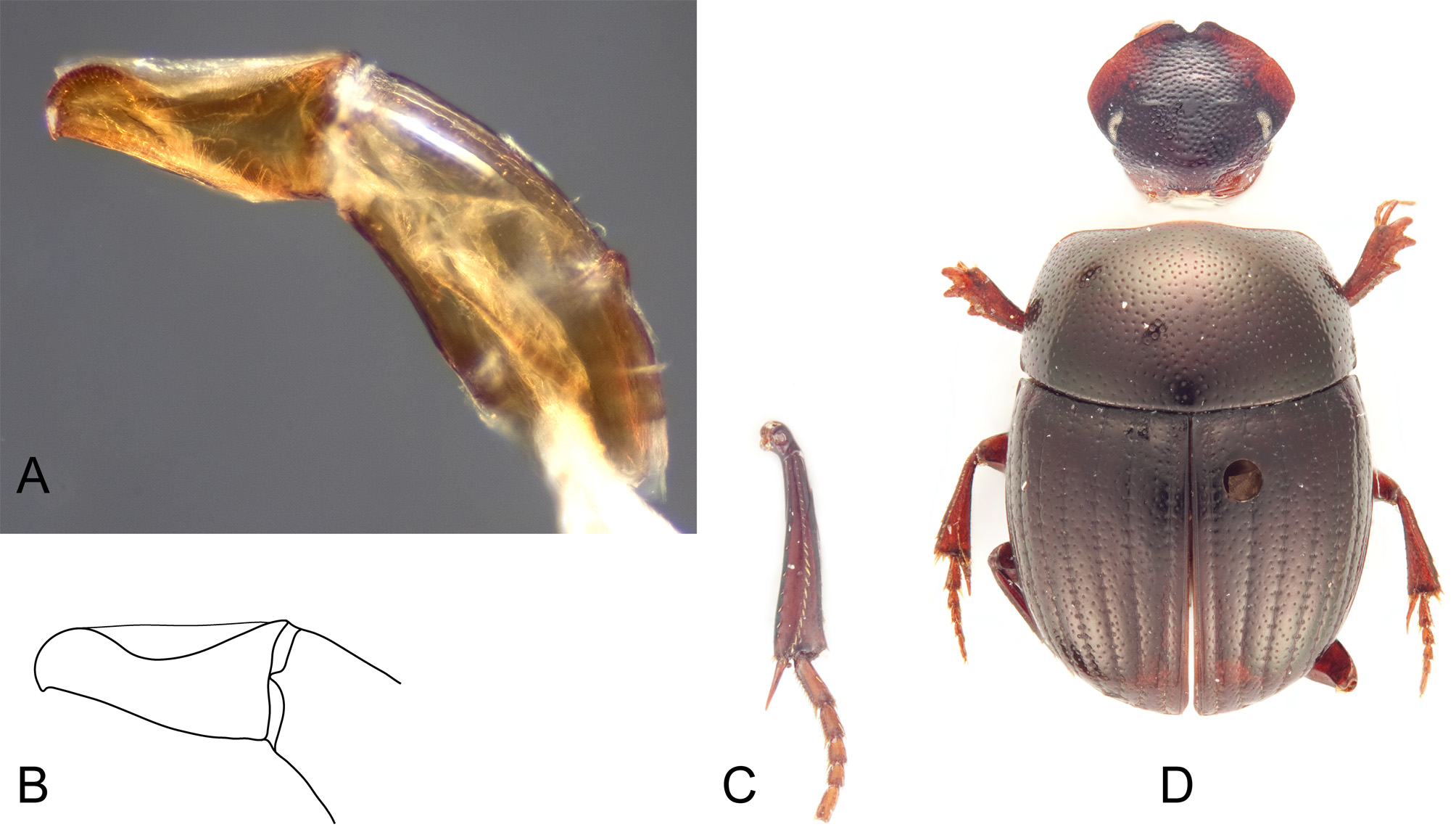