Described as species and afterwards considered a subspecies of T. cisti (Uvarov 1943)  . According to Lucas (1851) main characteristics of this taxon are: trilobate prozona ( Figs. 32 –33View FIGURES 32 – 39, 40– 41View FIGURES 40 – 53), long tegmina (more than abdomen) ( Figs. 40 –41View FIGURES 40 – 53, 54View FIGURES 54 – 59), hind wings just shorter than tegmina, pink-reddish inside with a central brown stripe (consisting of separated wide spots) just reaching half of the pink-reddish area. Three small spots are present on the fore border of the wing, above the brown area ( Fig. 54View FIGURES 54 – 59). Hind tibiae are yellow, as the inner side of femurs, that bear a brown spot inside, shorter than that of other populations. It has been cited only from Algeria (Lucas 1851, Krauss 1902) and has been considered by Saussure (1888) a possible variety of T. pulchripennis  , by Chopard (1943) a synonym of T. pulchripennis  , and by Uvarov (1943) a subspecies of T. cisti  . Its distribution overlaps with that of T. cisti  and T. pulchripennis  and covers the western part of inner Algeria. Concerning its biometrics (cf. Table 1), they lie within the variability of T. cisti  , as well as the pattern of hind wings colour. Therefore, I think that it could be treated as a synonym of T. cisti  . 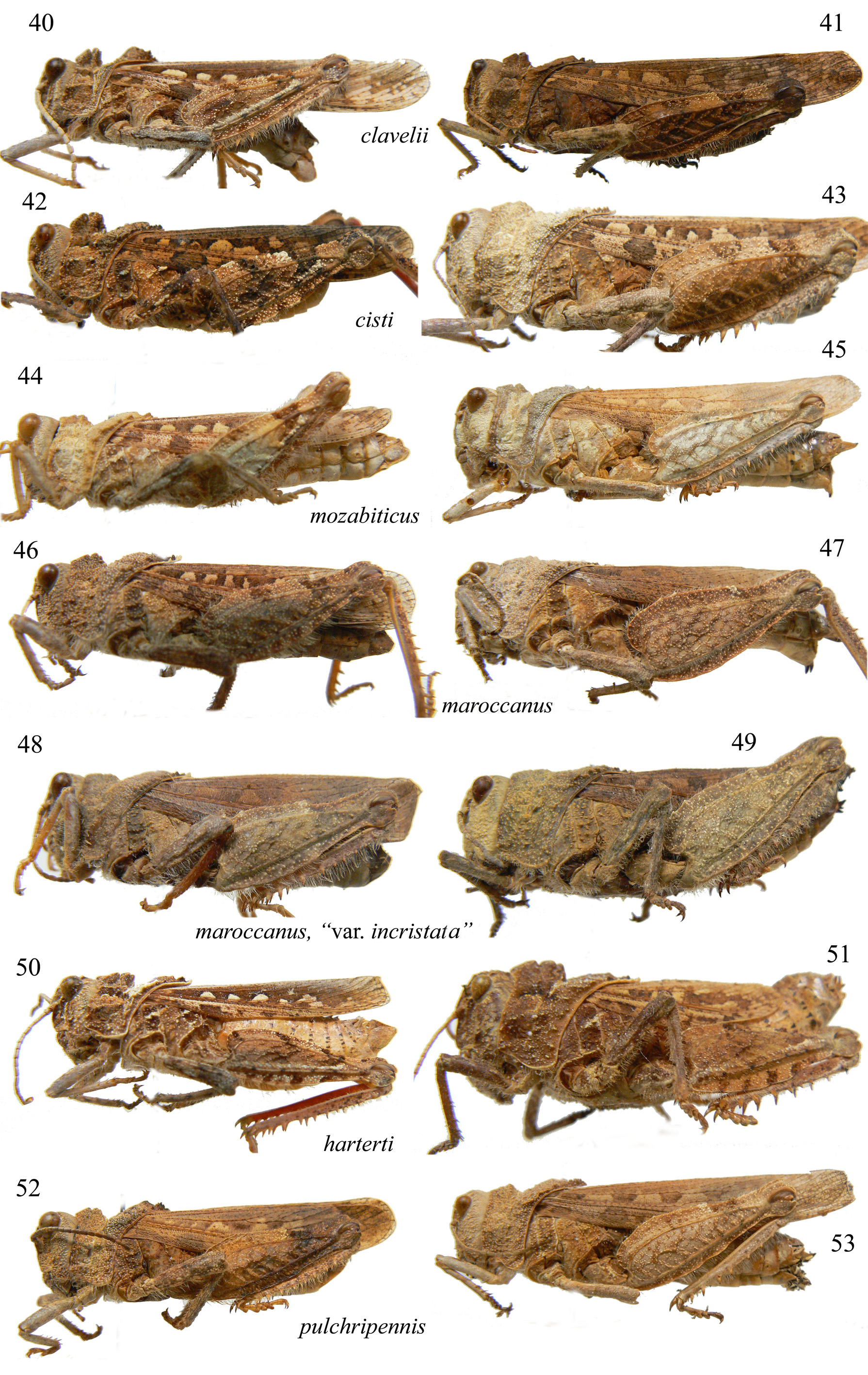 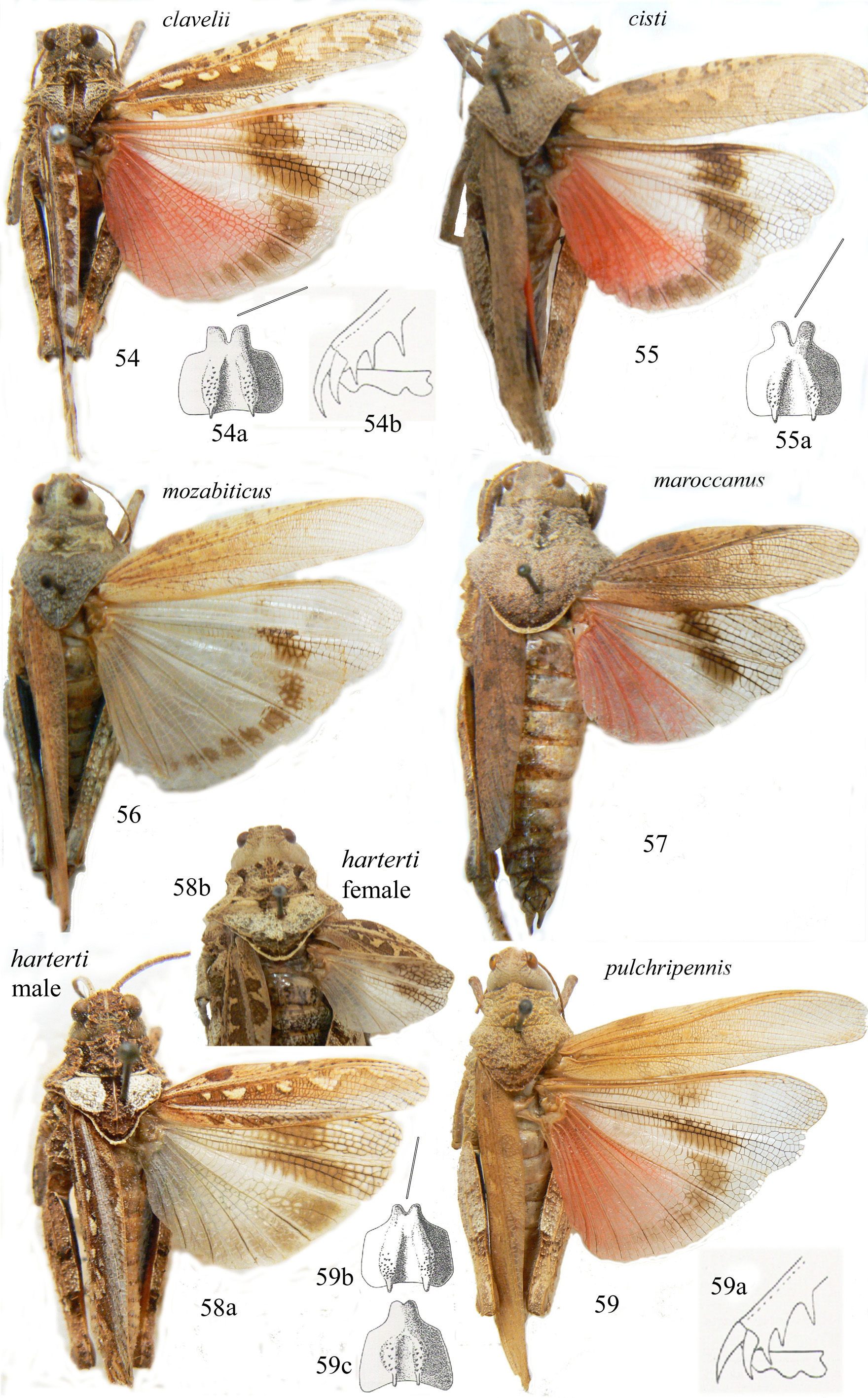