This Moroccan genus has been described only on a female; another female has been reported by La Greca (1993), who wrote that in absence of the male it is not possible to establish to which tribe it belongs. The sole species known, Pseudoamigus villiersi (Chopard, 1939)  ( Fig. 22View FIGURES 1 – 22), has not oval tegmina, typical character of Euryparyphini  ; thus, I place provisionally it within the tribe Pamphagini  . 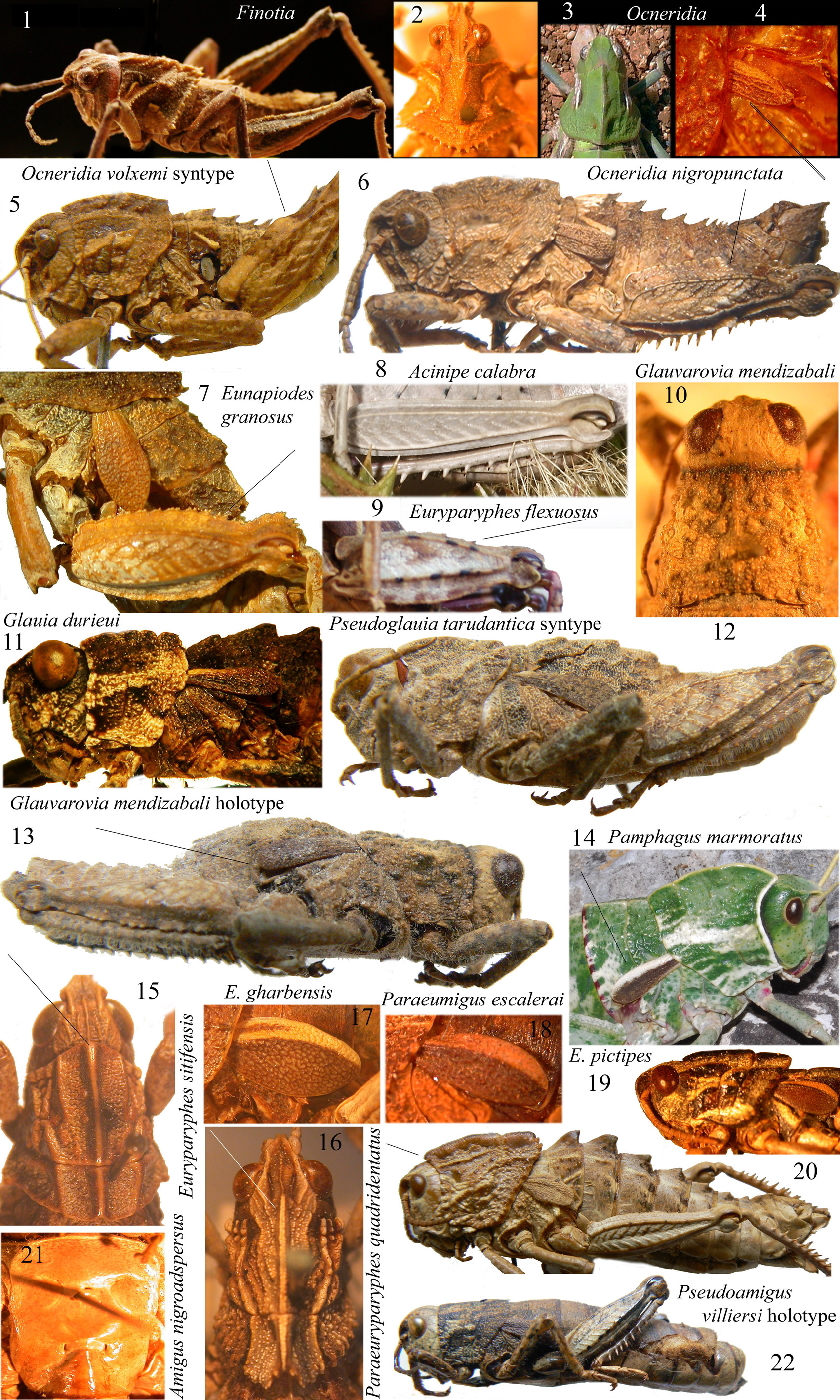 FIGURES 1 – 22. Characters of some Pamphagidae cited in the key to genera.