Descamps & Mounassif (1972) considered this taxon as subspecies of P. dolichocera  ; actually the two taxa are confined to three different mountainous Morocco areas, Ifrane National Park (between Sefrou and Azrou), Zaida National Park (between Khenifra and Marrakech) and Toubkal National Park (between Marrakech and Ouarzazate). P. dolichocera  lives only on the first two areas, while the other taxon only on the third area and between Marrakech and Chichaoua ( Fig. 107View FIGURES 107 – 109. 107). Biometrics of the two taxa are rather different, being P. dolichocera  stouter than P. theryi  . In particular hind femurs of the former are clearly stouter than those of the latter ( Table 2). Figs. 108–109View FIGURES 107 – 109. 107 show the ratio length/height of hind femurs versus length/height of pronotum of both sexes; it seems evident that the overlap is very low. Other than measurements, P. dolichocera  differs from P. theryi  also for the absence of white spots inside of the hind femurs, instead of presence in the other taxon. Thus, I consider P. theryi  as a valid species. Acinipe mauritanica  f. prasina described by Bolivar (1935) from Msuda (=M’Zouda) and characterized by a white stripe on the abdomen and green colour, actually is Paracinipe theryi  . 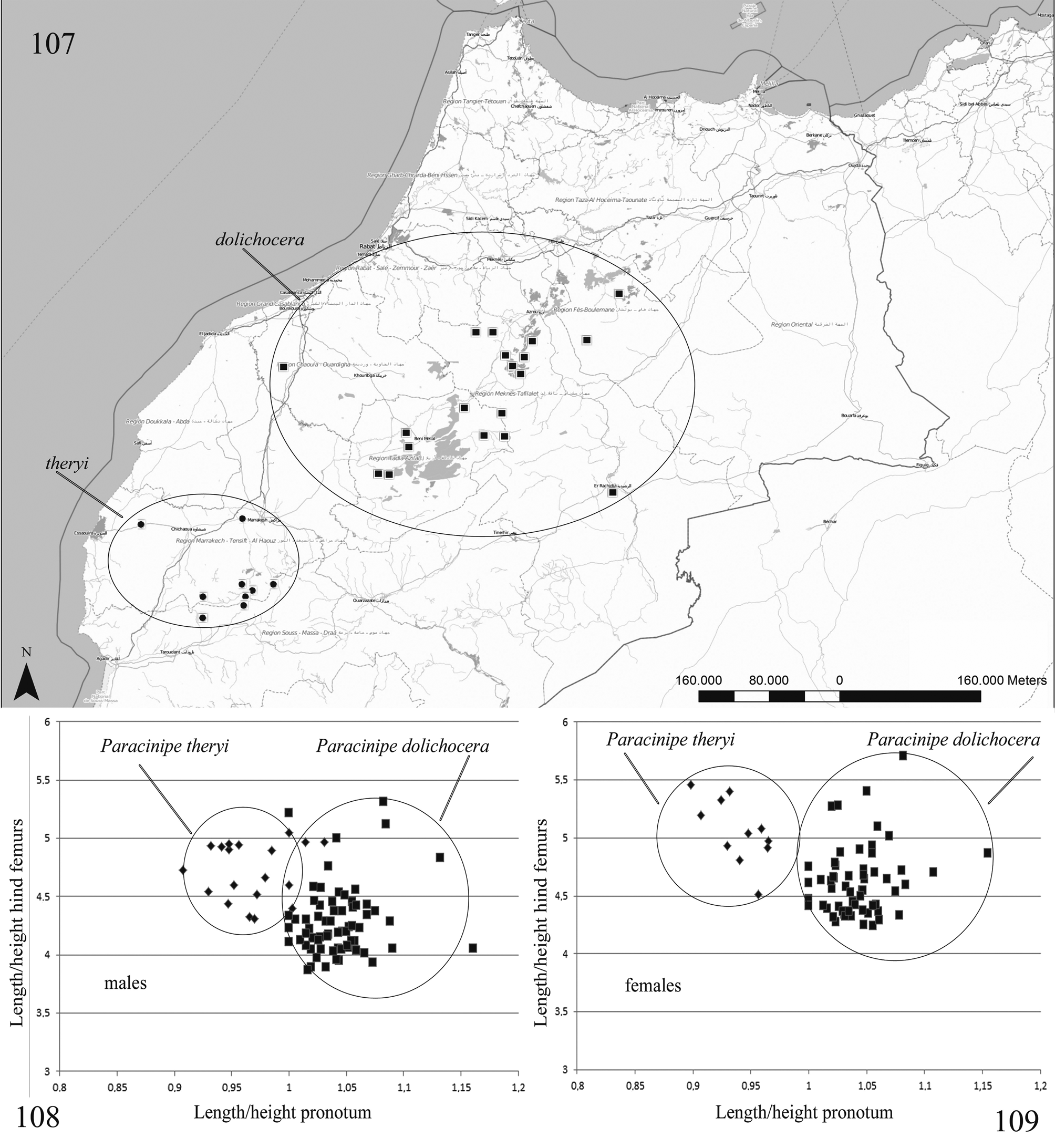