A revision of the genus has been carried out by La Greca (1993), and a key to species by Massa (2012 b). Characters of the genus are: prosternal process straight or slightly sloping, bi-pointed, vertex not protruding; median pronotal keel longitudinally furrowed (in some taxa only visible at high magnification), more or less raised, generally interrupted by the transverse sulcus (with some exceptions); pronotal lateral keels present or just evident (more evident when the median keel is straight). Mesosternal space is as wide as long or just wider than long in males and wider than long in females, metasternal space two times wider than long in males, three times in females. Hind border of pronotum is undulated or festooned; tegmina are oval, ca. two times longer than broad, brown with a whitish dorsal side, marked with a narrow brown line (absent in some species). First abdominal tergites are more or less toothed. Dorsal keel of hind femora is undulated or with very small spines, inner ventral keel with more or less evident spines (La Greca 1993, Llorente del Moral & Presa Asensio 1997, Massa 2012 b). It is closely related to Paraeumigus Bolivar, 1914  . According to Chopard (1943) the latter is characterized by a prosternal gorget ( Figs. 142View FIGURES 123 – 148. 123 – 145, 149, 153View FIGURES 149 – 160), but La Greca (1993) considers that only the shape of the aedeagus valves permits the separation of the two genera. In Euryparyphes  , valves in ventral view are more or less rhomboidal and may be of two types: 1) present in the species characterized by raised pronotum, in which the central part of aedeagus is concave and consists of two triangular median plates, each paired with a main keel; lateral secondary keels are present, which produce a lateral concavity; 2) present in the species with low or straight pronotum keel, in which the apical borders are much longer than basal ones, the base of apical valves shows short columnar keels, separated by similar furrows; main keels do not differ from secondary keels, and the lateral concavity is absent. In contrast to Euryparyphes  , Paraeumigus  shows a swollen base of valves, provided with columnar keels, without distinction between main and secondary keels; the apical part over the base is narrow, develops parallel to one other, and enlarges apically in two pairs of membranous lobes, one pair per valve; the base of apical valves is characterized by 3–4 columnar keels per side. Additionally, Euryparyphes  species have clearly oval tegmina ( Figs. 110–113View FIGURES 110 – 122), while Paraeumigus  ones have less oval tegmina, with upper border more or less straight ( Figs. 123–145View FIGURES 123 – 148. 123 – 145, 150– 160View FIGURES 149 – 160). Massa (2012 b) recognized 14 species of Euryparyphes  ; another one is here described from Middle Atlas, amounting to 15 species on the whole. 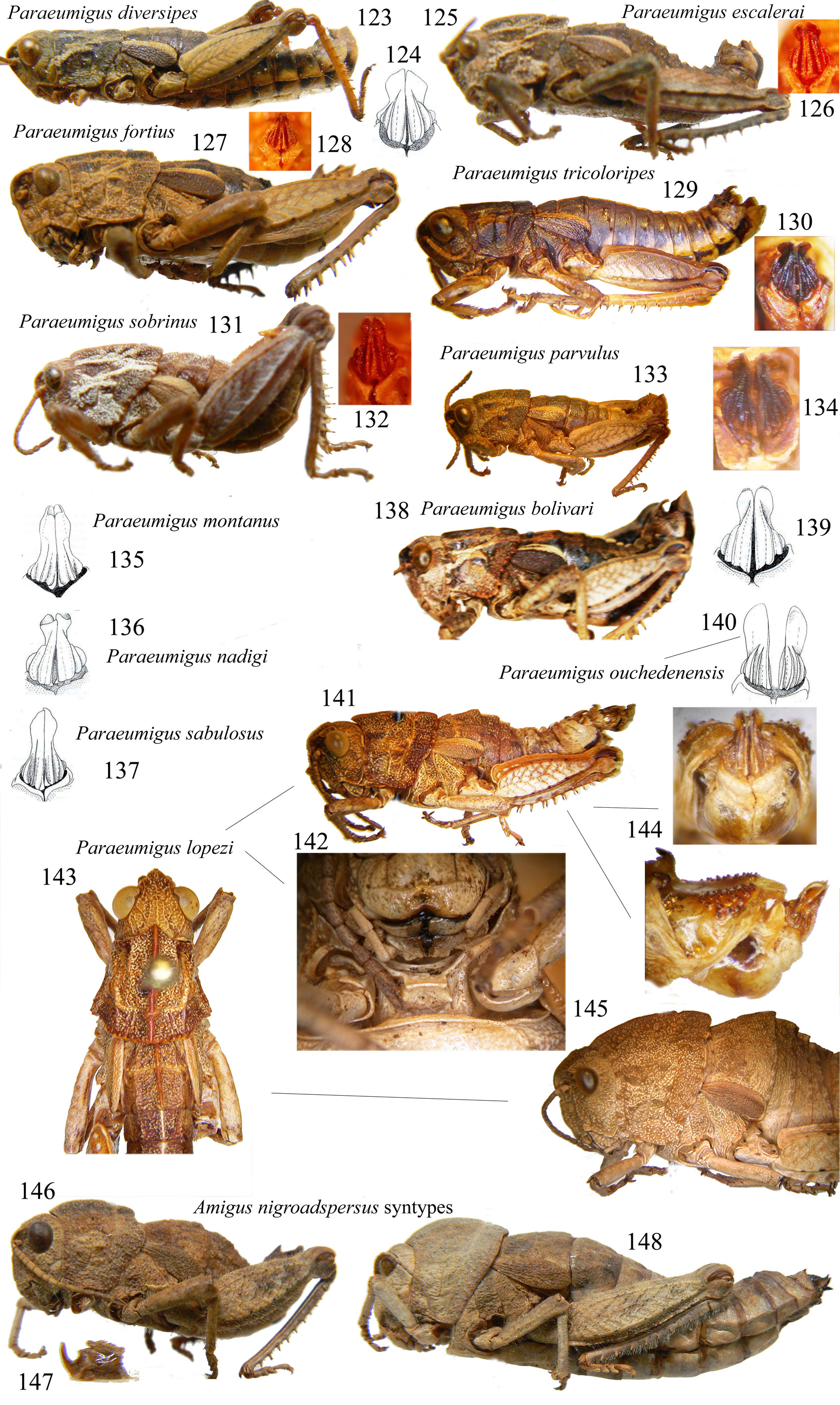 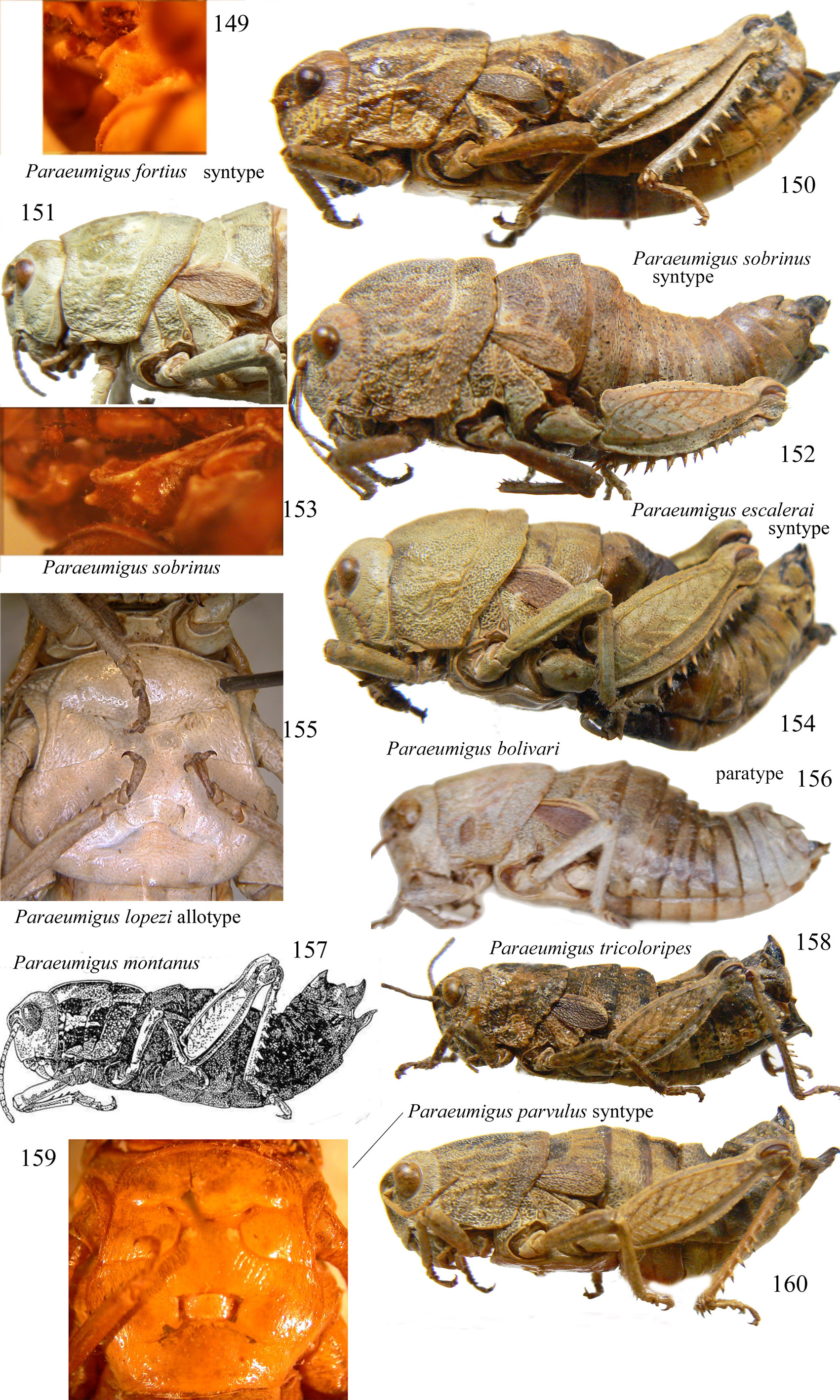 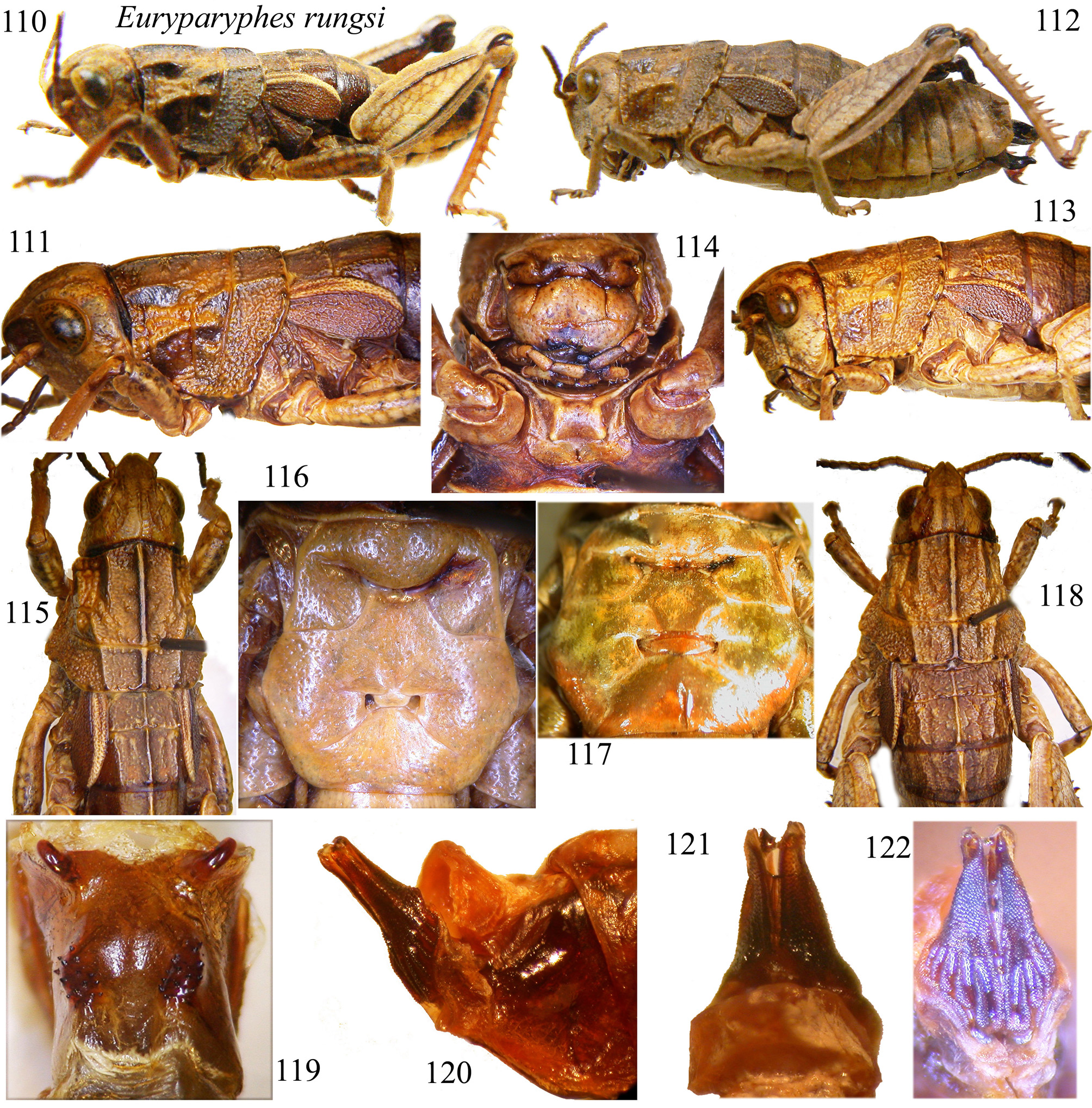