Type material (all lengths are SL)

Note on the type specimens. The 13 syntypes of D. fasciolatus housed at RMCA and the BMNH originate from the Lower Congo (Matadi, Boma and Manyanga cataracts), and the Central Congo [Kinshasa (formerly Léopolville), Monsembé and Upoto]. Three syntypes ( MRAC 28, 63 and 102) were found to be D. antonii and are therefore listed with D. antonii .

Because of the polyspecificity of the type series, the syntype MRAC 23, used in the original description of Boulenger (1898) to illustrate D. fasciolatus , is here designated as the lectotype. As such, all other syntypes of D. fasciolatus become paralectotypes.

Other material examined (all lengths are SL)

Small-sized specimens (c. 122–150 mm SL) in vivo are brown-yellowish on the flanks with copper-coloured reflections and with 13–20 dark vertical bars on the flanks. Dorsal fin scattered with many small, dark spots. Caudal fin with a discrete black outer edge. Adipose fin with no or only a very thin greyish distal margin ( Figures 3B View Figure 3 and 6 View Figure 6 ). Pectoral fins pale. Pelvic fins generally pale, sometimes with slightly darker distal margins. Dark spot above the pectoral fin and at the base of the caudal fin. Larger specimens (c. 300 mm SL) are brownish, the transverse bars on the flanks as well as the dark spots above the pectoral fin and the root of the caudal fin can become vague but the marks on the dorsal fin clearly remain. Small preserved specimens are brownish with a silvery whitish belly; larger specimens (c. 450 mm SL) are uniformly brownish.

According to Gosse (1963), D. fasciolatus is a bottom-dweller in streams. The fry are born near the river banks just before the April or December floods and feed on zooplankton and insect larvae in the flooded zones; adults mainly feed on insect larvae, aquatic plants, leaves and seeds. Fry were observed on the border of the stream just before the flood, spending the first few months in the flooded forest, before returning to the Echinochloa fields. Matthes (1964) considered this species as mainly herbivorous; the specimens he examined had sand, filamentous algae and plant debris in their stomachs, with some nematodes and insect debris (Ephemeroptera larvae, Trichoptera and small Dytiscidae ). He also stated that D.fasciolatus is found near the muddy bottom in lakes, large rivers and their dead-ending branches. Recent stomach content analyses on specimens from the Lomami and Maiko rivers (Kisangani region) confirmed this mainly herbivorous diet, though insects were also found in the stomachs (Vanstallen, pers. obs.).

This species is a widespread Congo basin endemic ( Figure 7 View Figure 7 ). One specimen (RBINS no. 9067) from a market in Albertville (Kalemie), Lake Tanganyika has been identified as D. fasciolatus by Poll (1953) and its identification confirmed by us. Poll (1953) stated that the species’ discovery at Albertville is probably caused by a recent and rare migration through the Lukuga River. Another plausible explanation, however, might be that since the specimen was bought at a local market, it has not been caught in Lake Tanganyika itself, but in adjacent rivers from the Congo basin, such as the Lukuga River.

The species name “ fasciolatus ” is derived from the Latin word “ fascia ”, meaning “band, bandage, girdle, zone, strip, stripe” with “ fasciola ” as a diminutive ( Brown 1956) and most probably refers to the well-marked transverse bars on the flanks. 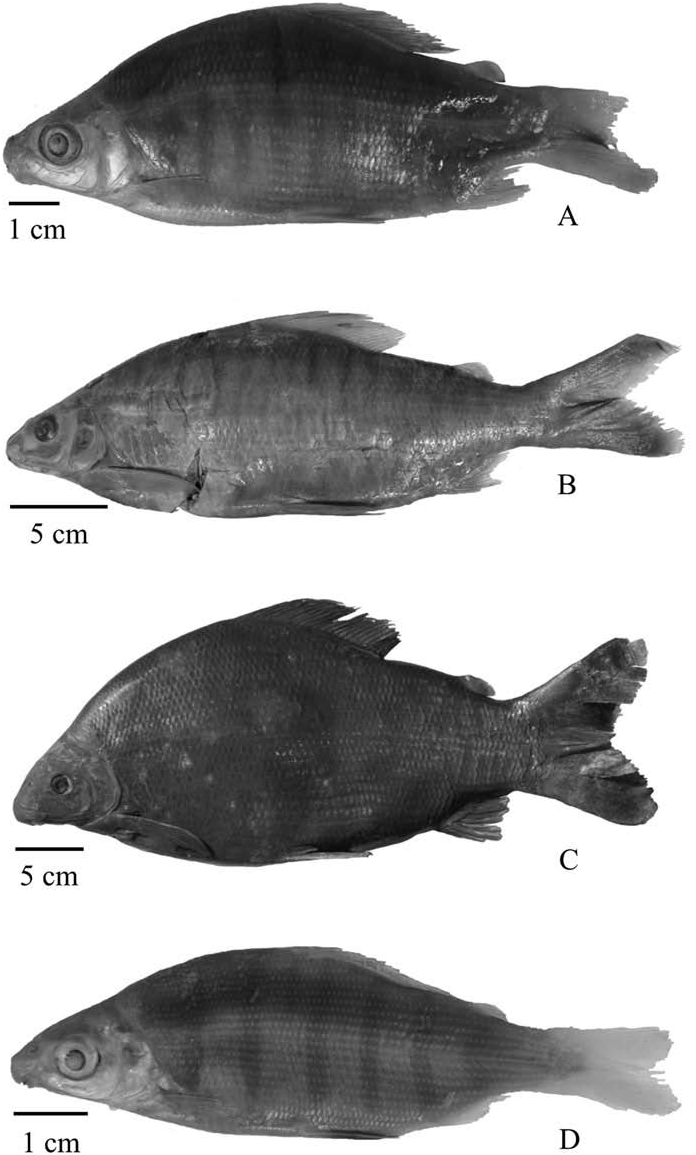 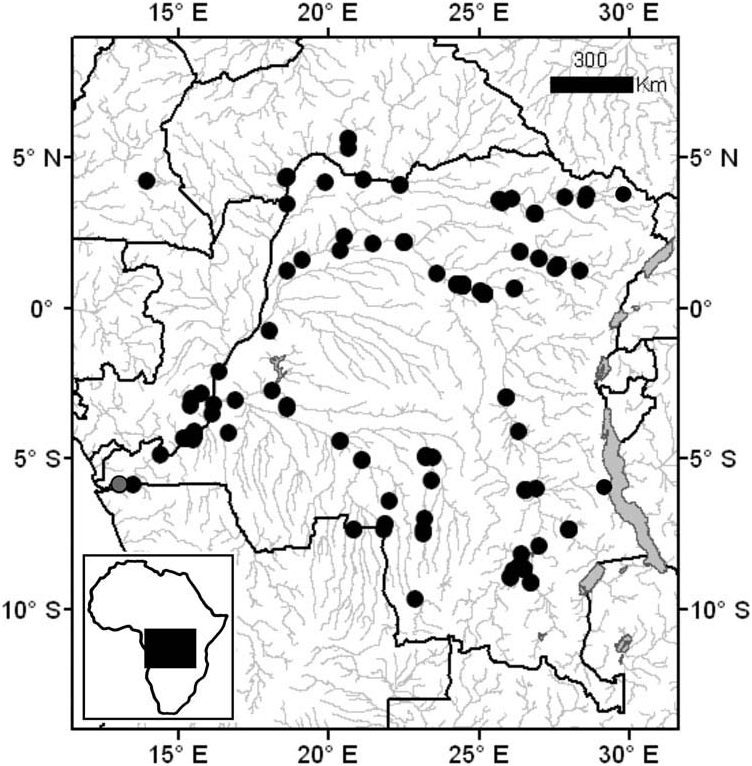 Figure 7. Distribution map of Distichodus fasciolatus based on the specimens identified at the AMNH and MRAC. () lectotype and (●) other specimens.