Taxonomic comments. Ophiothela  sp. was identified based on descriptions of the most comprehensive studies ( Verrill 1867; Clark 1976a; Cherbonnier & Guille 1978). The specimens were not identified to species level because the delineation of Ophiothela  species is unclear with many overlapping features. Therefore, we emphasize the necessity of a taxonomic revision of this genus. The shape of the dorsal arm plate was not described due to the presence of granules, making it difficult to observe the edges of the plates. We also assume that the dorsal arm plates are very tiny as they were not observed under the stereomicroscope. The vertebrae were classified as an aberrant type because the zygocondyles and zygosphene were apparently absent or reduced, similar to findings of Viana (2010). This difference may allow it to flex its arms vertically ( Litvinova 1994). The number of arm spines ranged from three to four, with the ventral shortest and bearing sharp teeth in all our specimens. Presumably, the sharp teeth serve as hooks for adhesion ( Verrill 1867).

Remarks. 90% of specimens differed in the size of arms and disc due to their high degree of fission and regeneration. Ophiothela  has a great variety of colors ( Clark 1976a). Orange and purple were observed in living specimens and reddish purple, cream, or white for those fixed in alcohol. Although this genus is commonly found on biological substrates, particularly gorgonians, it was collected on the soft bottom by dredge (99% of spms) and corer. 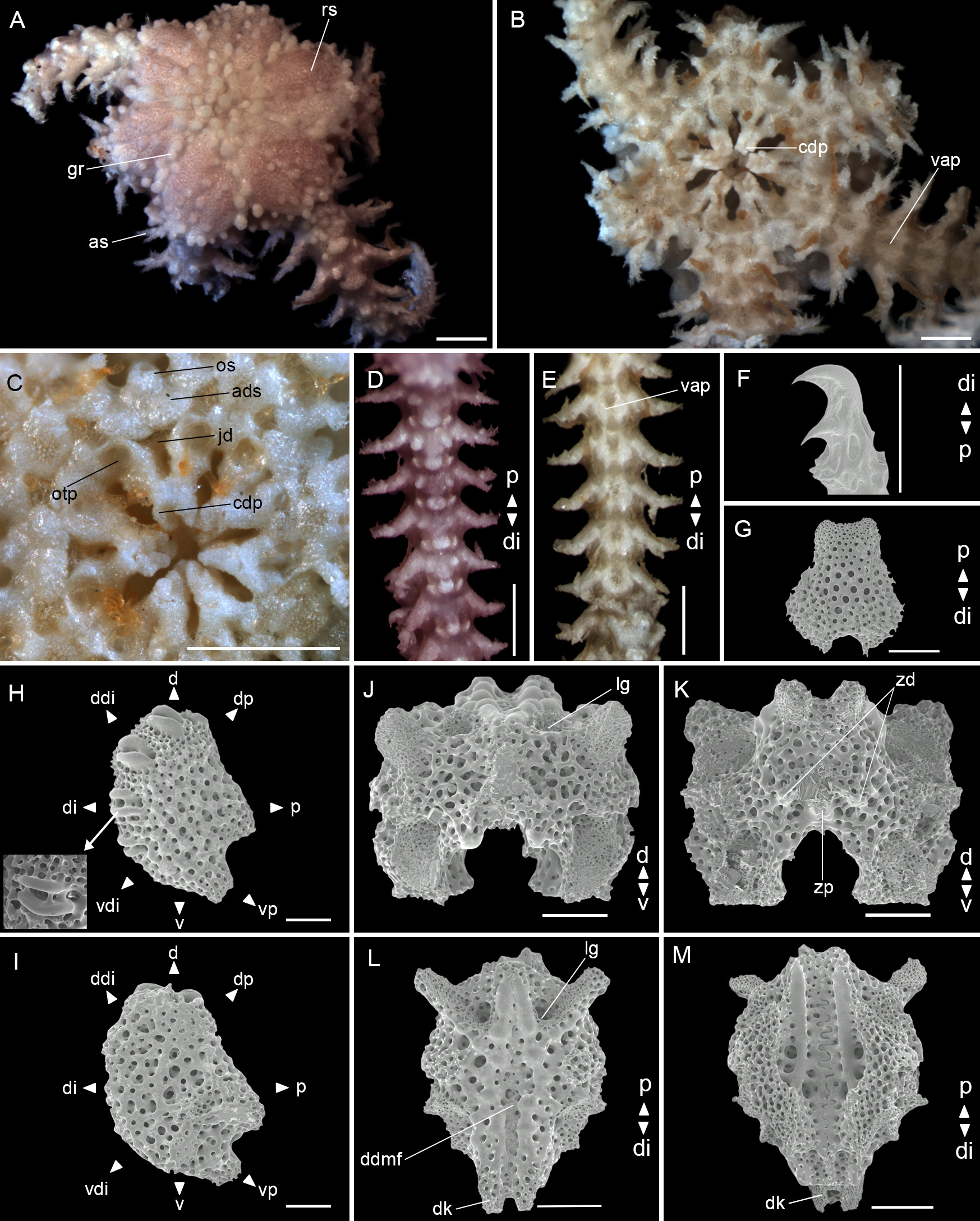