C o m m e n t: The original description is based on an unspecified number of syntypes from "Zante (v. Kiesenwetter), Creta (Zebe)" ( KRAATZ 1858). According to Lutz Behne (e-mail 22 Aug., 2018) there is no type material in the Kraatz collection at the SDEI. The collection of Gustav Zebe was moved to "Hartmann/Arnswalde" around 1870 ( HORN et al. 1990); the Kiesenwetter collection is deposited in the Zoologische Staatssammlung München. It does not seem likely that the former collection will ever be located, and no type material was found in München (Michael Balke, e-mail 7 Sept., 2018).

According to SCHÜLKE & SMETANA (2015), M. graeca   has a trans-Palaearctic distribution and been recorded from North Africa ( Morocco, Algeria, Tunisia), West and South Europe ( Great Britain, France, Italy, Bulgaria, Greece), the Caucasus region ( Azerbaijan), Middle Asia ("Turkestan"), China, and Japan. The identity of M. graeca   , however, has never been clarified based on a study (and illustrations) of the sexual characters.

Six specimens labelled as Myllaena graeca   from Romania (one specimen), Azerbaijan (2), Algeria (1) and Tunisia (2) were found in the collections of the SDEI. They all belong to M. intermedia   ERICHSON, 1837 ( Romania, Azerbaijan) and M. brevicornis (MATTHEWS, 1838) ( Algeria, Tunisia). Only two specimens labelled as M. graeca   , both of them teneral males, originally on one pin, and collected in Crete, were found in the collections of the NHMW. They belong to the same species group as the species here interpreted as M. graeca   and as M. mutabilis   . However, whether they are conspecific with the original type material of M. graeca   from Zakinthos, with M. mutabilis   (see below), or whether they belong to yet another (unnamed) species can be clarified only when females are available. In view of the previous confusion regarding the identity of this species, a neotype designation is deemed indispensable. Therefore, a female from a locality in Arta, which is geographically not far from Zakinthos (Zante), is designated as the neotype. It is in agreement with the details given in the original description. R e d e s c r i p t i o n: Body length 2.6-3.8 mm; length of forebody 1.4-1.7 mm. Forebody as in Fig. 1 View Figs 1-7 . Coloration variable: head dark-reddish to blackish; pronotum and elytra bright-reddish to dark-brown with paler margins; abdomen reddish to blackishbrown, with the posterior margins of tergites III-VI, the posterior portion of tergite VII, and segments VIII-X reddish; legs yellow; antennae yellow to yellowish-brown, often with the middle more or less extensively and more or less distinctly darker. Other external characters similar to those of Myllaena intermedia   .

C o m p a r a t i v e n o t e s: This species is best identified based on the conspicuous shape of the spermatheca; no other West Palaearctic congener has a spermatheca of even remotely similar shape. In body size, habitus, and other characters, M. graeca   is similar to M. intermedia   . Aside from the primary sexual characters, it differs from this species by (mostly) paler coloration, less slender antennae with less oblong antennomeres IV-X, and the shape of the female sternite VIII ( M. intermedia   : posterior margin convex). The median lobe of the aedeagus somewhat resembles that of M. dubia, but differs by significantly smaller size (M. dubia: median lobe approximately 0.6 mm long), a sinuate basal portion of the ventral process in lateral view (straight in M. dubia), a much smaller crista apicalis, and internal structures of different shape. For characters distinguishing M. graeca   from the closely related M. mutabilis   , with which it shares not only a similar habitus and other external characters, but also an aedeagus of highly similar shape, see the comparative notes in the following section.

D i s t r i b u t i o n a n d n a t u r a l h i s t o r y: Thisspecieshasreliablybeen recorded only from Greece (mainland, Lesbos) and from North Turkey ( Map 1 View Map 1 ). Previous records from other regions should be regarded as erroneous for the time being. Based on external characters and on the morphology of the aedeagus, the two teneral males from Crete may belong to M. graeca   , too. However, females would be required to reliably confirm the presence of this species in Crete.

The examined material was collected from wet moss, sifted from wet litter and debris near streams and waterfalls, or sifted from debris on a grassy roadside. The altitudes range from 160 to 1540 m. 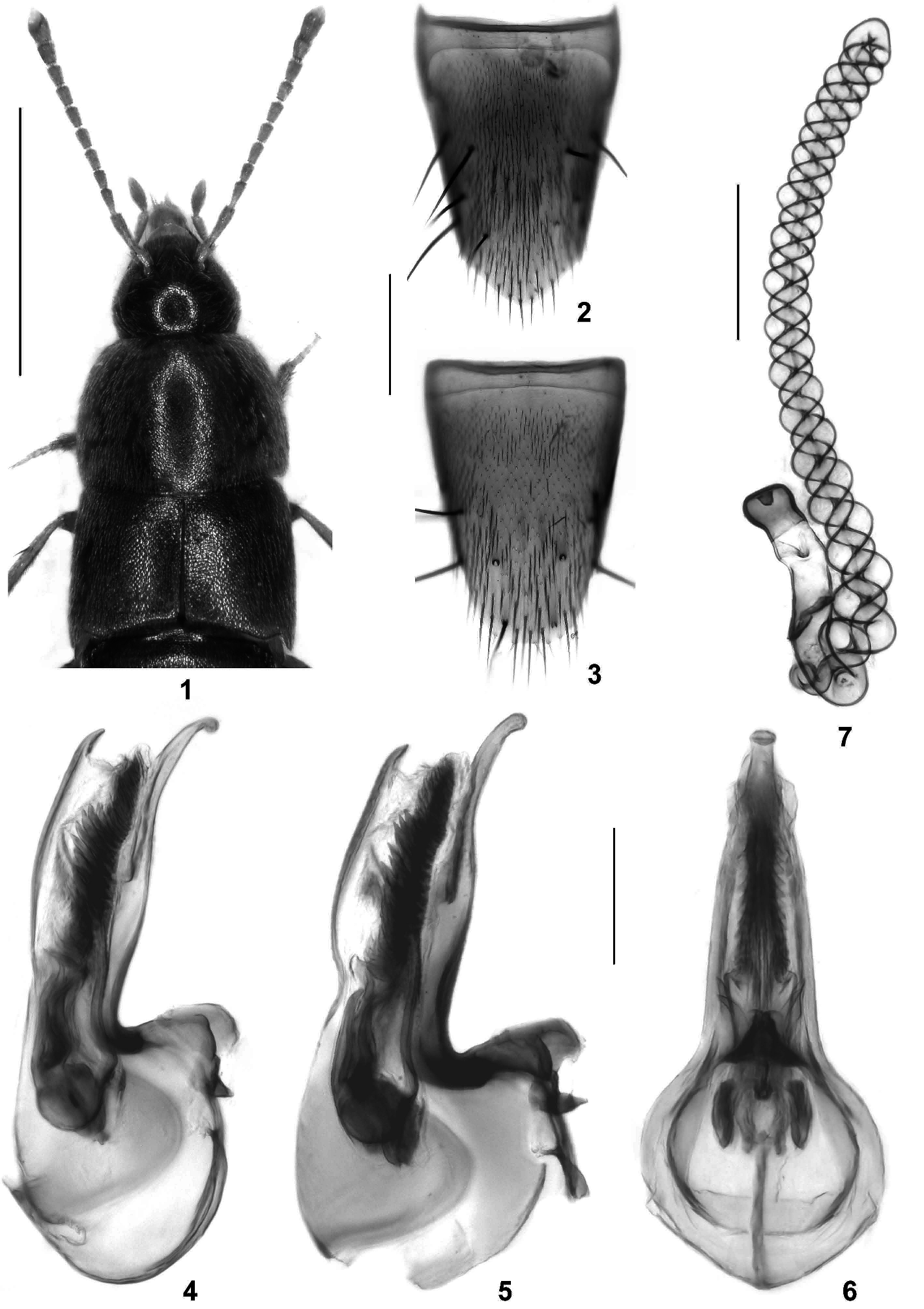