Etymology. Named for the state of Tasmania; a noun in the genitive singular.

Remarks. Munidopsis tasmaniae   n. sp. most closely resembles Ms. proales   n. sp. in bearing epipods on the first three pereopods and in the general carapace ornamentation in which the lateral and frontal teeth are broad and blunt, the dorsum is covered with squamae, and the paired epigastric processes are flattened and apically blunt. Munidopsis tasmaniae   is readily distinguished from Ms. proales   in having smaller and much lower squamae on the carapace, and in having more robust chelae. Unfortunately, the rostrum of Ms. proales   is unknown.

The carapace ornamentation of both new species resembles Ms. sonne Baba, 1995   in the covering of squamae, blunt lateral and frontal teeth and serrate rostral margins (unknown in Ms. proales   ). The two new species are readily distinguished from Ms. sonne   by the well­ instead of ill­defined lateral carapace teeth, distinct but blunt epigastric processes, presence of small blunt processes on the eyestalks, and the uni­ instead of multispinose dorsal margin of the basal antennular segment.

Distribution. Known only from southeastern Tasmania at 1100–1135 m depth. 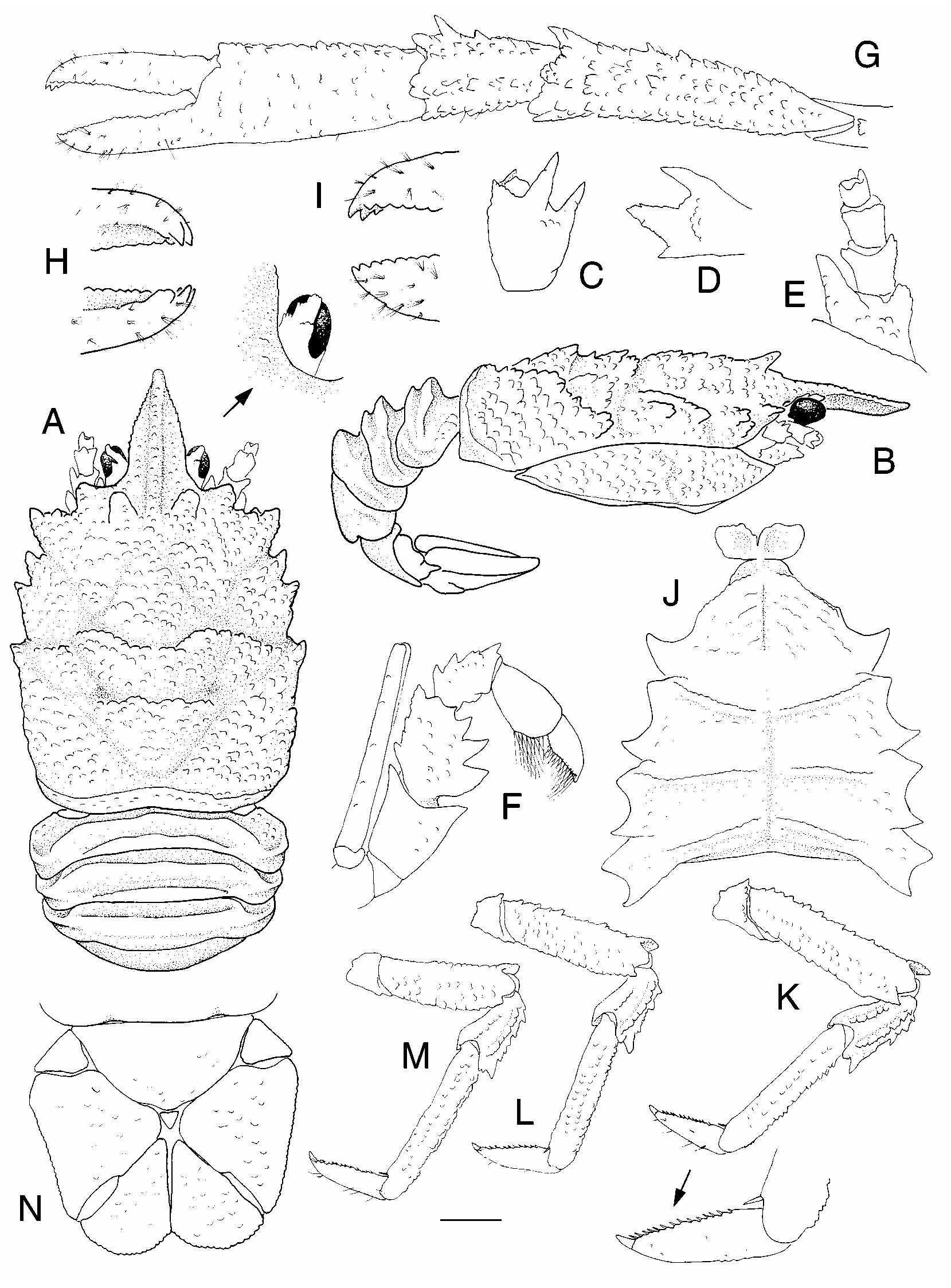