Diagnosis. Seminemacheilus tubae   is distinguished from other species of Seminemacheilus   by a combination of characters, none of them unique. It is distinguished by having 2–5 (6) pores in the supraorbital head canal (vs. 7–13 in S. attalicus   , 5–8 in S. lendlii   , 6–10 in S. ispartensis   ), a truncate caudal fin (vs. round in S. ahmeti   and S. ekmekciae   , slightly emarginate in S. attalicus   ), the upper lip without a median incision (vs. present in S. attalicus   and S. ekmekciae   ), and by lacking a central pore in the supratemporal head canal (vs. present S. attalicus   ). It is further distinguished from S. ispartensis   by having a scaleless body (vs. scales present on the caudal peduncle); a longer head (24–28% SL vs. 21–24), and a deeper caudal-peduncle (12–15% SL vs. 10–12). The new species further distinguished from S. lendlii   by having a shorter pre-pelvic length (53–56% SL vs. 56–59) and from S. ahmeti   by lacking black or brown dots or blotches on the belly (vs. present), and the posterior naris not reaching to the anterior eye margin when folded backward (vs. reaching).

In life, body silvery or yellowish with dark-brown pattern. Without inner axial stripe.

Etymology. Named for Tuğba (Tuba) Kaya, beloved wife of Cüneyt Kaya (the second author), for her endless patience and support with him and his work. A noun in the genitive case, indeclinable.

Distribution. Seminemacheilus tubae   has been found in Lake Beyş e hir basin, where it seems to be quite rare as well as in the Göksu River drainage, which belongs to the Mediterranean basin.

Remarks. Based on DNA barcoding S. tubae   is well separated from all other species of Seminemacheilus   , and by a minimum K2P distance of 3.1% to S. ekmekciae   . It is supported as a distinct species by the PTP approach, but not by the mPTP delimitation. While we were waiting for the proofs of our study, Çiçek (2020) described the Seminemacheilus   species from the Mediterranean Göksu River drainage as S. dursunavsari   . It has escaped the attention of the author, reviewers and editor, that Article 16.4. of the International Code for Zoological Nomenclature (ICZN, 1999) requires that the fixation of name- bearing types for a new species to be explicit: “ Every new specific and subspecific name published after 1999, except a new replacement name…, must be accompanied in the original publication 16.4.1. by the explicit fixation of a holotype,… and 16.4.2. where the holotype or syntypes are extant specimens, by a statement of intent that they will be (or are) deposited in a collection and a statement indicating the name and location of that collection.” That means that for species described after 1999, the holotype must be finally deposited in a collection and it is obligatory to indicate the name of the collection and where it is located. When Çiçek (2020) described Seminemacheilus dursunavsari   , he designated “ NUIC-1811” as the holotype of this new species. It was not mentioned in his publication, which collection NUIC might be and where this collection is located. This makes the holotype of S. dursunavsari   invalid as it does not fulfil the requirements of Article 16.4.2, mentioned above. Therefore, the name S. dursunavsari Çiçek, 2020   is not available from the original description. Seminemacheilus dursunavsari   is only distinguished from S. tubae   by a minimum K2P distance of 0.3%, and we find no morphological characters distinguishing S. dursunavsari   from S. tubae   based on the study by Çiçek (2020). Therefore, we identify the Seminemacheilus   species of the Göksu River drainage as S. tubae   . 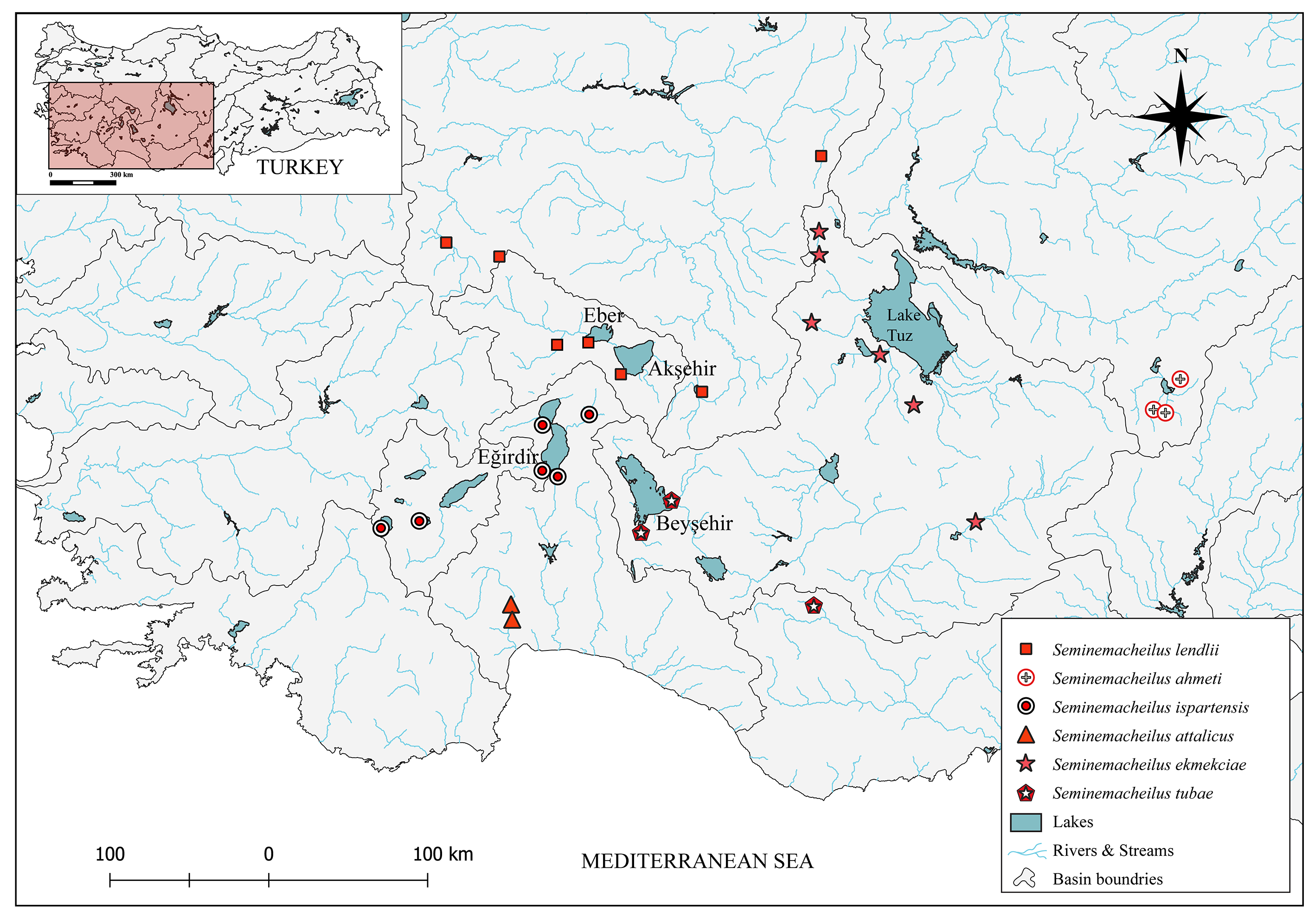 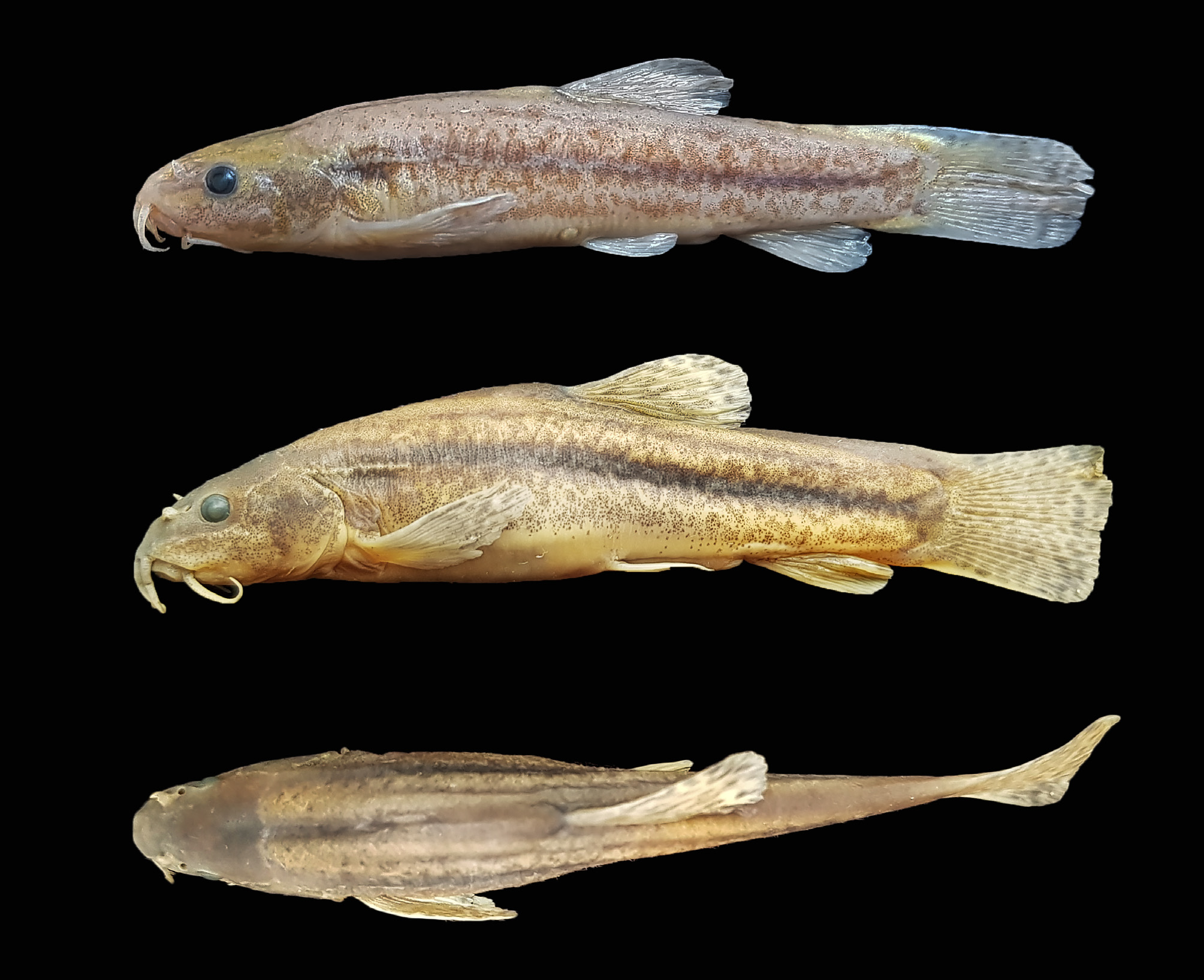 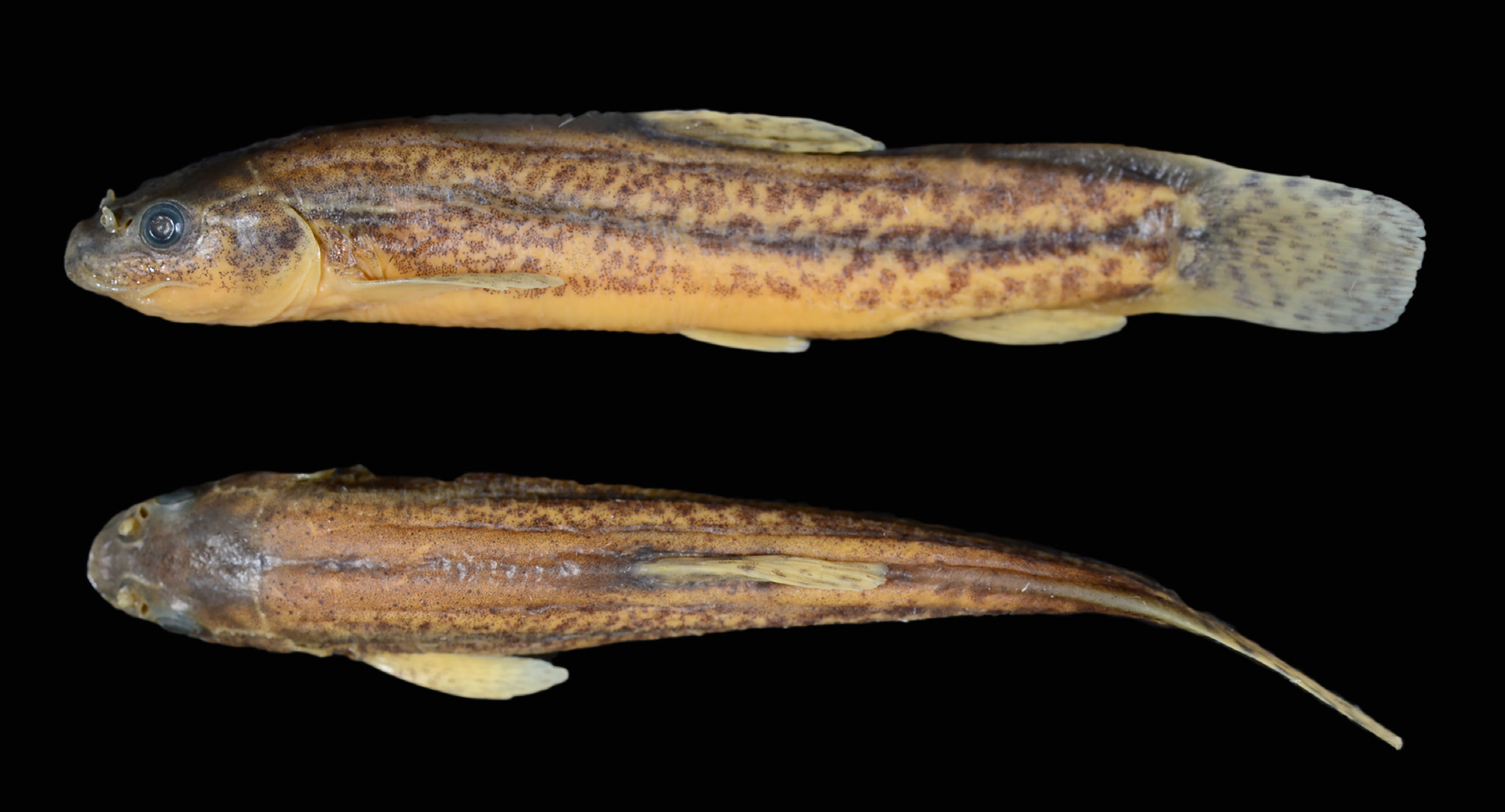 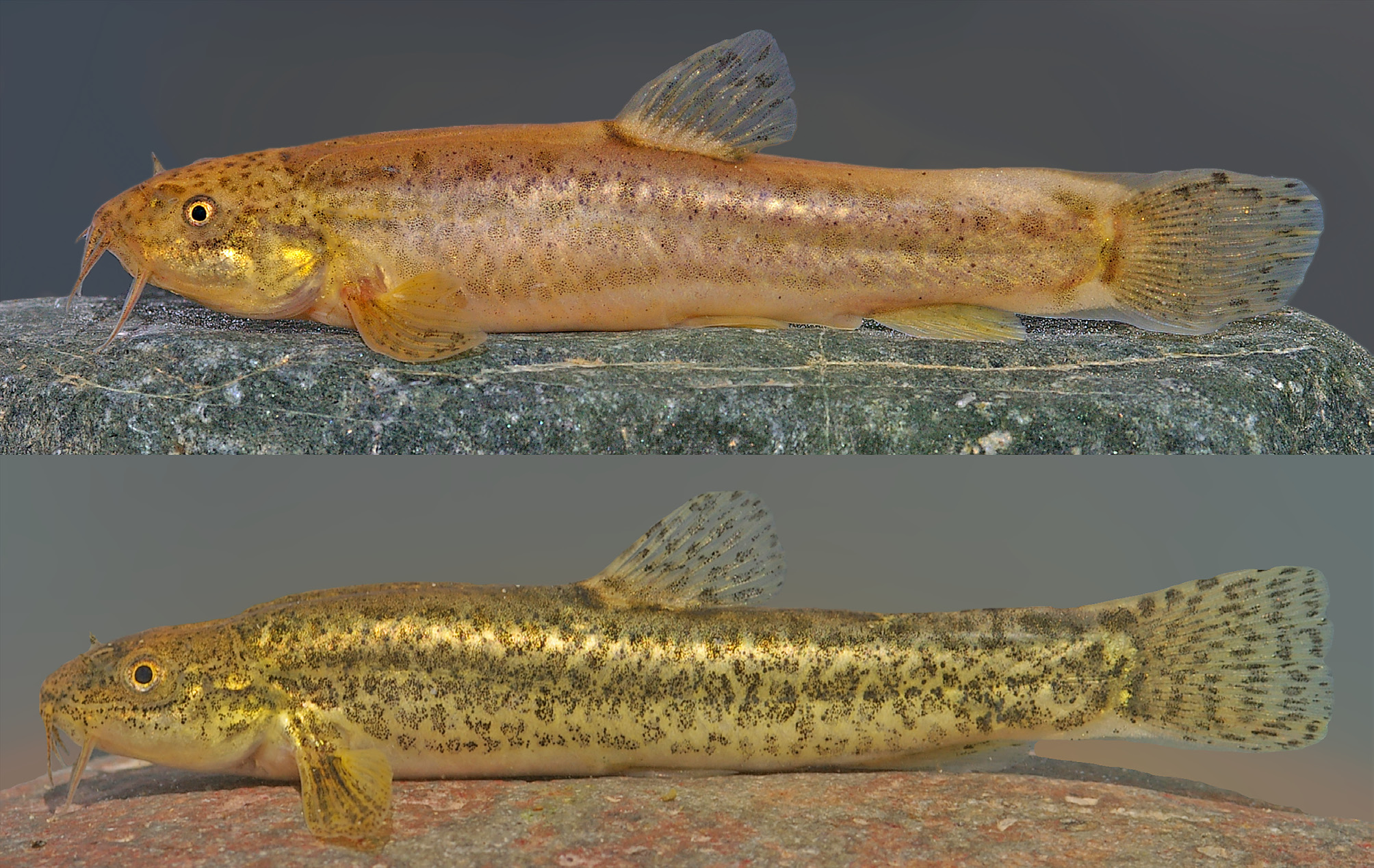