Description. Based on 5 individuals of IRO-001-005. Body length 10–22 mm including scaphe, width 5 mm at cephalic region, 2 mm at tail. Crown (operculum) with 13–16 paleae on each side. Paleae tapering to pointed tip. Tips with rough teeth on inner side, recurved. Cephalic membrane (cephalic veil) with 10–15 papillae. Raised cephalic rim without marginal papillae.

Taxonomic remarks. This species was first described from the Ise Sea (= currently Ise Bay) by Okuda (1938) and later redescribed by Imajima and Hartman (1964) as Cistenides okudai   , new name. Kitamori (1965) recorded the same species with a note on uncini, as a species of Pectinaria   . Recently the species was recorded in Shinjiko and Nakaumi Lakes and Seto Inland Sea ( Nishi et al. 2012, 2013). The genera Cistenides   and Pectinaria   are distinguishable by the number of rows of large teeth in the uncini, the former has a single row of large teeth, the latter has two or three (or four) rows of large teeth. Based on scanning electron microscope observations, Pectinaria okudai   (= Cistenides   sp. sensu Okuda 1938) has 3–4 rows of teeth ( Fig. 9 View FIGURE 9 D; Nishi et al. (2012) and thus it had moved to the Pectinaria   from Cistenides ( Nishi et al. 2012)   . Hutchings & Peart (2002) showed the diagnosis of Pectinaria   as “Neurochaetal uncini with major teeth arranged in two rows” (p. 110). Then we have changed the generic character to “uncini with 2 or 3 (or more) rows of teeth” (see above diagnosis of the genus) because some Pectinaria   have 3 or more rows of large teeth in uncini.

Pectinaria okudai   is differentiated from other species in the genus by the number of uncinigerous tori and uncini shape. 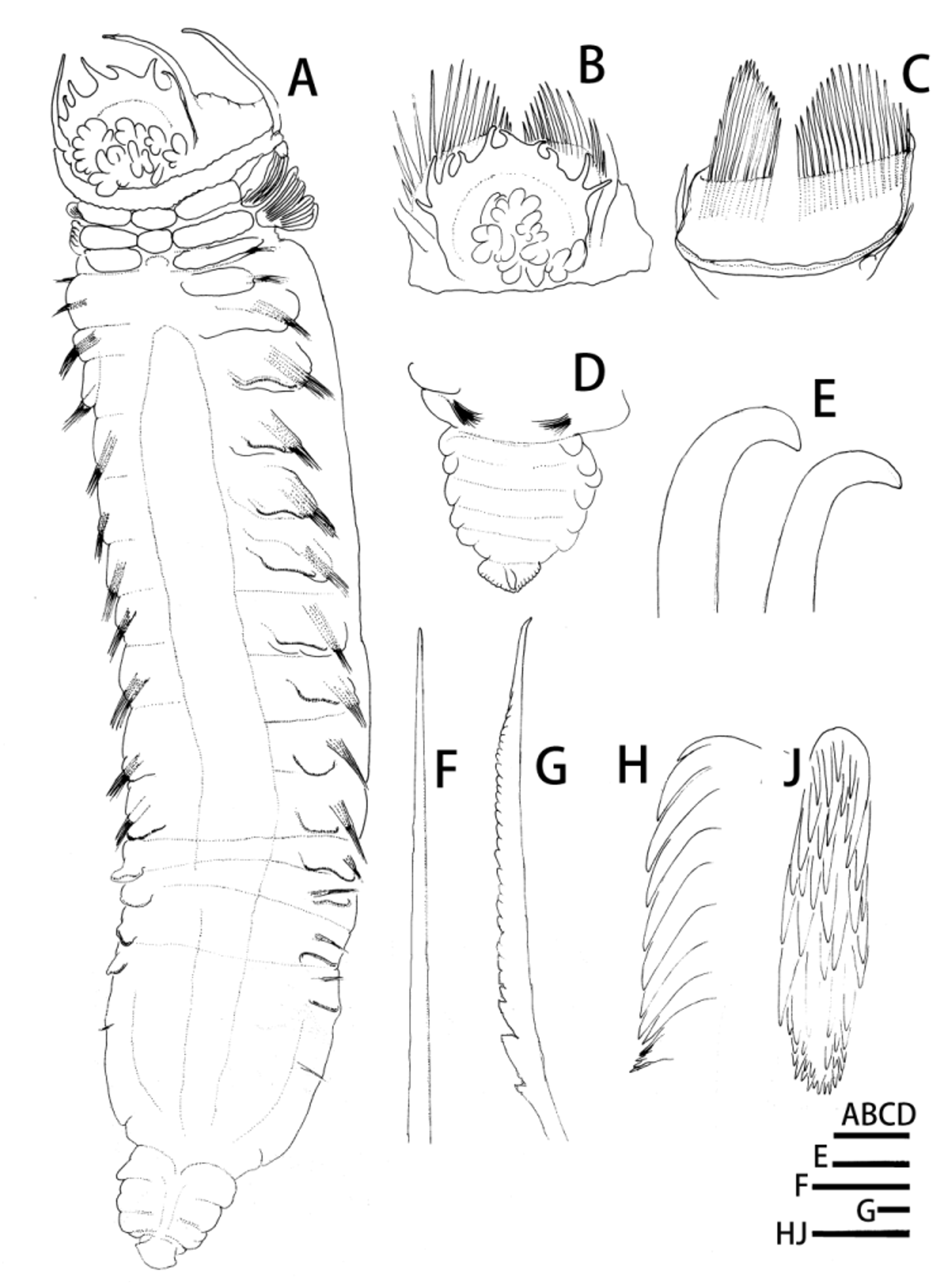