Material examined — 7 – 11 specimens of 3 populations from the Eastern Romania (grasslands and cultivated soils)  .

Diagnosis — Species of medium size, chestnut to brown in colour; it is one of the larger species of this genus (Table 1). Tegument without obvious ornamentation, excepting ventral plate that can show fields with foveolae. Prodorsum conical, with convergent lamellae, their width decreasing to the apex ( Fig 3a, bView FIGURE). Prodorsal setae robust and barbed. Sensillus fusiform elongated, with lanceolate end. Notogaster oval, with 13 pairs of notogastral setae, simple and relatively long ( Table 2). The areae porosae (4 pairs) are oval, Aa larger than A 1 -A 3, being typically positioned. Epimeral region strongly sclerotized, with the setal formula 3:1:3:3. Genitoanal region with the typical chaetotaxy.

Remarks — The material collected in Romania is very close to the original description of Willmann (1949), also to redescription of Kunst (1957). Travé (1961) observed some differences between his specimens and those described by Willmann; subsequently, many authors referred to pannonica, sensu Travé. Comparing  these descriptions and/or illustrations it seems to be two different entities. Differences can be observed in the shape of sensillus, shape of lamella ( Travé 1961, Weigmann 2006), length and number of notogastral setae ( Bayartogtokh 2010).

Distribution and autecology — Palaearctic species ( Subias 2004). O. pannonica  can be considered a typical meadow species; in Romania it was recorded especially in hilly pastures and hayfields (reaching abundance of 4,900 individuals/m 2), and only accidentally in forests; also, it was found in cultivated soils, proving tolerance to some degree of salinity ( Vasiliu et al. 1993). 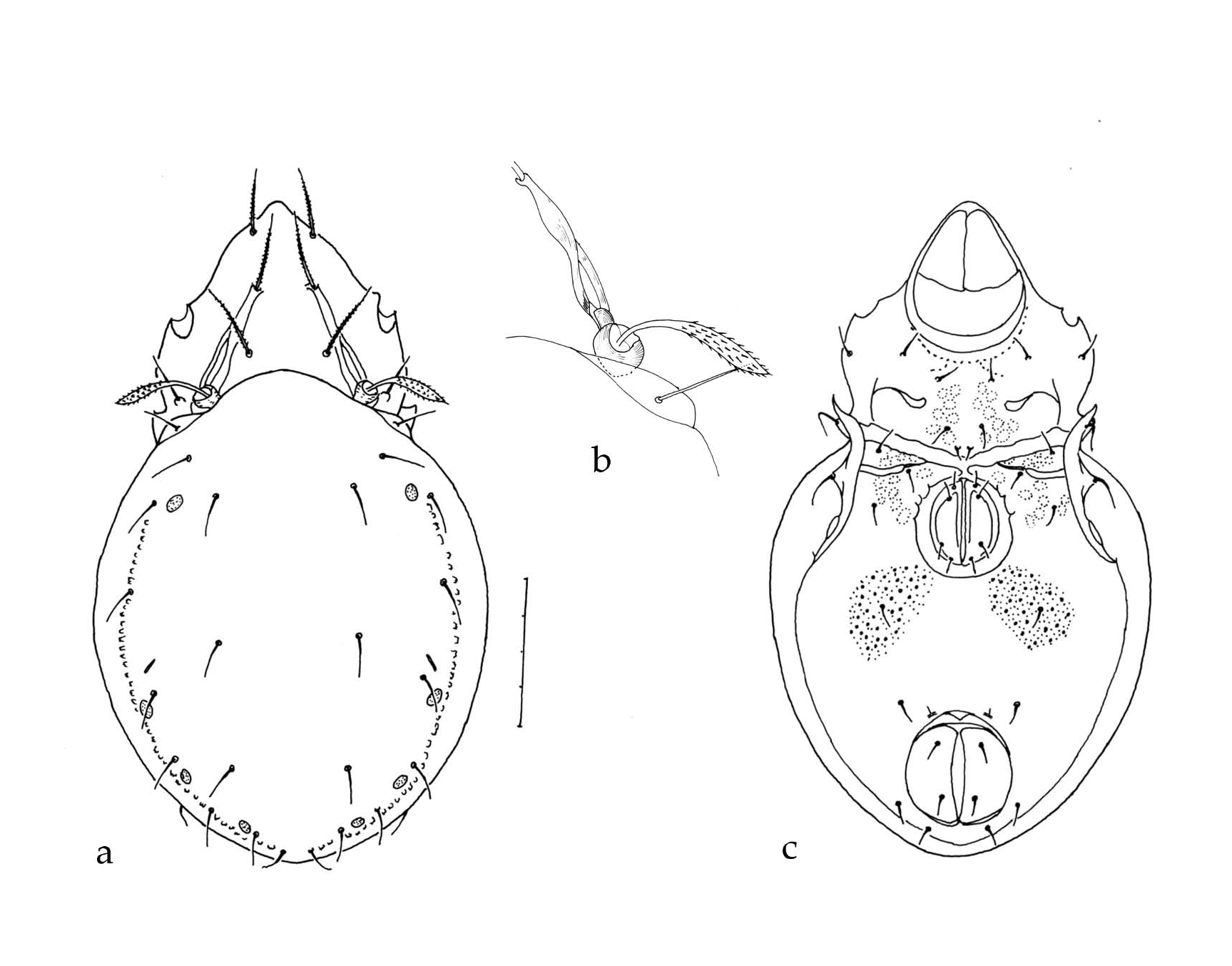