Remarks — At present, this species is considered synonym of O. interrupta  ( Subias 2004, 2012). However, a number of characters differentiate the two taxa, such as: shape of sensillus, width of lamella, absolute and relative length of notogastral setae (twice as long in O. sitnikovae  ) ( Table 2).

Distribution — NW of the former USSR ( Subias, 2004). O. sitnikovae  has been recorded in mountain habitats, as meadows and subalpine shrubs from Calimani, and respectively Rodna Mountains (Eastern Carpathians). 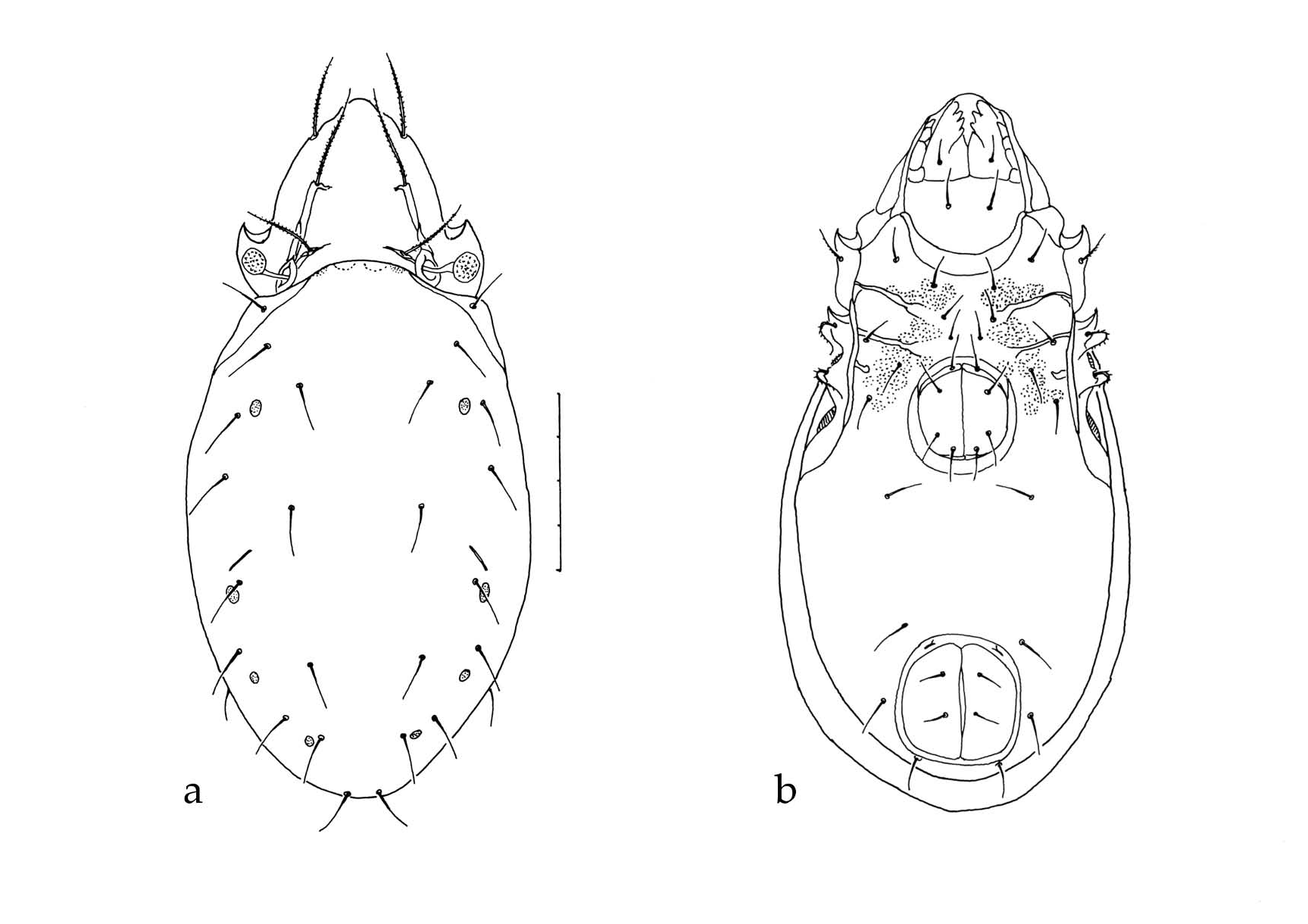