Remarks. This species is hexamerous, reproduces asexually by division, and reaches a maximum size of about 2.5 mm disk diameter. This is the first six-armed species of Amphioplus   and the third species of the genus known from the deep North Atlantic. The specimens from the Gulf of Cadiz closely resemble the description and images given by Stöhr (2003). This is obviously a morphologically variable species; in the range of body sizes observed in this study, key features such as the arrangement of the oral papillae and buccal scale are often not developed. It is only in the larger specimens (disk diameter> 2 mm) where the tentacle scales develop and are conspicuous. On the dorsal surface the development of the radial shields changes from small plates only separated at the inner edge to more elongated, larger plates separated nearly the full length of the plate only contiguous at the outer end. Smaller specimens show distinct evidence of fissiparity with one side of the disk being less well developed and smaller.

Ecology and distribution. This species was described from southwest of Iceland at depths of 1000–1500 m, collected by the Benthic Invertebrates of Icelandic Waters (BIOICE) programme ( Stöhr 2003). In the Gulf of Cadiz ( Fig. 7 View FIGURE 7 E) it was collected from the Pen Duick Escarpment and mud volcanoes of the Moroccan margin usually in areas with carbonate crusts or coral framework at depths between 414 and 1390 m extending the upper bathyal limit from 1000 to 414 m. The records from Cadiz also extend considerably the known geographical range of this species. 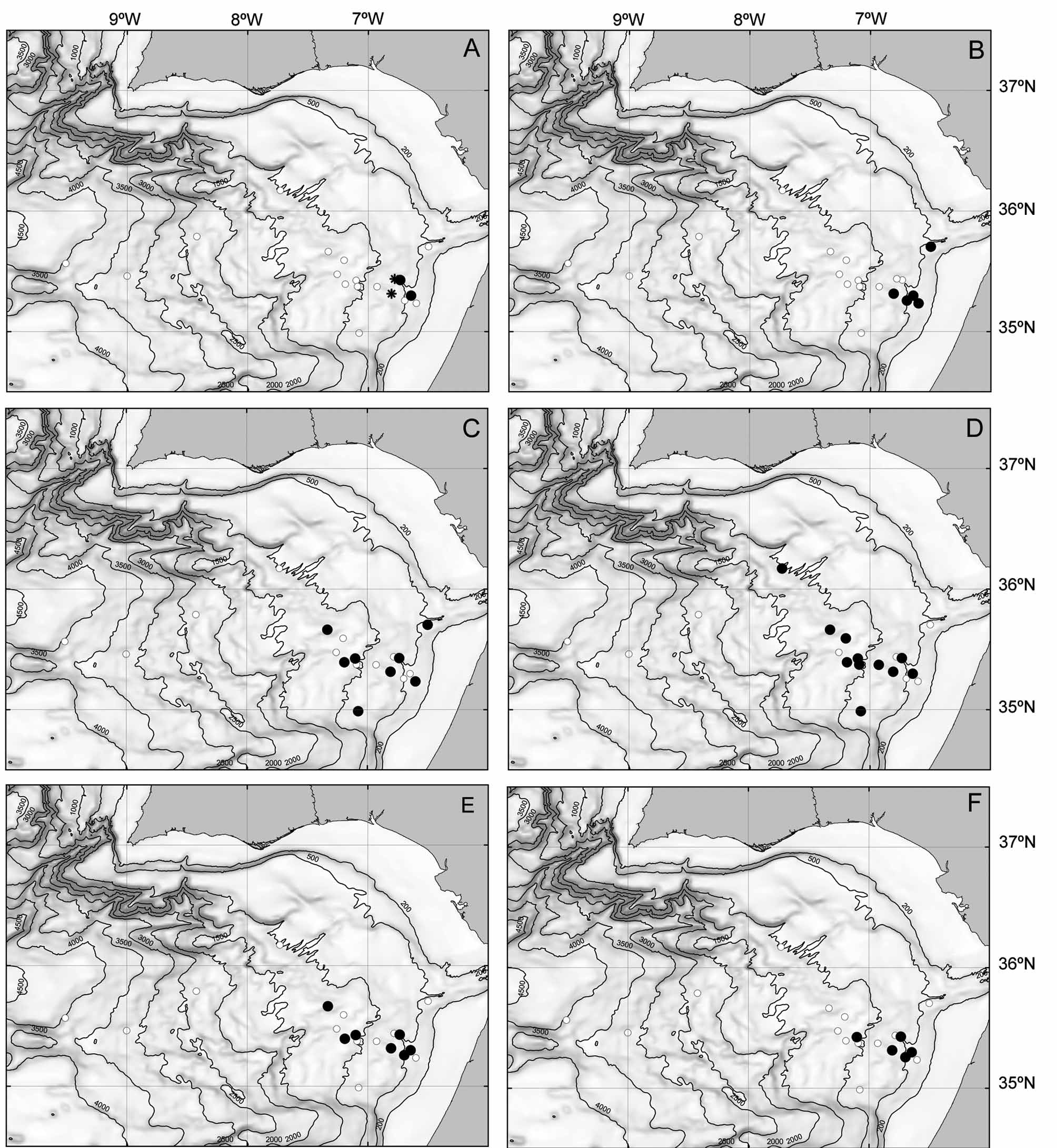 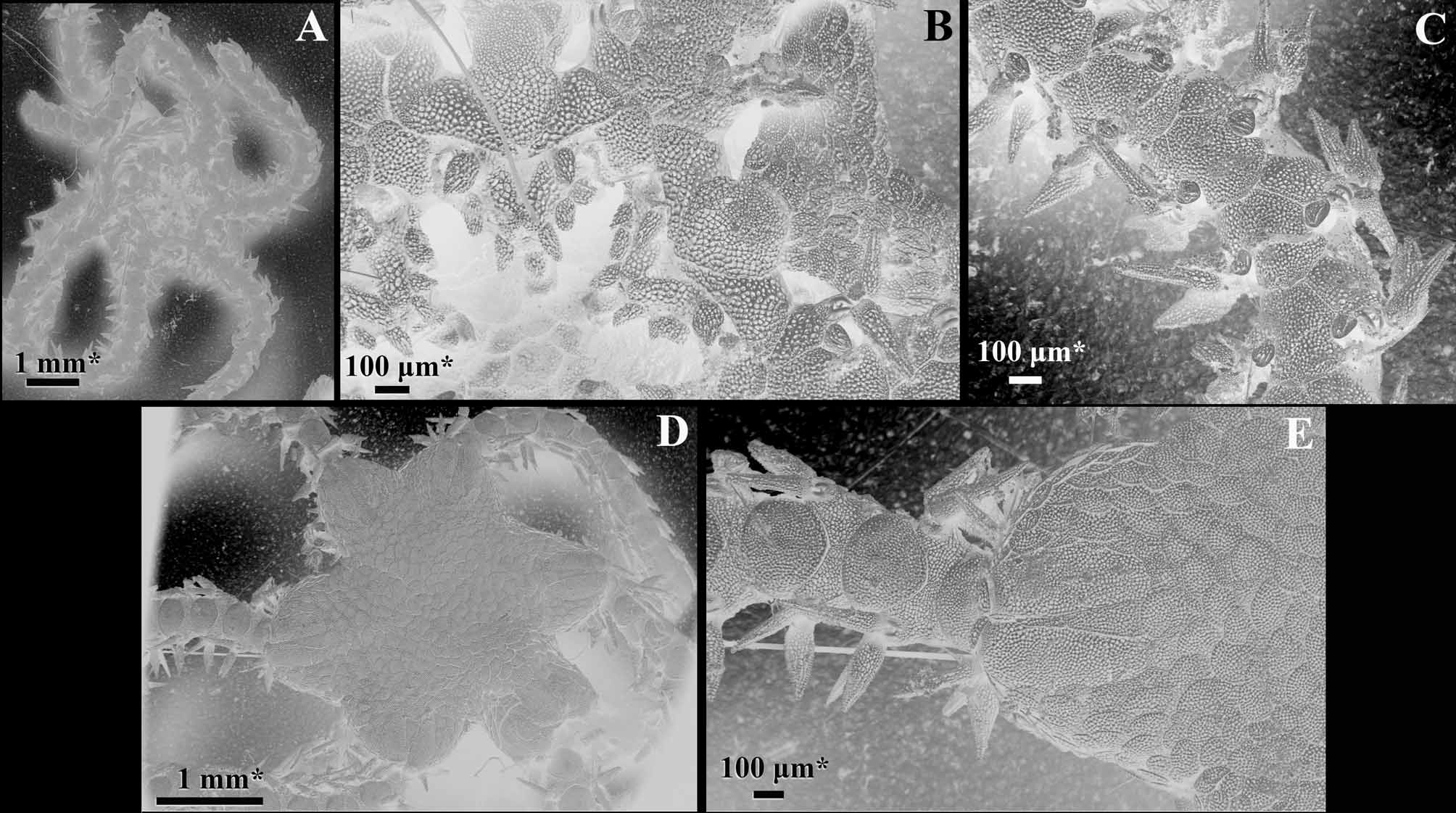 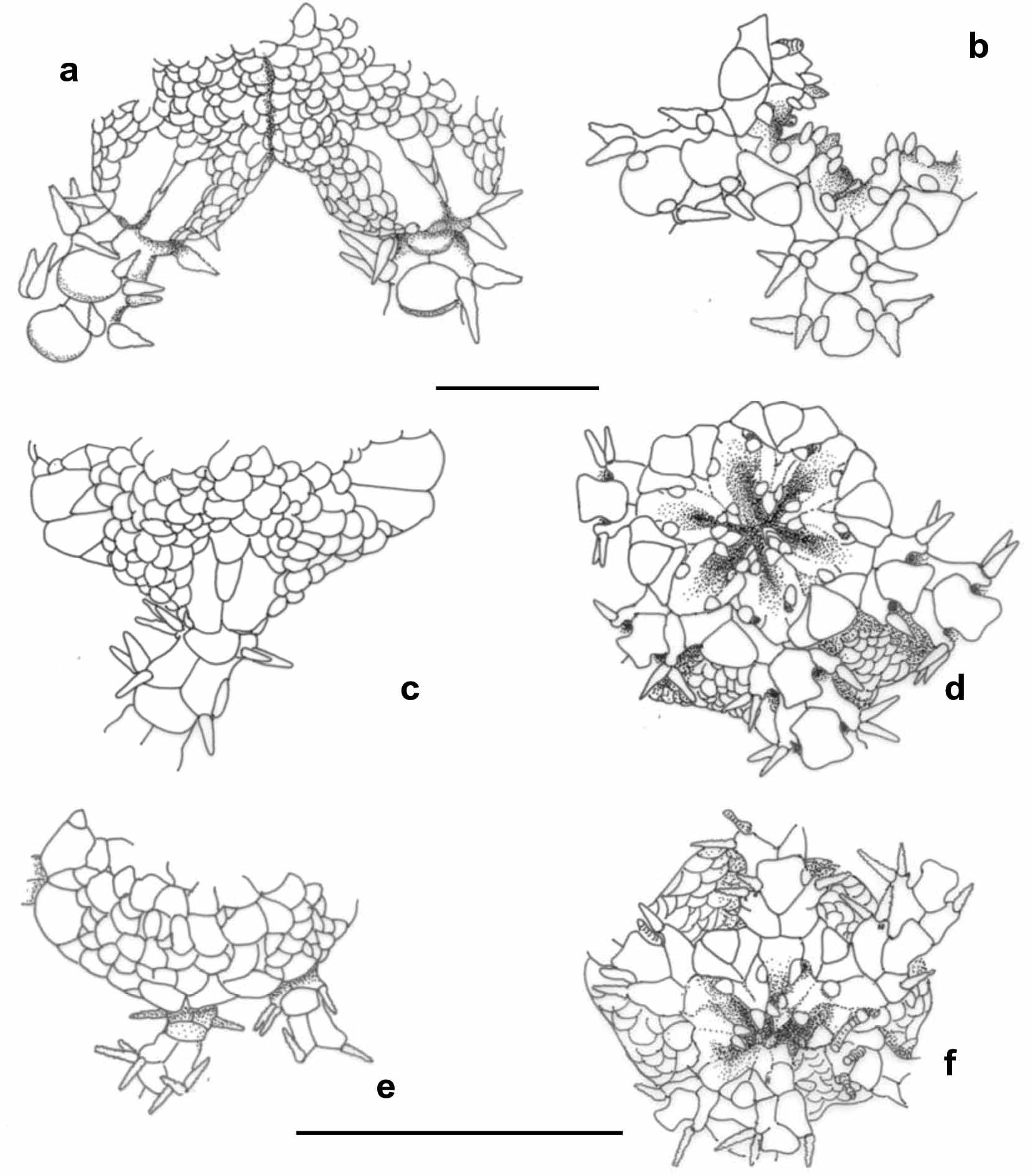