is the hop aphid, adventive and widespread in North America at least since 1863 ( Foottit et al. 2006). Apterae of P. humuli   can be distinguished from those of P. cannabis   by the absence of flabellate setae and by shorter setae on antennal segment III ( Fig. 2b View Figure 2 and 4b View Figure 4 ). This species is common and damaging on hops in North America, especially in the Pacific Northwest and is not known from Cannabis. The aphids overwinter on Prunus   , particularly ornamental purple leaf plum, Prunus cerasifera Ehrh   ( Rosaceae   ) (S. E. Halbert, personal observation). 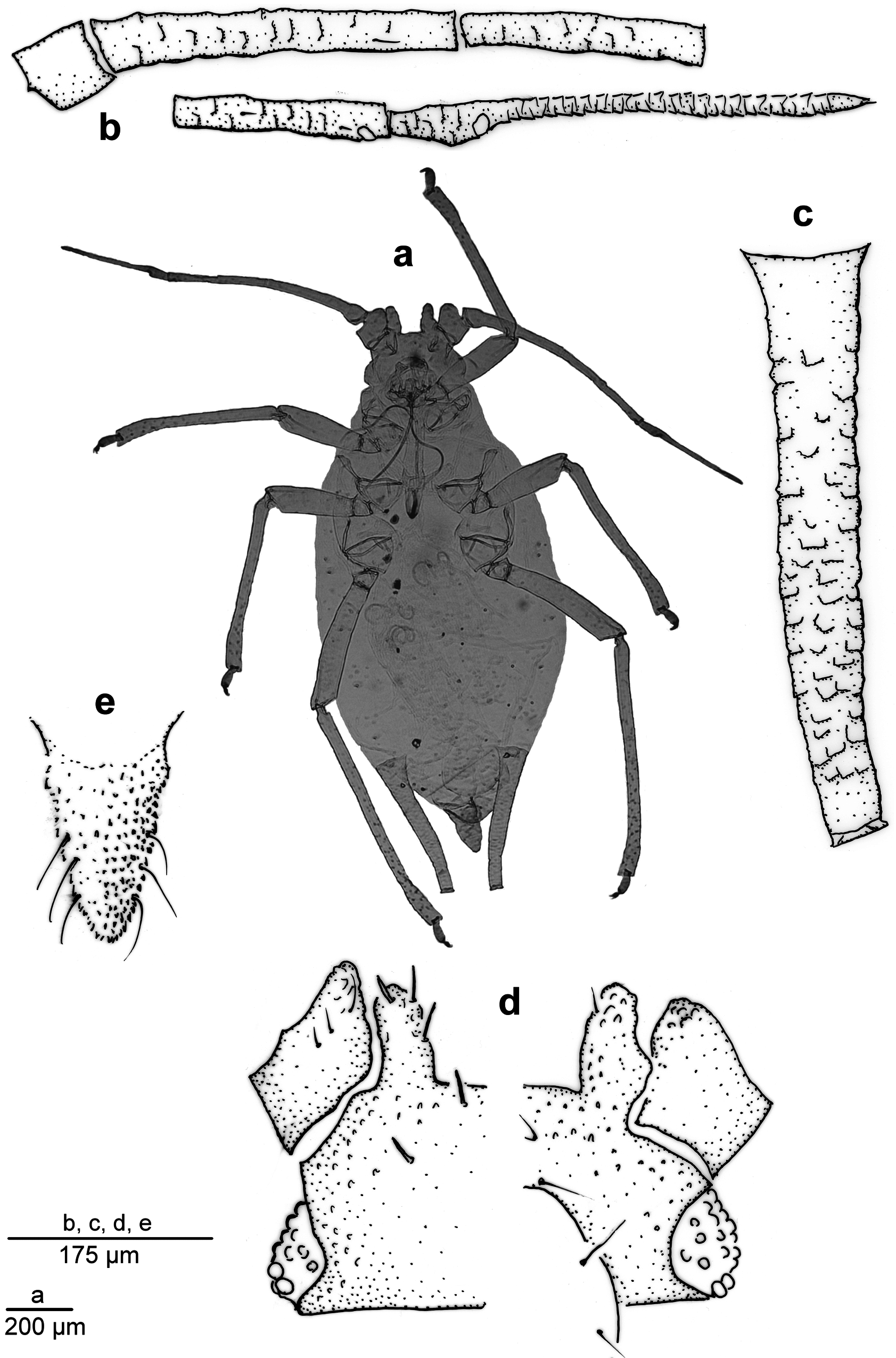