Additional examined material included all specimens listed as “additional material examined” in Chang & Song (2002: 206). This material was collected from other islands in the Korean East Sea, along the south coast of the Korean Peninsula, and around Jeju Island (see further details in Table 1 View Table 1 and below under description of Echinoderes songae Sørensen & Chang   sp. nov.).

Specimen with slender middorsal spines on segments 4 to 8, and lateroventral spines on segments 6 to 9; middorsal spine on segment 6 reaches posterior segment margin, whereas middorsal spines on segments 7 and 8 reach well beyond their respective posterior margins ( Fig. 18B View Fig ). Tubes present in ventrolateral positions on segment 2 ( Fig. 18D View Fig ) and lateroventral positions on 5, and in midlateral positions on 10. An incomplete midventral, intracuticular fissure is present on anterior half of segment 2 ( Fig. 18D View Fig ). Complete overview of glandular cell outlets type 1 distribution could not be obtained, but we see indications of paradorsal outlets on segment 6. Glandular cell outlets type 2 are not present on any segment ( Fig. 18E View Fig ). Female lateral terminal accessory spines are short, with stout bases. Female papillae were difficult to examine, but indications of ventrolateral papillae with a tubular substructure were observed on segment 7 ( Fig. 18C View Fig ). All characters that could be observed fit the emended diagnosis of E. aureus   , which suggest that E. lanceolatus   is a junior synonym of this species. 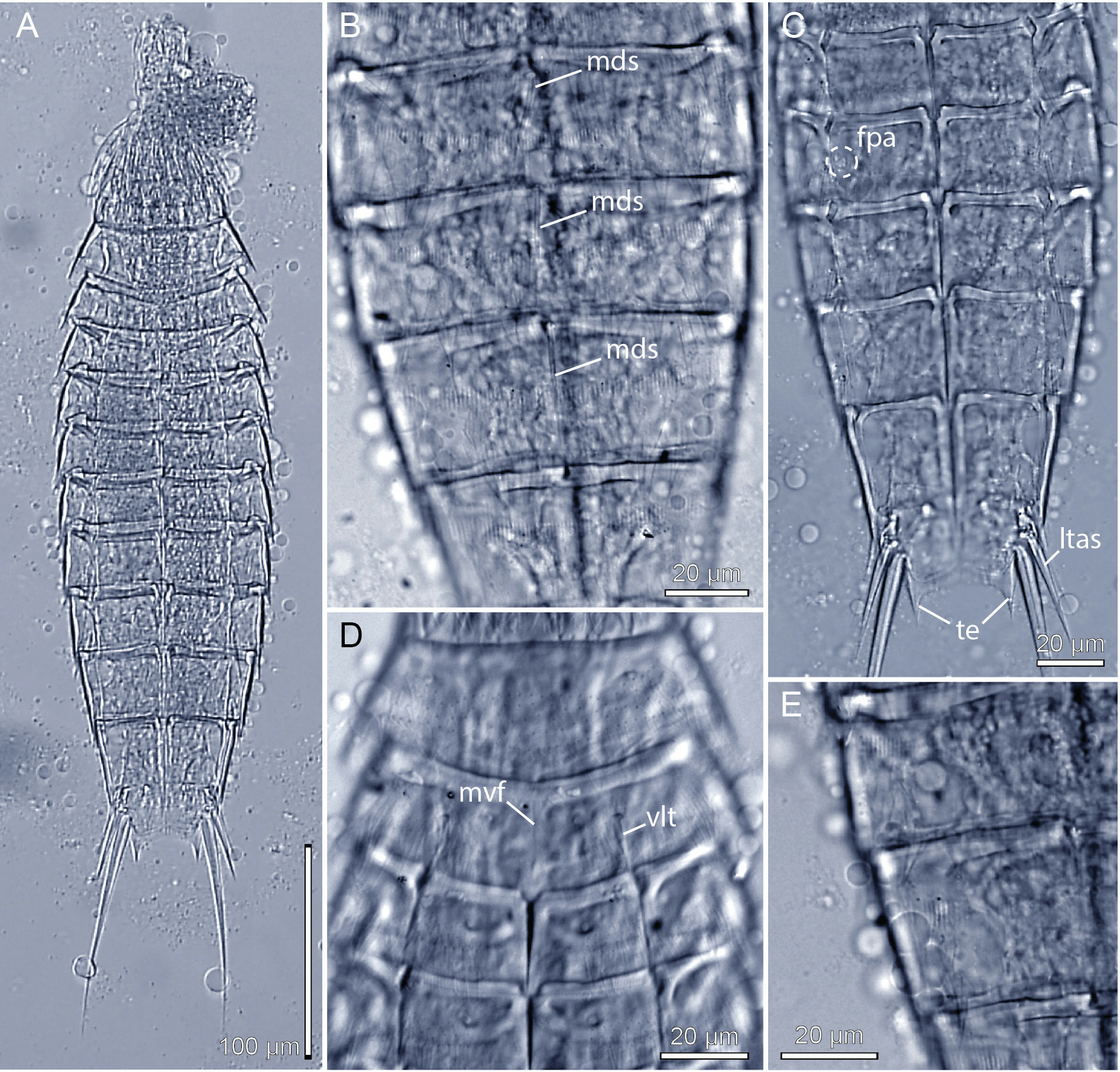